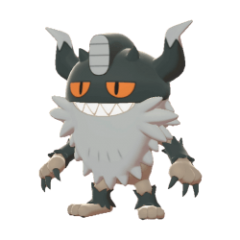 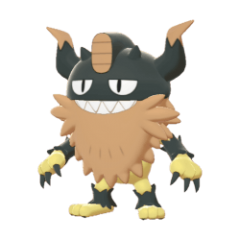 One of the first Pokemon directly from the Galarian Pokedex, Perrserker is a pure Steel Type in a world that is looking at not only Meteor Mash Metagross, but Shadow Meteor Mash Metagross showing up on raid graphs. Perrserker is not going to make PvE waves, but at least that glorious beard can scare away would-be attackers from gyms... despite the fact that it doesn't put up much of a fight on defense either.

Shadow Claw is one of the best fast moves in the game, and is recommended despite the lack of STAB. Metal Claw benefits from STAB, but has disappointing energy generation.

Foul Play ties for the least amount of energy needed, and provides consistent damage that's relatively neutral. Close Combat can be chosen for its incredible damage output and wide coverage, but is risky to use due to its self-debuff. Play Rough offers coverage against Perrserker's weakness to Fighting-types, though it may not be enough to win in an even fight.

Perrserker is a mono-Steel type with average bulk, and a very unusual moveset. The lack of STAB on its more viable movesets is somewhat inefficient in terms of damage output. However, it's unique coverage as a Steel-type can prove very useful in limited formats like Silph Arena cups.

Perrserker's limited bulk in Ultra League is a major flaw in its role to counter popular Ghost and Steel-types. The lack of STAB is also unfortunate. Losses against a significant portion of the meta prevent Perrserker from being rated any higher.

Zekrom, New Research Breakthrough, and Other Events Coming in June