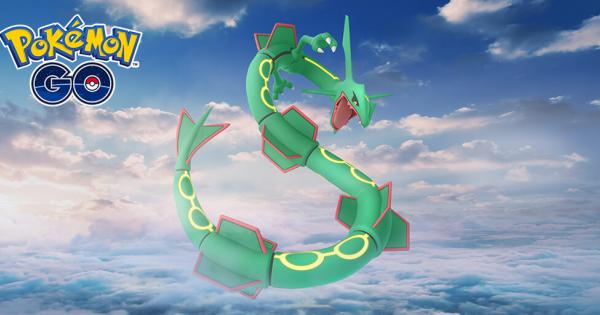 Weather Week is right around the corner, and it was previously announced that this event would feature a special raid weekend, so what Pokemon makes more sense for a weather event than the master of the renowned weather Trio, the Sky-High Pokemon Rayquaza

Since its release, Rayquaza has been a top contender among Dragon Types... for raids, anyway. With an ideal moveset and an outstanding Attack stat, it's a must-have for all but the three-or-four dozen of us that don't have any good specimens of the Shadow Dragons. But what about those of us who already have a solid Rayquaza? Well, we have a few reasons to raid this majestic beast:

While Hurricane isn't a great move, it's a definite improvement on any Rayquaza used as a Flying Type attacker. This is very nice, especially since we still don't know when/if we'll see its signature attack, Dragon Ascent.

We're guaranteed XL candy for every Five Star raid, so raiding Rayquaza has the potential to be very lucrative in this regard for those of us that want to take our dragons beyond Lv.40.

To start with, we do not have anything even resembling confirmation that Mega Rayquaza will be coming for this event. In fact, we can virtually guarantee that Mega Rayquaza is still a ways away. However, this is a chance to try for a stronger Rayquaza in preparation for the rise of the Dragon King. 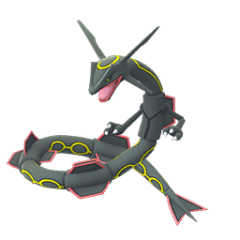 It's a well known fact that Rayquaza has one of the better shiny formes in the whole of Pokemon Go, so any chance to catch this majestic creature is worth taking.

Between Shadow Mamoswine and Mega Abomasnow, the duo is very, very doable on this monster. Take advantage of this fact and ground the dragon with our newest Ice Type toys!

Overall, Rayquaza's return is always a source of excitement for much of the player-base, so let's get ready to freeze this dragon!

Do you have any favorite "Revenge" wins
So I’m defining a revenge win as a pokemon that beats a pokemon that “Always” walls…
Teams that work about the same in Great League and Great League Remix
I cant be the only person who accidently enters Great League instead of Great League…
When it comes to the higher ranks of GBL, are there any leagues you find easier?
Personally I find master league classic to be the easiest when I get to the higher…
What should my Mew move set be?
I’m newer to the game so I’m not too familiar with the meta at each level yet. I…
Reverse engineering PVPoke's modified stat calculations
I use PVPoke to simulate battles for GL & UL, and while a great resource, only…
Read More