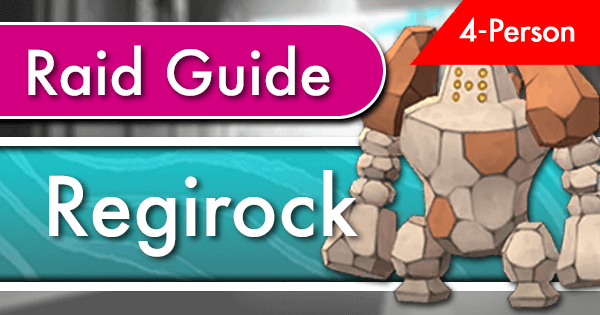 Regirock is as tough as rocks - which also means that it has 5 weaknesses, the most in the game among all single types. As such, a plethora Pokemon can manage the 4-man run. However, keep in mind that the odds of having to relobby are almost assured due to Regirock's bulk, so have a second viable team ready to switch off to so that you don't have to revive before you re-enter.

Regirock can technically be trioed by a team of Metagross with a bit of luck or some others with the right weather and Friendship Boosts, but this guide focuses on the more realistic neutral 4-person run

Regirock has been re-released. This time it shows up as a Tier 5 with an appropriate timer, but it has the stats of a Tier 4. This lowers the requirement to 30 DPS total to defeat, and makes a 2-player raid possible with select counters and/or friendship/weather boosts. 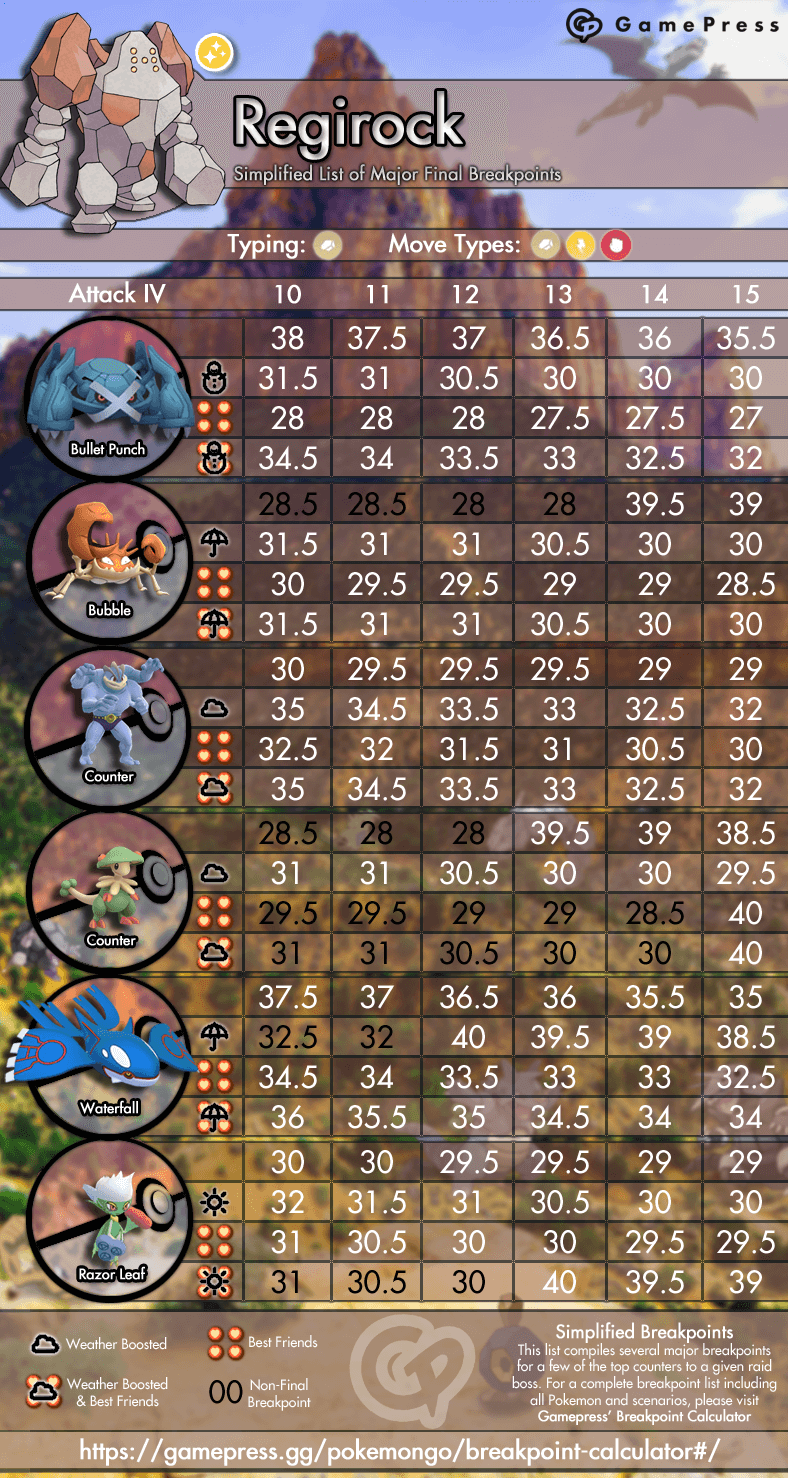