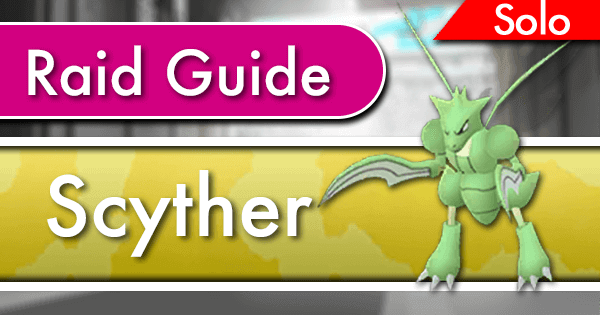 Scyther’s stats are on the lower end for a tier 3 boss. Due to this and a double weakness to Rock, Scyther is another tier 3 boss that can be soloed by a fairly low-leveled player, being slightly less pathetic than Porygon.

Most of Scyther’s moves are resisted by its top counters, and Fury Cutter in particular barely tickles attackers. Its charge moves, although weak, are fast and frequent and can grind away at a lower-leveled team.

Literally identical to Lunatone in this matchup