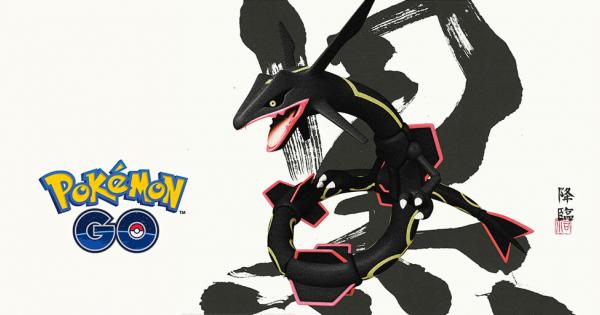 On July 27, 2019, @PokemonGOApp tweeted mysteriously about something that is happening "soon".

Pokemon GO YouTuber @PkmnMasterHolly followed up the tweet with a notice that she'd be going live at 1 PM today.

The announcement was for Rayquaza returning to be the raid boss after Armored Mewtwo. Starting July 31st, and going until September 1, Rayquaza will be available as the raid boss with a chance to capture its shiny form.

Rayquaza is said to have lived for hundreds of millions of years in the ozone layer, descending only to put the clash between Kyogre and Groudon to rest. Seeing as the Sea Basin Pokémon and the Continent Pokémon have both been active recently, it’s no surprise that this normally reclusive Pokémon has reappeared in their place!

This Dragon- and Flying-type Legendary Pokémon is weak to Ice-, Rock-, Dragon-, and Fairy-type attacks. In fact, Rayquaza has a quadruple weakness to Ice-type attacks, so be sure to have Pokémon with those attacks ready when going into battle!

May the winds of fortune blow in your favor. Let’s GO!