TDO: How to Calculate a Pokemon's Ability OUTDATED

TDO: How to Calculate a Pokemon's Ability 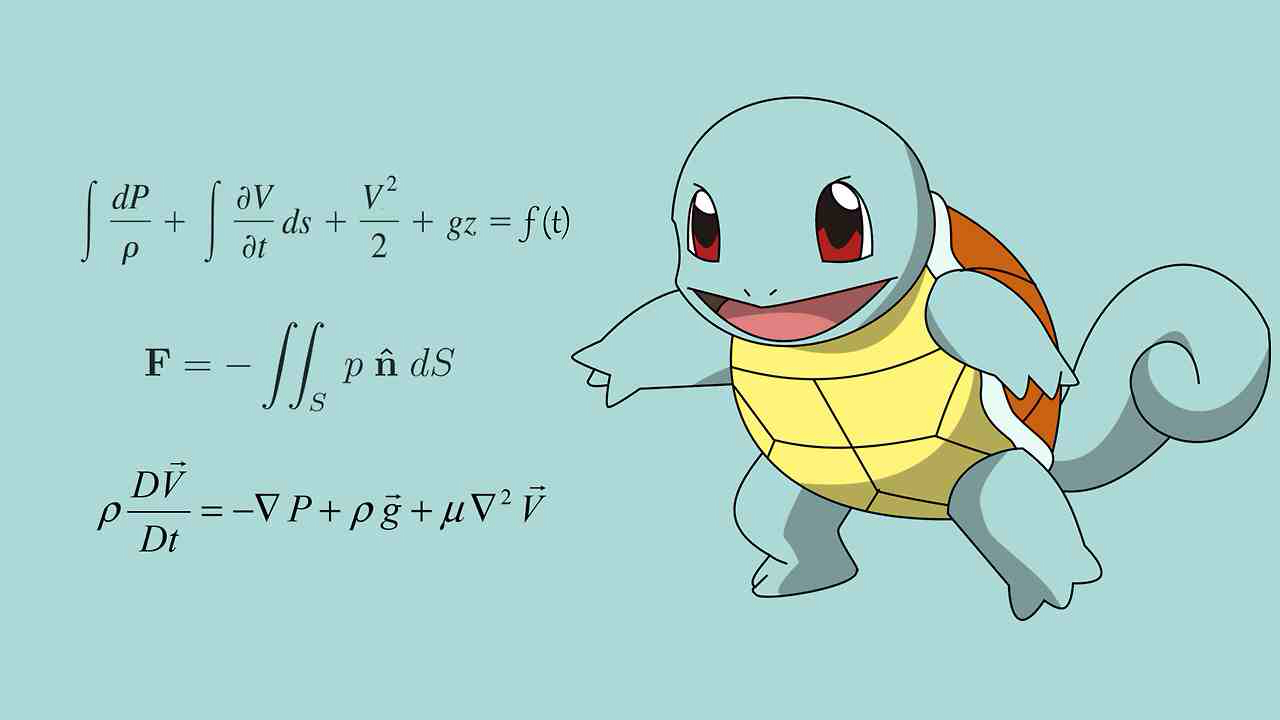 While battle simulations are more accurate for specific situations, TDO, which stands for "total damage output", can be a very useful way to rank pokemon and their attacks. TDO is equal to the amount of damage a pokemon can dish out before dying. The advantages of TDO include:

Actual TDO requires battle simulations to calculate. But TDO is easy to approximate with just a formula. This approximation is what is seen on pokemon spreadsheets*. Not everyone uses the same approximations, and some formulas are better than others. We have spent some time to come up with a formula that incorporates energy gains from taking damage and other edge-effects.

The approximate formulas for TDO and tankiness itself are simple.

DPS1 is your DPS against a target with 1 defense, and HP, DEF are the hit points, defense of your pokemon. But even though these formulas are short, the formula for DPS itself is a bit more complex. This is to take into account corrections for energy gains from damage and wasted energy gains from dying early. It is given in its full form at the very bottom of this page!

*Actually what is used is not TDO, but a formula which is proportional to TDO, meaning the TDO of each pokemon is off by some constant factor. This is good enough, because all that we need is each Pokemon's relative ranking to make moveset or counter decisions.

The spreadsheet has every pokemon so it is too big for this page. It lists all combinations of moves, including legacy moves.

Survival time was based on t5 raid bosses.

Tankiness has some flaws too. Doing lots of damage actually should decrease your survival time because the enemy gains more energy. This is not accounted for in just DEF * HP, but for gym defenders it won't make a big difference.

In a world of simulations, what is the use of TDO anymore? A few things. Simulations are good at looking at very specific matchups, but it is very hard to average simulations in an accurate way that gets an overall metric of a pokemon as each battle introduces different biases. This makes approximate TDO and DPS an attractive, yet approximate, overall metric.

Another advantage of TDO is ease of use. You just plug and chug... no programming. Use it on excel sheets etc to get quick results without investing a lot of time and effort on tons of simulations.

Proof that TDO is a Good Metric to Use

The base formula is simple: TDO is approximately proportional to $$TDO_{prop} = DPS1 * HP * DEF$$ Before deriving the DPS formula, I will show why a pokemon with higher TDO always wins. The pokemon that wins is the one that does a higher percent of the enemy's HP per second. In other words, pokemon A will win against pokemon B if: $$\frac{DPS_A,avg}{HP_B} > \frac{DPS_B,avg}{HP_A}$$

Then multiply by HP_A * HP_B on both sides of the equation to get the equivalent condition:

Therefore DPS * HP is what determines which pokemon wins. But DPS_A depends on DEF_B and vice-versa... It would be nice to have only properties of pokemon A on the left side, and only pokemon B on the right side. So let's define a new variable, DPS1, which is DPS but with the DEF factored out. It is the DPS you would do against a target with 1 defense:

Plug it into the inequality:

So equivalently, the pokemon who wins is the one with the highest DPS1 * HP * DEF. Often TDO is seen written as ATK * DEF * HP... you can see that these are similar because DPS is proportional to ATK. But DPS1 * HP * DEF is more accurate so it is the one we will use.

Derivation of the TDO Formula

In the last section we showed the TDO formula and justified its usefulness:

HP and DEF are the base stats of the pokemon whose TDO we are finding. Base stats can be found in the game master file or on gamepress. Now we just need to find our pokemon's DPS. We can find DPS instead of DPS1 because they only differ by a constant factor equal to the enemy's defense... but we are only finding something proportional to TDO anyway, so that constant factor doesn't matter.

To figure out the DPS formula, let's write a few definitions. A "cycle" is a series of Fmoves, and then one Cmove. wDPS, or "weaveDPS" is the damage per second you do on average throughout that cycle, while "weaving" together fast and charge moves. Since DPS is damage over time, over one cycle wDPS can be calculated as

So now we need to find expressions for nFPC and CT. CT can be broken down into the time spent on each move type:

CDuration and FDuration can be found in the game master file. So now we just need nFPC to plug into the DPS equation. The number of fmoves per cycle can be calculated as

The formula above is just the ratio of Fmove energy gains divided by total energy gains. Remember that in pokemon go, you take gain half of the damage you take back in energy. So next we can plug in

EnemyDPS is not known since much of the usefulness of TDO is that it only depends on the attacker, but an approximate formula we will use for tier 5 raids is EnemyDPS = 1930/DEF. With PercentEnergyFromFmoves, we are now ready to calculate totalFmoveEnergyGainsPerCycle.

This formula needs some explanation. At first you might think that the whole thing should just be CE. The remaining term is there to account for leftover energy from the previous cycle:

- CDuration * EPS_dmg is there because we are only counting the period from the end of the previous Cmove until the beginning of the next Cmove. But before this period - namely, while the previous Cmove was happening - you were still taking damage and gaining energy for it. That energy gain is equal to CDur * EPS_dmg. On the first cycle you do not have this energy, but we do not change the formula to account for that because there are extra energy gains in the first cycle from the extra Fmove which the defender does at the very beginning of the battle.

A little note: For full-bar charge moves we can make the above expression for energy gains more accurate by replacing it with $$CE +FE/2- (CDur - CDWS) * EPS_{dmg}/2$$

The above correction comes from the fact that for full-bar moves you can only begin to gain energy once you have used up the Cmove's energy. This modification won't make a huge difference, and it adds an "if" statement to the formula depending on CE, so it may be skipped.

Now we can wrap the previous equations together:

..and divide to get

$$ nFPC = \frac{totalFmoveEnergyGainsPerCycle}{FE} $$ Now we are finally ready to calculate wDPS, which is the average damage per second you get throughout a cycle. We had $$wDPS_{simple} = \frac{CDmg + nFPC * FDmg}{CT}$$ Why did I add the "simple" subscript to wDPS? Often, the battle ends and you still have wasted energy left. So for the last 0.5 cycles or so, your DPS will just be FMove DPS. We can account for this by taking a weighted average of wDPS with FDPS, which is the DPS you get from just spamming Fmoves: $$wDPS_{actual} = $$ $$\frac{nC * wDPS_{simple} + 0.5 * FDPS}{nC + 0.5}$$ where $$FmoveDPS = FmoveDamage/FmoveDuration$$

0.5 is subtracted here because this formula should have a floor() function in it: If you don't survive until the end of the cycle, you don't get to do the Cmove. But the floor would give it discontinuities which give bad results, so we "average it out". But since a floor() function always rounds down, biases by 0.5. This bias must be included.

At this point, there is a chain of variables to plug in, everything is expressed in terms of numbers which can be found in the game_master file or on Pokemon go websites, like base stats of a Pokemon. Below is a summary.

Summary of the Formulas

TDO can be calculated starting from only the following numbers:

The formula for TDO can be put in terms of only the variables above. But in this form it is very long and cumbersome. Instead we will build it up out of smaller formulas. The base formula is

The DPS variable technically should depend on the enemy's defense. For this we will later plug in a typical defense of 200, although it does not matter as the order of results won't be affected by what we choose. The order is how we make decisions of which pokemon and moves are best, so that is what matters. Next we have

To use the TDO formula it is not important to know the meaning of the intermediate variable names, like FDmg and nC. But if you are curious what they mean, check the derivation section.

The variables we still need to explain are FDmg, DPS_simple and nC:

Now all of the variables so far can be found in the game master file, except for nFPC and CDmg.

For some additional accuracy, for moves with CE=100, replace CDur with (CDur - CDWS) in the equation above.

So with these formulas you can calculate the TDO of any pokemon/moveset combination.

In the spreadsheets on this post, values were all scaled by the same constant so that dragonite's dragonbreath/dragonpulse TDO and DPS match results against a Raikou raid boss, from gamepress' in-house battle simulator. The proportion of all results stayed the same, so the ordering is dictated by the formula. Only the absolute numbers were scaled.