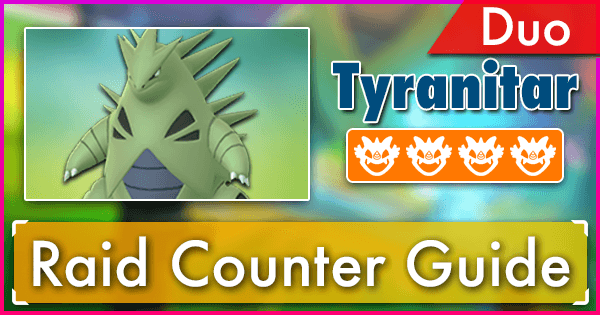 Believe it or not, Tyranitar is a relatively easy duo if you have a proper lineup of Fighting Types, such as Lucario, Conkeldurr, and Machamp. Most fully evolved Fighting-type Pokemon are  actually capable of duoing Tyranitar, though they must be good at dodging tough sets like Iron Tail + Fire Blast.

The boost offered by being a Shadow Pokemon places Gallade roughly in the same ballpark as Toxicroak and Blaziken in terms of overall power. It is acceptable, but not a top attacker in this raid.

Shadow Alakazam is nothing to write home about in this raid. It's extremely frail, and runs the risk of ourtright not being able to throw out a Focus Blast before fainting. Despite this, even if it does manage to land its charged move, its average DPS is only on a par with Breloom or Machamp on average. making it a poor overall choice.