Niantic has now teased the upcoming release of Ultra Beasts, starting with Nihilego. That means it’s time to start looking forward to see how good they might be. Do note that, at the time of writing, we don’t know the actual movesets for these Pokémon, so we’re going to list a few interesting moves they might be able to learn. (so if Nihilego ends up with Charge Beam, Mirror Coat, and Power Gem...whoops for not mentioning them I guess).

What Are Ultra Beasts?

Honestly nobody’s really sure. They’re weird extra-dimensional Pokémon. But their specific classification is controversial, even within the games themselves. Nintendo has referred to them both as “Decidedly not Legendary” and “Legendary.” At the moment, GO has them classified as POKEMON_RARITY_LEGENDARY, though. Unless that changes, that means they won’t be allowed in Premier formats, and they won’t be allowed in gyms. That said, Melmetal’s a mythical that’s allowed in gyms, so…who knows, really. Anyway. There are 11 of the d*rn things, so let’s take a look. 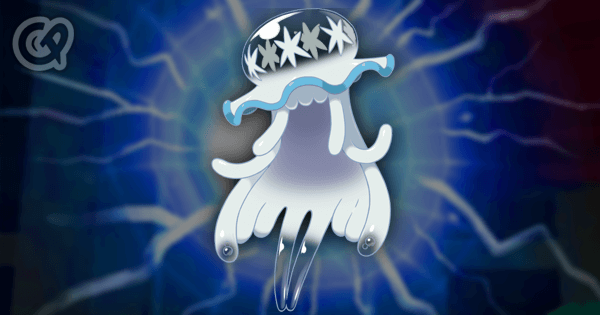 Nihilego’s the first mon they’re dropping, and honestly? Solid chance it’s the best one. It’s a Poison/Rock-type, maxing out at 3,949 CP at Lv40. It has the ability to get Hex and Poison Jab for fast moves, and Sludge Bomb, Cross Poison, Gunk Shot, Rock Slide, Grass Knot, Foul Play, and Dazzling Gleam as charged moves. (Among others, these are just some noteworthy ones). Its key niche is an incredibly advantageous Zacian matchup. It resists Play Rough, and takes neutral from Close Combat and Wild Charge, while hitting for strong Super Effective damage with Poison Jab. It is weak to some fairly common Pokémon (Groudon, Dialga, Mewtwo, Metagross), but its uniquely strong anti-Fairy matchup is absolutely noteworthy. Also exciting is its PvE potential! With Poison Jab/Sludge Bomb, it’s got a higher attack stat (AND better bulk) than Roserade, making it a potential new top Poison attacker! 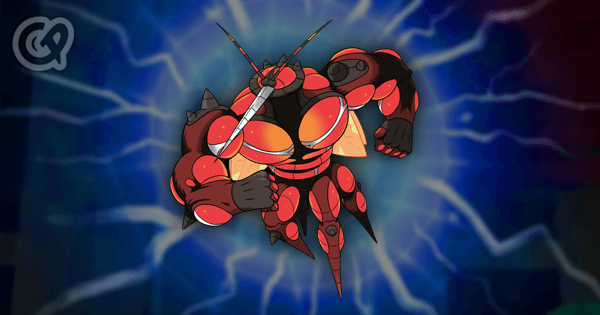 Buzzwole, the buff bug Stand Pokémon, is a Bug/Fighting-type…thing…that has haunted my nightmares ever since Sun/Moon released. Its type combination isn’t quite Master League optimal, but it’s got some incredibly exciting move options. Counter, of course, is the best Fighting-type fast move out there, and it also gets Smack Down, Bug Bite, and Poison Jab for potential coverage options. As far as charged moves go, Lunge + Dynamic Punch, Close Combat, or Superpower is probably the most exciting possible combo. That said, it can learn Rock Slide, as well as Ice Punch, Thunder Punch, and even Earthquake, so this mon has serious coverage options. What’s potentially incredibly exciting is that its added bulk (relative to Conkeldurr and Machamp) gives it a real advantage. It has a much more consistent anti-Dialga matchup (taking 5 damage per Dragon Breath instead of 6). That “slightly less fast move damage” trend carries over to other matchups, like Kyogre, Mewtwo, Metagross, and even Lugia. Keep in mind this mon does have serious flaws. Running pure STAB, it can’t deal with Flying-types, or Giratina, or Fairy-types, all of which are, y’know, pretty common. But if we get lucky with the moveset (C’mon, Niantic, please do this for me) it might be the best actual Fighting-type in Master League. 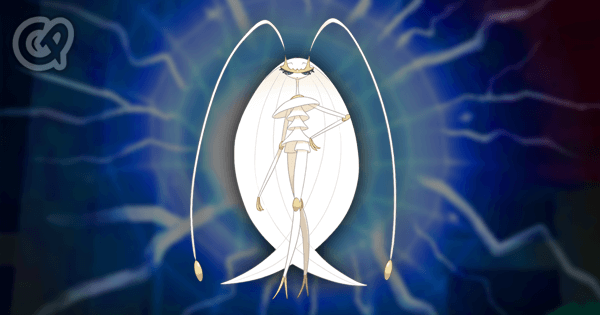 Pheremosa is also Bug/Fighting-type. Unlike Buzzwole, though, it’s made of actual literal glass. While Pheremosa’s 316 Attack stat eclipses even Mewtwo’s, its pitiful Defense puts it on par with literally Magikarp. Gonna immediately write this one off for PvP, sorry. That said, it could learn Bug Bite and Low Kick for fast moves, and Bug Buzz and Close Combat for charged moves. Close Combat isn’t quite ideal, but its bug kit is fine. As a Bug attacker, it’s got the highest DPS out of any Bug, and it hits hard enough that its DPS3TDO ends up looking pretty competitive. It just…feels like it really risks dying before it gets the chance to do anything. The Fighting typing is advantageous if you’re using it against a Dark-type, but really bad against any Psychic-types, so...its actual utility is pretty questionable. 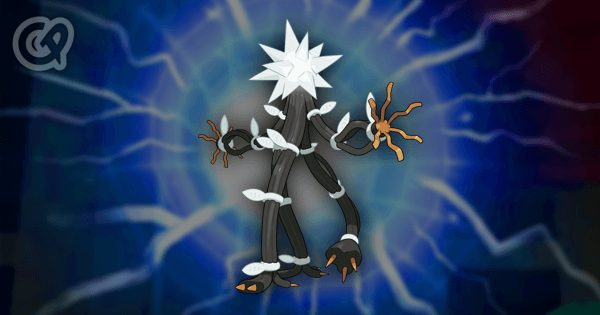 Xurkitree’s a zappy guy. Mono-Electric, with an absolutely titanic 330 Attack stat. If Niantic is kind enough to give it the optimal Thunder Shock + Wild Charge moveset, this thing would be a beast of a raid attacker, beating out the next top mon (Shadow Raikou) by a significant margin. It would…basically replace every existing and future Electric attacker. It’s even top tier with the more mediocre Charge Beam + Thunderbolt moveset, which really says something about its prowess. It’s so offensively weighted that uh…don’t consider this one for PvP. It’s not gonna be good. 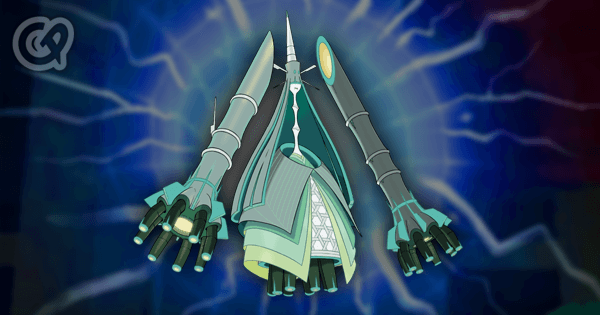 Celesteela’s a lot less bulky than you’d expect. In Master League, its stat product is lower than even Togekiss’s, and you can kinda tell. It caps out at 3,102 CP, and its attack stat is only slightly better than Aggron’s. That said, Steel/Flying is a known quantity as a defensive typing. Skarmory has been around in Great League since PvP’s inception, and while Celesteela’s not gonna upstage it in CP-capped formats any time soon, you’re not using a 2383 CP Skarmory in Open Master League. For fast moves, it’s got access to Air Slash and Smack Down. For charged moves, it can learn Fly, Flash Cannon, Heavy Slam, Flamethrower, Earthquake, and Superpower. Really, though, the fact that it can’t beat Dialga while running Fly+Superpower doesn’t bode well for its potential performance. 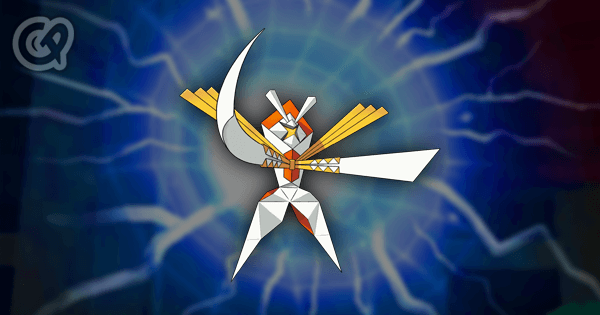 Kartana is a hyper-glassy Grass/Steel-type Pokémon. With 323 Attack (and deeply underwhelming defenses), it’s not exactly poised to take over PvP. As a raid attacker, though, it’s a little more interesting. With access to Razor Leaf + Leaf Blade, it out-DPSs everything currently in the game by a solid margin, and has pretty solid DPS3TDO as well (backed up by a solid defensive typing). Like Xurkitree, it’s a little risky due to its low natural bulk, but it honestly has a shot at being a fun glass cannon option. If you really want to try Kartana in PvP, it’s got access to Fury Cutter and Psycho Cut, as well as Night Slash, Sacred Sword, and the aforementioned Leaf Blade. It’s mad squishy, but it’s fast, and it has real potential to hit hard. 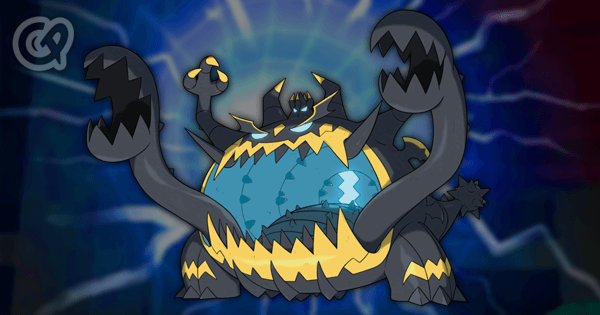 Guzzlord is a Dark/Dragon-type (like Hydreigon) with an incredibly high HP stat, basically no Defense, and a pretty underwhelming Attack stat. All that totals out to a 2,887 max CP at Lv40, which…yikes. It has some pretty cool moves available to it, though. Shadow Claw, Dragon Tail, Bite and Snarl are all very solid moves. For charged moves, it has a lot of good options. Crunch, Body Slam, Rock Slide, Dark Pulse, Outrage, Dragon Claw, Sludge Bomb, Flamethrower, and even Draco Meteor! It does come with one significant caveat though: Fairy-types exist. In Master League, Togekiss kills it in 4 Charms. Zacian’s Play Rough does 118% of its max health. It’s all...a little rough. In Ultra League, it just doesn’t really do anything other Dark-types don’t. It’s kinda sad stuff. 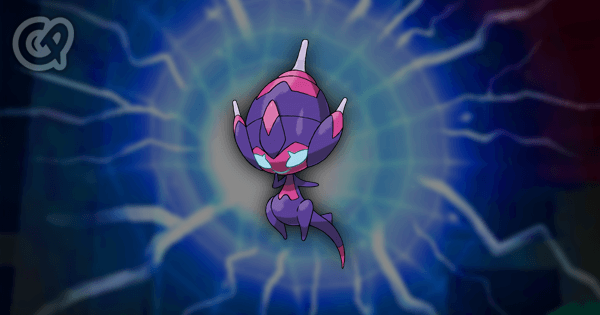 Poipole’s a Mono-poison type, and the unevolved form of Naganadel. Capping at 1,854 CP at Level 50, it’s stuck in Great League, if anywhere. Before it evolves, its movepool is pretty limited. You can run Charm, but you’re more likely to run Poison Jab + Sludge Bomb and Dragon Pulse. The nicest thing you can say about Poipole is that it beats Azumarill, sometimes. You just can’t eat a charged move. Poipole’s cute, but you can probably write this one off. 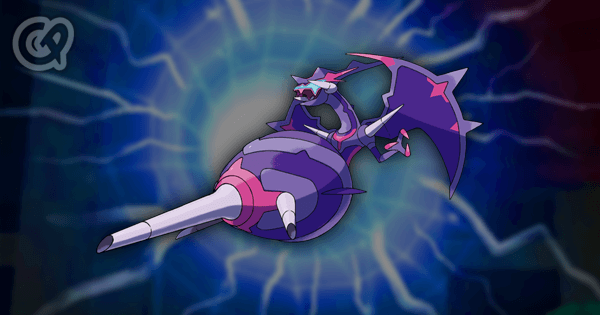 And then it evolves into Naganadel. Not only does Naganadel gain the Dragon type, but it also gains significant stats, and some new moves! While its stats aren’t quite PvP-weighted (263 Attack, low defenses), it’s at least interesting in raids. As a dragon, it’s slightly better than Kyurem, which isn’t exactly exciting. There’s less competition in the Poison sphere though. It’s kinda comparable to Nihilego on this front. Its damage output is higher, but its bulk is meaningfully lower. This problem is compounded by the Dragon secondary typing, meaning that while Nihilego will resist Fairy moves (one of the few types you’d even consider bringing a Poison-type), Naganadel takes neutral. It’s probably worth something, but it’s not gonna make you rebuild any raid teams. 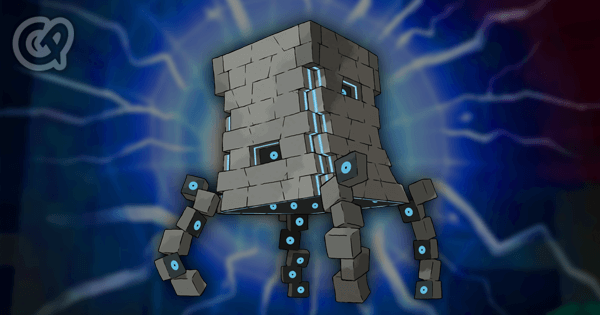 Stakataka is a Rock/Steel-type mon, the same as Bastiodon and Aggron. This dude is thicc, with a massive 298 Defense, higher than Bastiodon’s or Registeel’s. Solid Attack and HP allow it to hit 3,294 CP at Lv40, which isn’t half bad. 213 Attack isn’t PvE-competitive, so let’s just look at it in PvP for now. It has access to Smack Down and Rock Throw (the sheer variety!). For Charged Moves, it could get Rock Blast, Rock Slide, Iron Head, Earthquake, and Superpower. It’s…fine? in Ultra League. It does Smack Down things, and it dies to Counter users and Galarian Stunfisk. In Master, it’s great against anything Flying-type, but past that it doesn’t seem to have the raw stats to cut it. If you need a hyper-bulky Master League mon, you’re probably just better off with Lugia or something. 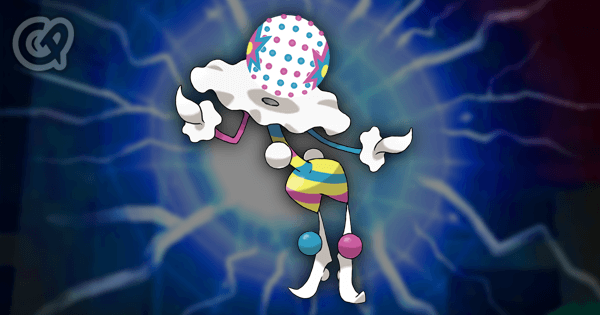 Blacephalon is a Fire/Ghost clown thing that blows its own head up as an attack, showing that evolution doesn’t always value longevity. With a massive 315 Attack, it looks pretty impressive for raids. It’s got the potential to learn Fire Spin, Incinerate, and Shadow Claw for fast moves, and Shadow Ball, Flamethrower, and Overheat for charged moves. This makes it look, honestly, a lot like a harder-hitting but squishier version of Chandelure. It uh…doesn’t make it look any stronger in PvP (sorry, Inadequance). As a Ghost attacker, it looks like virtually a direct upgrade over Gengar, with slightly higher bulk and massively higher damage output (with the added benefit of not taking super effective damage from Psychic). As a Fire, it looks strong, but not necessarily earth-shatteringly so. The gap between its DPS and the next best (Shadow Moltres) isn’t enough to make up for its low bulk, and it looks overall worse than Reshiram. Still, it hits hard, and you’ll probably end up seeing it in a raid challenge video.

While we know very little about the Ultra Beasts (again, they might all get absolutely terrible movesets), we do know that Nihilego is coming Soon™, and that means we’ll probably have information. The Ultra Beasts are cool, and their arrival may herald the other Alolan legendaries, which are super cool. Get hyped!