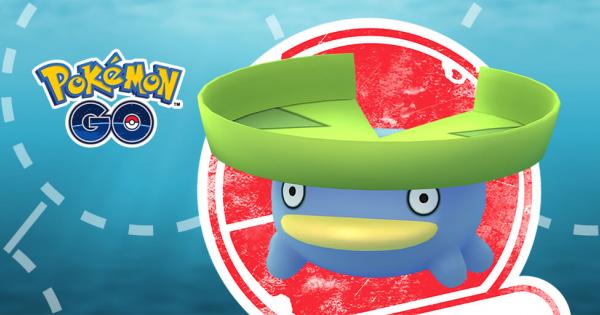 On March 22, 2019, Niantic announced a new Limited Research Event featuring Lotad. Shiny Lotad will be released, as well as shiny normal Castform. This event will last 9 hours, from 11AM to 8PM in your local timezone.

Professor Willow is looking to conduct Limited Research on the impact of weather on Pokémon, with a focus on the Water- and Grass-type Pokémon Lotad. Spin Photo Discs at nearby PokéStops to obtain Field Research tasks that lead to encounters with this Water Weed Pokémon. While you’re completing research, keep an eye out for other Pokémon that could be impacted by weather conditions, such as Castform! See more details below:

Remember, Trainers! As long as you’ve collected the Limited Research during the event window, you can complete it at any time. Don’t forget—you’ll need to venture onward to many PokéStops in order to get new Field Research tasks and encounter as many Lotad as possible!

We’re looking forward to seeing you out in the field! Stay safe and happy exploring!