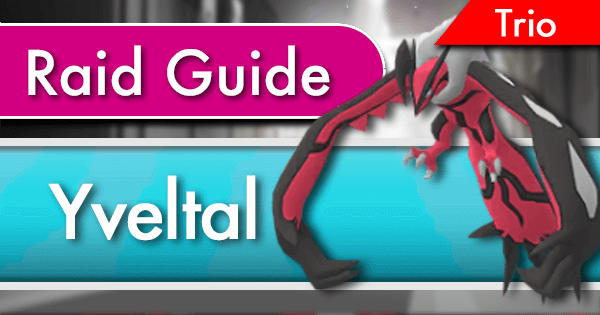 Yvetal is the Pokemon of destruction, and it can live up to its title as a raid boss... at times. Blessed with one of the most destructive fast move in the game, Gust, even Flying resistant Pokemon are going to drop fairly fast to the windy onslaught that Yveltal can throw out. It also has the advantage of a moveset that can be very difficult to wall thanks to its wide coverage and Dark's pervasive neutral profile. But that's about where the difficulty ends. In terms of stats, Yveltal is not the strongest Legendary Pokemon in the game, though it still has a respectable presence. It also has a few movesets that are easy to evade, which means some movesets can be simple to work play around. The biggest issue here isn't going to be DPS so much as TDO, so having a few solid Pokemon ready to take hits can make a huge difference. It's worth noting that a duo is definitely possible given the proper setup, but this guide will focus on the much more achievable trio.