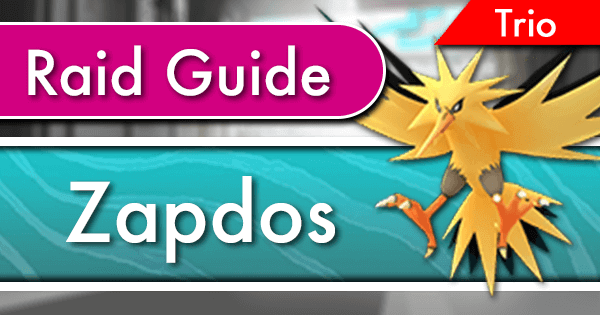 The second of the Legendary Birds of Kanto, and the third member to be released in Pokemon Go. The Team Instinct mascot packs a punch and is only weak to Rock and Ice, and while its moveset has been expanded since its initial release, this hasn't helped out with its raid counters very much, as several of its counters can wall the majority of its movesets and deal outstanding damage. This guide will focus on the trio due to its general accessibility, but a duo is definitely possible with select counters, especially with the right weather.