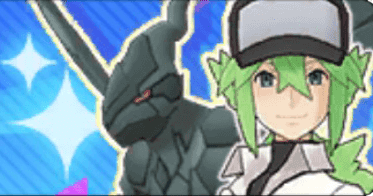 N, the would-be king of the Unova region, makes his grand debut in Pokemon Masters alongside the Legendary Pokemon of Ideals, Zekrom. With him comes a new story event that includes a Prize Box style event and a new set of Full Force battles. Rewards for this event include Tech/Striker Move Candy Coins, Five Star Power Ups and Power Up Tickets, a total of 1,150 free gems, and even a virtually infinite supply of Three Star Power Ups. No, that is not a mistake: The final stage of the Prize Box rewards a Three Star Power Up and is repeatable. However, the pool that this prize is found in is massive, making it fairly unadvisable to attempt to farm them.

As is fairly normal, the Full Force Battle for this event is tailored to suit the current event-featured Sync Pair: in this case N and Zekrom. The sides aren’t very threatening, as their attacks are generally fairly weak and they lack real support options. However, the center line can be an issue, especially with the plethora of immunities and effects that Aerodactyl brings to the table at the start of the fight. If you can break that wall, then the remainder of the center isn’t terribly difficult to deal with.

The largest issue that this team faces is with Aerodactyl, as Haxorus will be unable to deal critical hits and Skyla & Swanna are weak to Rock Type attacks. The physical damage reduction is also painful, and the fact that both starting sides have KO endurance makes it a bit harder to get attack boosts for Iris & Haxorus from Carry On. However, with a bit of focus, good timing with healing moves, and a bit of luck with MP refreshes, this team can clear the second stage without needing any other teams.

Wally & Empoleon are well known for their sync nuking capabilities, and that can come in very handy for breaking down the center line in this battle. Rosa & Serperior provide them with valuable Sp.Attack and move gauge support, while Acerola & Palosand spread flinches and can temporarily take the heat off of Rosa & Superior with attack redirection.

Brock & Onix are surprisingly good as a tank unit, and can provide some very valuable support for this battle. Player & Torchic help with Critical Rate and can max out Hau & Alolan Raichu’s special attack, allowing them to clean house. Due to the difficulties that the early part of this battle will bring, it’s probably best to leave this team for the end, where they can sweep up the final line with ease.

Direct your gaze to the Stage names below to get information on the enemies you'll be facing and the drop rates you can expect from them!

The Hero Arrives on Passio

The King of Team Plasma

The One Who Bested Alder

N to the Rescue