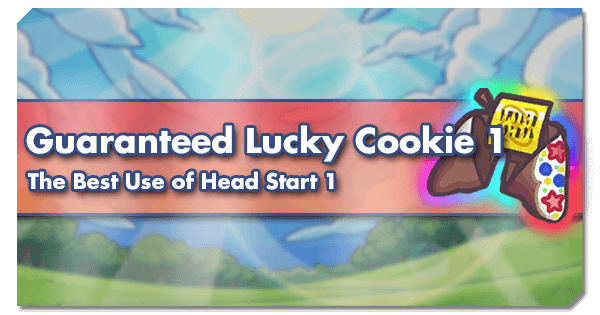 As time goes on and the meta of Pokemon Masters slowly changes, one emergent fact remains very much true: Sync Moves are important! They’re used for raw damage, for Support EX buffs, for Mega Evolutions, and even for unique effects and renewable buffs in some cases. Indeed, Sync Moves are the crux of many strategies in this game, so wouldn’t it be nice to hurry them along just a bit?

Well DeNA has your back! With the new Legendary Gauntlet comes a new Lucky Cookie class and a slew of new Lucky Skills. And among these cookies is one particularly funny one; the Guaranteed Lucky Cookie 1. This lucky cookie has 100% odds of giving a Sync Pair the Head Start 1 Lucky Skill. And what does this skill do, you may ask? Well, it accelerates the Sync Move counter by 1 at the start of the battle! With the ability to get a few of these cookies through the gauntlet, many are currently asking the same question: “what should I use my Guaranteed Lucky Cookie 1 on?”. Well, we hope to look a bit deeper into that question and figure out just which Sync Pairs can benefit the most from Head Start 1, and figure out just where this rare resource is best invested.

Elesa & Rotom have long had a bit of a problem. When they were released, people were very excited for their then-unique ability to tick down the Sync Move timer at will. But then everyone started looking at it a bit deeper and realizing that -2 turns is… basically nothing. It can be helpful for teams that struggle to keep up 3 moves per rotation, but in the end it’s just -1 turn short of being able to drop one full cycle off of the team’s Sync Move.

Well GUESS WHAT?! We FINALLY have sweet redemption!

With Head Start 1, Elesa & Rotom can now drop a full 3 turns off of the first Sync Move cycle, cutting off one full rotation as a result! This is a great effect, especially when combined with the Support EX boost that they can provide early-game, that honestly makes them more attractive than they were mere days ago. The current recommended Lucky Skill is Vigilance, and while opening Elesa & Rotom up to random critical hits is a pain, their more offensive-support focus makes this a small price to pay most of the time.

Only 2 turns of Sync Move Counter reduction via their Trainer Move? That’s unfortunate… Oh wait, now we can fix that! With Head Start 1, Red & Snorlax can focus exclusively on using their Trainer Move early-game and score the coveted 3-turn Sync Move countdown on their own. And while dropping Vigilance is a pain in the neck, Red & Snorlax are well designed to help with bursts of damage and can already tank the opposition very well, so it’s not a huge loss most of the time.

Bianca & Musharna sit in a slightly strange position currently. They’re capable of good damage on their own, but work best in support of Psychic Types. They can tank fairly well, but end up sacrificing a fair bit of offensive utility along the way to take up this role and don’t have outstanding longevity once Psychic Terrain ends. And while they’re not bad by any means when focused in one direction, it becomes pretty obvious that their malleable gameplay style is begging for them to be built for team synergy. And who do they synergize best with? Lusamine & Necrozma and/or Lear & Hoopa, who love the benefits that this skill can bring!

While not a good choice for the skill themselves, Lusamine & Necrozma are very happy to see this skill on their team as their Trainer Move brings -2 Sync Cooldown reduction already, and want to cheer you on as you pick the best partner for them. Other notable partners are Kiawe & Marowak or any utility-oriented Sync Pair that you find yourself using often with Lusamine & Necrozma.

Much like Lusamine & Necrozma, most Strikers really don’t want to lose their offensive Lucky Skill in favor of Head Start 1, so we’re back to “this skill is nice for teammates to have”. That said, Leon & Eternas is probably the strongest option here, as they already have -2 turns but into their trainer move, making -3 definitely achievable. Gloria & Zacian are great partners for this skill as well, as when combined with their Trainer Move’s ability to reduce the Sync Move counter by 1 and their access to Head Start 1 on their grid, they have the opportunity to reliably hit -3 during their first cycle. Another great Sync Pair for this skill is Cynthia & Kommo, as it becomes far easier to reach the golden -3 Sync Move countdown with a little help along the way. Head Start 1 at least gives a bit of leeway should that be an issue early-game.Other team options include basically anything that has the Propulsion effect if you don’t mind rolling the dice, or “strikers” that tend to sit on the sidelines and focus less on damage than others.

Overall, it’s hard to justify using this skill to help out one specific Striker, except for maybe the aforementioned Lusamine & Necrozma. It’s going to take some team effort to make it worth considering in most cases, as the opportunity cost of nabbing it to support a specific offensive strategy tends to be pretty iffy.

Tech units tend to run the gamut, and can be used for so many different roles that it makes the class hard to define as a whole. Still, we do have tech units that could enjoy having this skill themselves, or having team-mates with it attached. Aside from the obvious, the first and most obvious candidate is Lear & Hoopa and… they’re honestly not a great option here as mentioned earlier. They already can potentially knock cycles off of the first and second rotations themselves, and really don’t need much help at the start of the game. Iris & Hydreigon and Leaf & Venusaur both have single-turn acceleration effects (Leaf & Venusaur only get 2-turn post-Mega, which doesn’t help in this case at all), but pairing them together with a Sync Pair that has the effect could do the job, which is definitely worth considering as these two have a fair bit of synergy when put together. The recently released Marnie & Mawile are also worth a special mention, as they have access to Head Start via their grid, and can be paired with units that have a similar effect to complete the desired effect.

Getting to a Sync Move early can be a huge boon for many Tech units as most tend to carry devastating Sync Nukes, so compiling a team that can take advantage of this new Lucky Skill could be advantageous. Flinch/Sleep units can also take advantage of this Lucky Skill thanks to their ability to potentially cancel a cued attack, opening up a faster Sync Cycle as a result. Though we do have limited options that directly work with the effect in a way that will be genuinely meaningful in most stages currently.

As a whole, many Support units tend to be a bit more flexible. Damage-dealers want Critical Strike 2 (or an equivalent Lucky Skill from Deluxe Cookies), and other options will lead to inferior overall performance. Support units, in particular tanks, have long wanted Vigilance for its ability to protect them from taking extra damage, but just how needed is this skill? In most cases, it’s pretty moot. Critical attacks hit about 6% of the time if the opponent doesn’t have any Critical Rate boosts, so this can be a pretty acceptable margin for error on many Sync Pairs. The main exception here would be tanks that focus on boosting Defense and/or Special Defense, as Critical attacks will cut through those boosts and deal severe damage as a result. It’s also worth mentioning that a lot of Legendary Arena bosses, and by extension Legendary Gauntlet bosses, have Sure Crit effects, so be wary of dropping Vigilance too often. To top all of this off, the new set of Deluxe Cookies can grant some very valuable skills that have high synergy with many tanks, such as Entry passives, Healthy Healing, Status Immunity, or Interference Immunity, so we do have a very real opportunity cost for picking up Head Start 1 on many of them.

So what are the stand-outs for this skill among Support units? Well, minus the previously mentioned Elesa & Rotom and Red & Snorlax, we don’t really have many that really want this skill. If you have a team-strategy that allows for the full 3-turn acceleration, then any EX-eligible Support unit would like having access to this skill, with bonus points for Mega Evolutions that get added bonuses from their first Sync Move. Overall, Support units are less the hopeful recipients of the benefits that this Lucky Skill can bring, and more the blank slates on which this admittedly awkward lucky skill can be glued for the benefit of the team.

Honestly, only a small number of Sync Pairs in the game actually want to have this Lucky Skill (but they do benefit immensely from it). While others could take advantage of it to varying degrees, the general utility is a bit dubious for the most part. Unless you’re tacking it onto Elesa & Rotom or Red & Snorlax in particular, Head Start 1 is a skill that needs a whole-team approach in order to be actually useful. For these reasons, it might be better to simply hold onto your extra cookies unless you have some specific strategies in mind that you're planning to use frequently. Who knows? We might end up with another Sync Pair that can utilize this effect perfectly in the future. In the meantime, here’s hoping that Guaranteed Lucky Cookie 2 is on the horizon, and that it will offer an even more interesting skill in its wake!