How to Evolve in Pokémon Masters 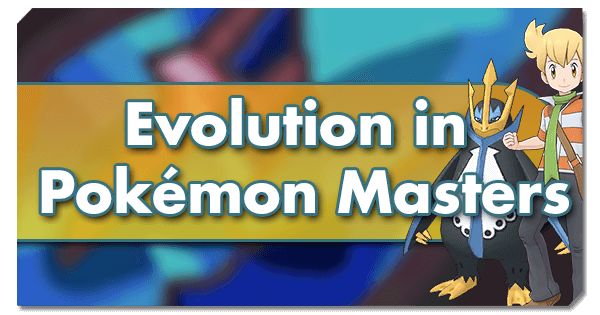 Though Pokémon Masters doesn’t follow all the same conventions as the mainline series games, one of the most iconic aspects of the series reappears nonetheless. As you play through Pokémon Masters, you can still evolve your beloved companions after reaching certain breakpoints. Both regular evolution and Mega Evolution are available for certain Pokémon. As of the game’s open beta, there are very few available evolutions, but this will undoubtedly change going forward.

Example of Regular Evolutions Available in the Beta

Example of Mega Evolutions Available in the Beta

(Note: As of 8/29/19 and the official launch of the game, the number of available evolutions will definitely begin to rise)

To get a Stage 1 Sync Pair to evolve, the Pokémon in question should be at least level 30. As soon as you reach that level, a unique Sync Pair Story mission will become available for that Sync Pair. You can undertake the mission if you have 5 Evolution Shards, which you can exchange from Tricia’s shop in the Pokémon Center. Don’t worry - you won’t lose it if you fail the battle! Still, we recommend leveling a ways past 30 if you want to comfortably beat the mission. After finishing the Sync Pair Story mission, your Pokémon will evolve, gaining an increase in its base stats.

(8/29 Update: As of the official launch, you now need 5 Evolution Shards instead of 1)

To get a Stage 2 Sync Pair to evolve, the same procedure applies except that you need to reach level 45, and that you need Evolution Stones instead of Shards. As before, hitting level 45 unlocks a new mission, which you can then undertake with 3 Stones. Voilà, a fully-evolved Stage 3 Sync Pair! As before, this evolution will increase your Pokémon’s base stats. Note that Stage 3 Evolution missions are quite difficult - we recommend leveling all the way to the 55-60 range in order to complete them.

(8/29 Update: As of the official launch, you now need 3 Evolution Stones instead of 1)

In addition, when you fully evolve a Pokémon in a Sync Pair, whether that means getting it to Stage 2 or Stage 3 evolution, it will gain an all-new unique Sync Move as opposed to the standard [Type] Sync [Impact/Beam].

(As of now, the only exceptions are Brock and Onix, and the Player and Pikachu, each of whom have their unique Sync Moves from the start despite being Stage 1 Pokémon. This is likely due to Onix’s evolution into Steelix removing its Rock typing, as well as Pikachu staying unevolved for the Player, but may change in the future.)

A few Pokémon that can’t permanently evolve (due to either being fully evolved already or not being part of an evolution line) still have access to powerful in-battle transformations known as Mega Evolutions. Originally hailing from Pokémon X and Y, this mechanic reappears in Pokémon Masters to give several powerful Pokémon an even bigger punch in drawn-out battles. However, you don’t get to Mega Evolve from turn 1 like you can in the main series. Instead, for all Pokémon with access to it so far, Mega Evolution is used as part of their Sync Move. Upon using their respective Sync Moves, the Pokémon will Mega Evolve, gaining heightened stats and usually changing their move set slightly.

Mega Evolving, therefore, doesn’t require any jumping through hoops outside of battle, but takes a little bit of setup in combat. The reward is well worth it, though, as Mega Evolved Pokémon tend to be monstrously powerful in exchange for their delayed arrival. They excel in drawn-out battles where they have more time to leverage their stats and compensate for the time it took to Mega Evolve.