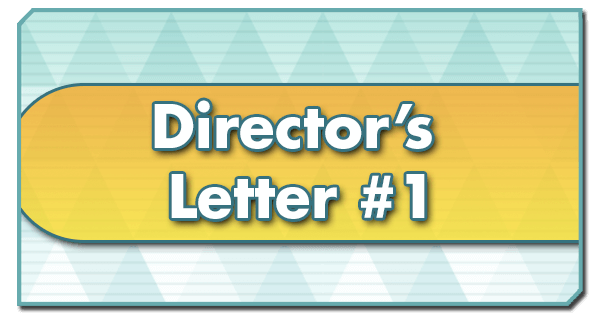 On October 9th, Pokemon Masters' Japanese site released a Producer letter, accessible here.  In the letter, Producer Sasaki Yuu addresses the state of the game and issues apologies to the playerbase.  The following translations are done through a combination of manual translation and Google translate and are not official.  We are updating and improving the translation, so check back often!

In summary. these are the apology points:

Next, the major points of feedback were:

Currently, they are focusing and will soon roll out changes for point 2.

Lastly, the future direction for the devs:

The next Producer Letter is scheduled on October 17th for JP.

Special thanks to ActivelyAnonymous and Emma who aided in the translation.  If there is any feedback, feel free to contact me on discord at hakurai#1379.

To all dear trainers, thank you very much for always playing [Pokemon Masters].

I, the producer Sasaki Yuu, humbly thank you for all the messages you have sent.

First off, for those who have downloaded and played [Pokemon Masters], I would like to send heartfelt feelings of gratitude.  At this point, although I am writing the first producer letter, I deeply apologize for the state of communication and the lateness and communicating.  Right now, [Pokemon Masters] has been in service for a month, and in review we would like to report our thanks and current opinions on improving the game.

In order to make large improvements on the future operations of the game,  we would like to welcome Mr. Iguchi to our team, who has plenty of experience in mobile game management.  Mr. Iguchi will be leading operations and improvements as a Producer. With both producers working together, we hope to make various improvements and developments so that everyone can continue to enjoy the game for a long time.

From now on Producers Sasaki and Operations Producer Iguchi will write these Producer messages.  Through this, we hope to communicate the current scope of the outlook of [Pokemon Masters].

An Apology To Everyone

First off, we would like to make three apologies to everyone.

First, the game has numerous bugs appearing, correspondence was also not quick, and we did not meet people's satisfaction.

From management and operations, we have received thorough opinions and are working to fix how we approach things.

However, it takes time to deal with bugs, and I apologize further for the delays on addressing and fixing these bugs.  Moreover, the management team was unable to respond well to these issues in a timely manner.

With all the large amount of anxiety I'm sure many felt regarding critical content, as a result of our deep discussions, we would like to formally apologize for our mismanagement and will be reevaluating our internal policies.  In retrospect, we were pained to confirm everyone's feedback that our response priority and content were insufficient.

In particular, we apologize for the difficulty of some Sync Pair Bond Levels, which has a large impact on gameplay.

Second, content was lacking, and there are many parts with poor level design.

From our initial assumption, for September to October we planned to have people try out and enjoy co-op team battles (including the EX Challenge) while proceeding with the main story.

We have received a lot of opinions about this, and we are extremely worried that the current situation does not provide a fun experience.  To be honest, I feel that the current EX Challenge design is not designed to be enjoyed by everyone.

As for the amount of content, we were perhaps too optimistic before release.  Again, we sincerely apologize for the state of the game where there is not much meaningful content.

In addition to these concerns, designing a rewarding difficulty for battles and smooth game play are a constant challenge in game design.

Speaking of which, we have received many questions about the direction of the game itself, especially concerning the battle gameplay.

I will explain the future direction of the game later, but I would like to seriously address the problem that we were unable to provide the game experience that trainers wanted.

Third, in spite of much feedback on the game, we apologize for this kind of slow response.

Originally, when problems came up or when we received feedback that the amount of content was insufficient we should've responded and explained the situation, but the explanations were delayed and the management team admittedly has not properly reached out.

We have been struggling to create a universally enjoyable experience, and we feel that preparations were not sufficient to achieve this goal.

In order to satisfy everyone, we will take measures to increase the speed of response.

We have read everyone's feedback, including the responses on SNS, and are discussing future improvement plans with the development team every day.

In the future, we will report in a timely manner as much as possible, and will sincerely take your opinions and communicate our thoughts.

Our Current Focus for Improvement

Thank you very much for the large amount of feedback we received from everyone.

Your passion and sincerity shines through, and the management team aspires to match that passion in full.

First off, we have categorized the various kinds of feedback in order to better address them.  The following are ordered by the amount of feedback we received about them:

Of these topics, we have already began investigating them as soon as possible.  Some of these topics may take more time to address, but in terms of the current version of the game and the result of discussions on how to make the game more enjoyable, regarding point 2, [The rewards earned from playing the game do not feel sufficiently rewarding], revision of the current rewards is underway, and we promise to update everyone on our next report.  We will continue to resolve issues 1 through 4.

After sincerely going through everyone's feedback, we are well aware that there is a large amount of improvements that need to be made for management.

The appeal of Sync Pairs should be the unique focus of [Pokemon Masters], and our goal is to make it a game that reflects this sentiment.

For high difficulty battles, the Sync Pairs are chosen strictly for their performance, and we feel that is a big problem that people cannot make substitutions.

Ideally for the world of Pokemon Masters,

We would like to provide this kind of gaming experience.

In the future we will report on our update schedule.

We will also continue to add to the story and review the rewards design, so in the meantime we humbly ask for your patience.

Fixing everything will take a great amount of time, but we we will sincerely address the feedback we received from everyone and continue working at the solutions.

A Message to Everyone

We have received much anticipation for our game from prior to release.
In this situation where we are unable to meet expectations, we express our deepest regrets.
Viewing the opinions of many trainers, we have resolved to double our efforts in bringing everybody a fun game that exceeds expectations, and change to become developers who can be relied upon.

Though this may sound repetitive, we are intent on reviewing the game’s experience. Recruiting, raising, and battling Sync Pairs to create your dream team; overcoming challenging opponents and strengthening your bonds with the Pairs…
This experience that everybody expected when first seeing the trailers and started the game, this is the experience we would like to bring to reality, and we promise to deliver a game that would make you want to play longer.

All of us here at the development/producing team will work hard to realize a game that all trainers can look back upon fondly.
We truly appreciate your patience as we take time to develop improvements, and we hope you will look forward to where this game will go.

Announcement and Date of the Next Producer Letter

We are planning for the next Producer Letter to be released on October 17th.
*Due to translation issues, the release times may vary depending on region.

Also a Roboticist, Chef, and Mad Scientist.  It's so cool.

Anyone else loving Plumeria?
@Raven8 wrote: I know that the general consensus is that…
Personal Ranking of New Sync Pairs [in-progress]
@Sabaku wrote: Just wanted to give my personal opinion on…
Guzmeria, and a dream
@Libra_Elementia wrote: So, new banner came out. And with…
Code triner
@renatopc wrote: Code me 3395 6543 7484 …
Battle Villa & Legendary Pairs Trend?
@Someone_Person wrote: I noticed this while going through…
Read More