Empoleon's Sync Grid has come a decent way towards fixing its cripplingly weak moveset, but still not quite enough to make it any significant part of the meta. Still, there aren't many other (especially F2P) options for those seeking Water type sync nukers, and the pair is certainly viable when properly supported with the offensive buffs it needs, so if you're in a hurry to take down a Water-weak stage you'll find Barry a more than serviceable option. 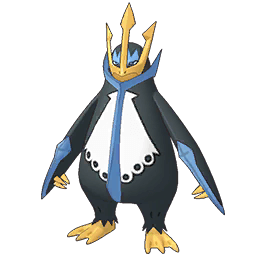 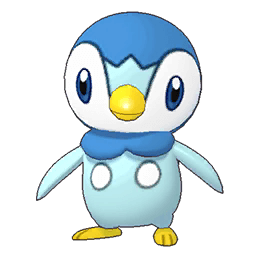 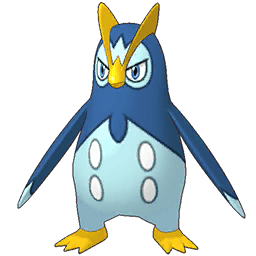 It swims as fast as a jet boat. The edges of its wings are sharp and can slice apart drifting ice.

Speed Down: All opponents
Stat Condition Clear
Speed Up: Self
Crit Chance Up: Self
AoE Damage
Higher Move Gauge Damage Up

Empoleon can increase his own Speed and Critical Hit Rate and lower the Speed of his Enemies, meaning he’ll start the match dealing slow but powerful Attacks, but gradually turn the tides to be more in his favor with faster Attacks against slower Enemies.

Empoleon’s toolkit has a lot of good features, but none that are especially great that stick out from the pack. His stats are all average or high, a fast-charging AOE Attack is always a plus, and his Speed and Critical Rate Buff makes him a good choice for Critical Hit Teams, but there’s nothing particularly game-changing about this Pokemon.

Empoleon will fit right in alongside other Speed and/or Critical Rate Buffers. Having a Support Ally who specifically Buffs these stats for the whole Team would be even better.

Bubble
Has a very small chance of lowering the target’s Speed. 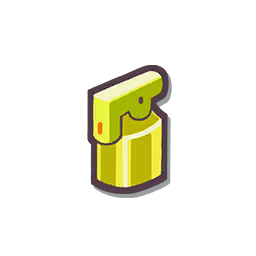 Full Heal
Removes all status conditions from an ally.
Bubble Beam
Has a very small chance of lowering the target’s Speed.
No Hesitation!
Sharply raises the user’s Speed. Raises the user’s critical-hit rate.

The fuller the move gauge, the more this powers up moves.