Beedrill’s performance increases with each Enemy he can take out and snowballs in a prolonged Battle, making the Pair a great Offensive force. 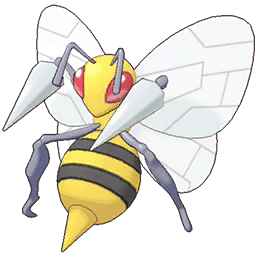 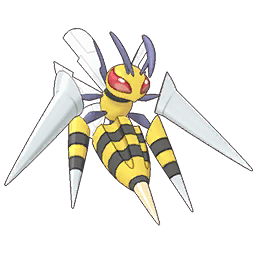 Beedrill is extremely territorial. No one should ever approach its nest—this is for their own safety. If angered, they will attack in a furious swarm.

Attack Up: Self
Next 100% Critical Hit
Poison
Speed Up: Self
Evasion Up: Self
Critical Hit Power Up

Bugsy & Beedrill are a great Bug-type Physical Striker Sync Pair, and they serve up a nonstop onslaught that refuses to take a break until the job is done. This pair has a great Physical Attack stat, making them a very good choice when selecting a Physical Striker. Mega Beedrill has a strong and self-contained kit that allows it to power up while attacking its foes.

Mega Beedrill has one of the highest Attack stats in the game, which allows Mega Beedrill to do some amazing sustained damage.

Fell Stinger is an offensive attacking move which will raise Mega Beedrill’s already high Attack by +3 if he kills an enemy with it, allowing him to both damage enemies and buff himself if used wisely.

With Sure Crit, Bugsy can buff Mega Beedrill to ensure the next attack will be a Critical Hit. Combining it with Fell Stinger is an easy way to swiftly get a knockout and drastically increase Mega Beedrill’s damage output.

Mega Beedrill has two of the strongest passives in the game for steamrolling enemies once even the slightest advantage is gained.

Amped Up 1 increases Mega Beedrill’s Speed every time it lands a critical strike, filling up the Move Gauge faster to ensure it can keep striking the enemy relentlessly.

Whenever Mega Beedrill lands a Critical Hit with one of its moves, Critical Strike 2 increases the Base Power of that move for the rest of the battle.

Conversely, because of its strong snowbally nature, Mega Beedrill has a hard time stabilizing if interrupted. Mega Beedrill relies heavily on its Critical Hits to deal additional damage and become faster and faster, while also being reliant on knocking out the enemy to raise its offensive capabilities. This means that in a scenario where the enemy manages to pull off their sync move and reset all of Mega Beedrill’s hard-earned buffs, Bugsy and Beedrill will be put in a horrible position to recover from.

Mega Beedrill can raise its own Speed and Attack, so it is more crucial for Support Sync Pairs to raise its Critical Hit rate instead. Sync Pairs like Lyra & Meganium or Phoebe & Dusclops make amazing helpers for Mega Beedrill to achieve the necessary Critical Hit chance to get their kit rolling and do devastating damage.

Fell Stinger
Drastically raises the user’s Attack when it knocks out a target with this move. 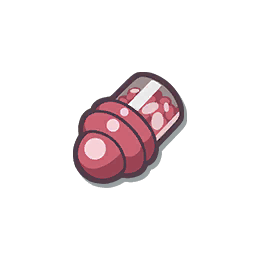 Sure Crit
Ensures that the user’s next attack will be a critical hit.
Twineedle
Attacks twice in a row. Has a small chance of leaving the target poisoned.
Beehold My Research!
Raises the user’s Speed. Drastically raises the user’s evasiveness.

Become Mega Beedrill until the end of battle.

Give and take full force battle without grid?
So according to the missions I need to beat the full force battle with only 6 pairs……
Egg roles?
So, egg pokemon… which pokemon fits what role 4 posts - 2 participants …
Is it still work to pull serena&delphox?
Hello everybody, is it still worth to pull serena&delphox? Orang should i try…
What the best Hundo Pokémon?
Soooo Imma kinda new to Pokémon but not really!!! I’m really trying to find out…
Shadow or normal Zapdos
Hi I’m new to this, but would really like to know, what you think about powering up my…
Read More