Hau & Raichu are the most recommended F2P Sync Pair (unlocked in Chapter 11). Discharge deals a lot of AoE Damage. He isn’t the annoying cousin who walks up to you in a very horrible spot where you desperately want a Pokemon Center before facing him, which is fine, because he Heals your Team with First Aid 4 first. 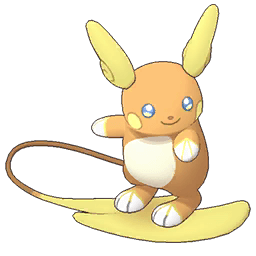 It focuses psychic energy into its tail and rides it like it’s surfing. Another name for this Pokémon is “hodad.”

Paralysis
Sp. Atk Up: Self
Speed Up: Self
Evasion Up: Self
AoE Damage
HP Up

Raichu is a very lively Pokémon that is able to obliterate all opponents through his high AoE damage output. He can also inflict Paralyze and massively boost his own Speed, making sure he can keep up a constant stream of attacks against his weakened enemies.

Discharge is Raichu’s main offensive move and it’s easy to understand why. Its AoE Damage allows Raichu to quickly wipe out multiple opponents. Furthermore, it’s highly effective when magnified by Sp.Atk boosts like Hau & Raichu's own X Sp.Atk. Lastly, Discharge has a moderate chance to inflict Paralysis to each Pokémon it hits. With Raichu's speed and th AoE nature of Discharge, this adds up to a significant chance to leave one or more enemy Pokémon Paralyzed quite fast.

Raichu is naturally quite fast, and “Feel the Alolan Breeze!” boosts his Speed even further, potentially making Raichu one of the fastest Pokémon in the game. It also increases his Evasiveness, which helps with his otherwise low durability.

Take Care of Me

To contrast with Raichu's offensive prowess, his HP is awful, meaning that Raichu is most likely going to be taken out quickly by direct hits in hard stages. Luckily for our little surge surfer, the game’s Bulk aggro mechanic allows him to not get targeted by AI opponents while the main allied tank is still on the field, but expect bad things to happen quickly if the tank faints at any point of the battle.

Raichu should be paired with someone that can boost Sp.Atk and someone to draw enemy attacks. A notable (and free!) Sync Pair that fits both roles is Rosa & Serperior, since she has significant Bulk, and can boost his Sp.Atk while refilling the Move Gauge, allowing Raichu to cast multiple continuous Discharges. This pairing works really well against “Very Hard Supercourses”, the current top-end game content. 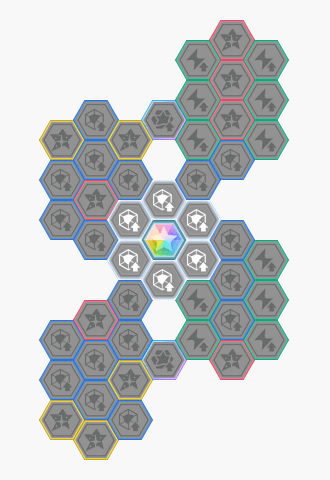