This Support Pair provides a full party +2 Speed buff, and a variable full party +3-6 Attack buff depending on how much damage they have sustained. With their high Bulk score, they likely will be taking the brunt of the hits for the party, which will enhance the effectiveness of their party Attack buffs (buff increases the more damage this Sync Pair sustains). They also have the handy passive, Impervious, which makes them resistant to stat debuffs. The main drawback for this pair is not the pair itself, but the relative scarcity of AoE Physical damage options, with most Physical Strikers being single target, which can be inefficient when it comes to clearing maps quickly. 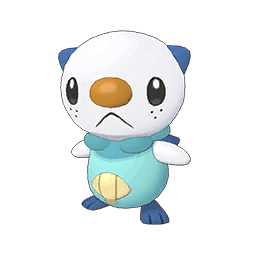 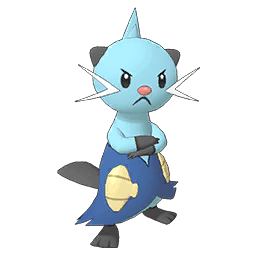 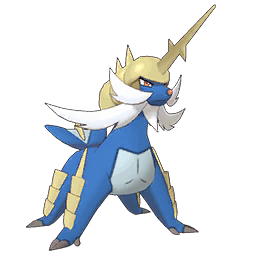 The scalchop on its stomach isn’t just used for battle—it can be used to break open hard berries as well.

Oshawott is like the premier cheerleader Pokémon of Pokemon Masters. The little otter comes with high bulk, and his passive means that he never backs down from a challenge. He will cheer on your team to his heart's content, making sure that they always perform the best. Is your team feeling down? Try out Hilbert & Oshawott to give them a pick-me-up with a combination of strong Speed and Attack buffs!

Oshawott comes with amazing defensive stats. Both his Defense & Sp.Def are very high, so Oshawott is easily able to tank damage from both Physical and Special attacks.

X Speed All raises the Speed of all allies by +2, which allows the team’s Move Gauge to replenish at a higher rate.

His other, signature buff is “In This Together!” The less health Oshawott has, the stronger this support move will be. Hilbert will raise the entire team’s Attack stats depending on Oshawott's lost HP.

As you can see, Hilbert & Oshawott are the perfect cheerleader duo to always make sure your entire team is loved and cheered on to perform their best.

Impervious is the reason Oshawott refuses to back down even in tough fights. Impervious prevents Oshawott from losing any stats at any time. In the event that a Trainer does raise Oshawott’s stats via buffs, those increases are effectively permanent until the encounter is over.

While Hilbert does have supportive moves that can raise Oshawott’s personal offensive capabilities, “In This Together!” relies on Oshawott being at low health. Practically speaking, this means that we are talking about Oshawott’s last moments on the field before he has to retreat and rest. In a game plan focused around efficiency, there is just no room for Oshawott to be on the offense.

Because of Oshawott’s Impervious, he has the potential to become one of the bulkiest units in the game and stay that way. Pairing Oshawott with other Support Sync Pairs who can raise his Defense or Sp.Defense will permanently increase his bulkiness throughout the encounter.

Outside of that, Oshawott fits well with any Physical team, raising all their offensive capabilities and enabling a fast, hard-hitting playstyle. 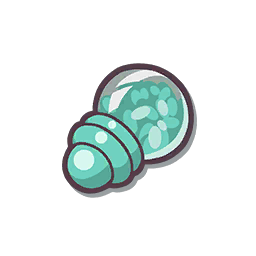