With a debuff that is occasionally extremely useful but usually awful and a Passive that you should never want to activate being its only unique qualities, Voltorb is a niche pick at best that can occasionally be used against Stages with extremely bulky Special Attacking Bosses. 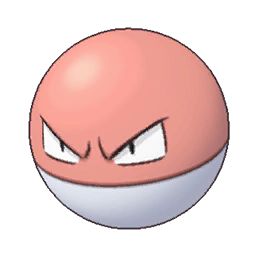 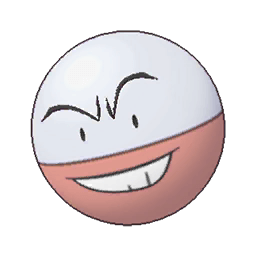 Voltorb was first sighted at a company that manufactures Poké Balls. The link between that sighting and the fact that this Pokémon looks very similar to a Poké Ball remains a mystery.

Paralysis
Speed Up: Self
Sp. Atk Down: An opponent
Sp. Atk Up: Self
Evasion Up: Self
Self Destruct on Death

Despite some minor stat distribution and Move set issues, Voltorb is a uniquely useful Teammate who earns his place through Speed and leaving a lasting mark on the Enemy.

Beyond his super useful Enemy Debuff, the benefits Voltorb brings to the Team are a little more subtle. His Speed increases the Move Gauge Recovery Speed and his Last Word Passive Skill.

While the stat Buffs are definitely great, Voltorb’s base Sp. ATK is quite low and he only has one Offensive Move. He should really only be used to increase the Move Gauge Recovery Speed, Enemy Sp. ATK, and deal some Finishing Damage when he’s finally taken out.

“A Surge of Power!” would have been more useful as a Team Buff or another Enemy Debuff.

Voltorb is one of the fastest Pokemon in the game, so his very presence is a boon because he raises the overall Recovery Speed of the Move Gauge.

Other Teammates who can deal more Damage and a Support that improves Attack stats or Critical Hit Rate would round out this Team to ensure it hits hard and fast.

Thunderbolt
Has a very small chance of leaving the target paralyzed.