Dusclops is one of the Bulkiest Pokemon in the game, making it a great choice to defend Offense Sync Pairs. She has the Passive Skill, “Pass it on!” where 50% of all raised stats will be given to the next Pokémon in line after Dusclops dies, so Phoebe & Dusclops are a great starting Pair during co-op Battles.

Because of her second passive, “Vigilance”, she cannot suffer from Critical Damage. This is extremely useful, as Players will no longer randomly lose Phoebe & Dusclops to Critical Hits.

Phoebe comes with two Trainer Moves. “Dire Hit All” raises everyone's Critical Hit Rate by +1 stage. With “Unbreakable bonds!” the lower Dusclops’s Health is, the more the Move Gauge and  Attack are increased for all Allies. Players can use this to their advantage via Double-Edge, as the recoil Damage is always 15% of the Damage dealt. 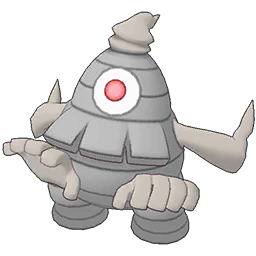 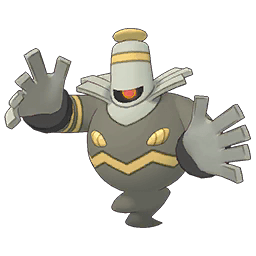 Dusclops’s body is completely hollow—there is nothing at all inside. It is said that its body is like a black hole. This Pokémon will absorb anything into its body, but nothing will ever come back out.

While Dusclops isn’t the fastest Pokemon, she helps her Allies deal high damage and raise their Critical Hit rates. She also brings Move Gauge replenishment to allow the team's damage dealers to keep packing on the pain!

In Co-op play, she has the added bonus of passing on 50% of her own stat buffs after fainting so that her replacement can start with an advantage.

While her own offensive moves are by no means the main draw of her toolkit, she can still pack quite the punch when push comes to shove.

Dusclops has one of the highest Defense and Sp.Def stats in the game, so allies won’t need to worry about losing their primary Support and tank early in the match - especially since Dusclops is immune to Critical Hits thanks to its passive Vigilance. Vigilance provides both higher stability for the team and a better likelihood of getting good returns from using “Unbreakable Bonds!” or her other passive Pass It On.

It’s best to use both charges of Dire Hit All early on in the match so Dusclops and her team can land as many Critical Hits as possible. "Unbreakable Bonds!” is good to save for when Dusclops is at 50% or lower HP since the buffs scale depending on how low her HP is. In addition, Pass It On allows her to support allies that switch in even after she dies.

This seems great until you realize that Dusclops will probably outlast her Allies against AoE opponents since both Defense stats are some of the highest in the game.

Her HP is average, but that Defense is still a lot for enemies to chip through. With no way to raise ally defenses, Dusclops can potentially see allies get knocked out and be unable to do anything about it.

Typically, stronger Sync Pairs will have a max Sync Move Power of 300 if the move has no additional effects, so it’s a bit of a shame that Ghost Sync Impact is comparatively so weak. However, depending on whether Dusclops gains the ability to evolve into Dusknoir in future content, it may gain its Unique Sync Move at that time.

Dusclops provides fantastic Support for Critical Damage teams thanks to both her Trainer moves that make sure Damage output is high. She pairs really well with other Critical Hitters, such as Houndoom or Pidgeot.