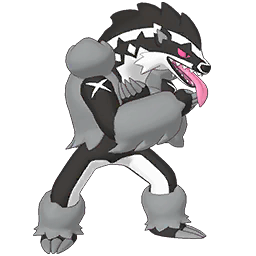 Its voice is staggering in volume. Obstagoon has a tendency to take on a threatening posture and shout—this move is known as Obstruct.

Raises the user’s Defense when the user nullifies an opponent’s move while in a defensive posture.

Raises the user’s Sp. Def when the user nullifies an opponent’s move while in a defensive posture.

Raises the Attack of all allied sync pairs when the user nullifies an opponent’s move while in a defensive posture.