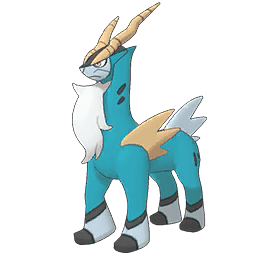 It has a body and heart of steel. Its glare is sufficient to make even an unruly Pokémon obey it.

Has a chance (50%) of raising the Speed of all allied sync pairs by one stat rank when the user’s Pokémon uses a move.

Restores the user’s HP by approximately 40% of its maximum HP the first time it is in a pinch each battle.

Raises the chance of lowering stat values with the additional effects of moves.