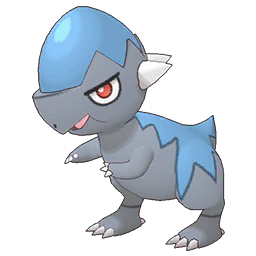 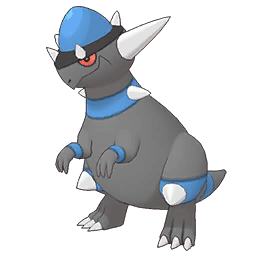 A primeval Pokémon, it possesses a hard and sturdy skull, lacking any intelligence within.

Attack Up: Self
Recoil
Move Gauge Up: Self
Next Sure Hit
Attack Decrease Immunity

High risk high reward is the name of the game when Cranidos is on the Team, and that’s no exaggeration. Head Smash is powerful enough for Cranidos to be the sole Offensive Pokemon on the Team, but that requires heavy Support with plenty of Healing.

Headstrong, X Attack, and “You’re Gonna Need a Helmet!” all combine into the ultimate Head Smash Attack that can deal devastating amounts of Damage.

Now this Attack can only be used once or twice without a Healing Support, but it’s well worth the price when Cranidos can afford to pay it.

Despite having exceptionally high Health, Cranidos’ overall Bulk is quite low, making him even more of a glass cannon when factoring in Head Smash’s Recoil.

Cranidos is the type who can deal so much Damage at such a high cost, that it’s best to pair him with two Healing Supports. Wouldn’t hurt if one of them had Move Guage Recovery, either.

Smack Down
No additional effect.

X Attack
Sharply raises the user’s Attack.
Head Smash
The user also takes 33% of the damage it dealt to the target.
You’re Gonna Need a Helmet!
Increases the user’s move gauge by three. Makes the user’s next attack a sure hit.