Avalugg is an Offensive Pokemon, which means they are supposed to deal lots of Damage. “Avalanche” requires that Avalugg wait until he is Attacked first before lashing out. This contradicts with the entire idea of being a Damage dealer.

Avalugg might have better suited the Support Role, which would have made him great since it is much easier to be targeted by AI when a Sync Pair is Bulky. 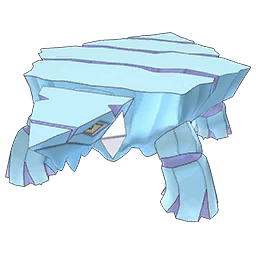 Its ice-covered body is as hard as steel. Its cumbersome frame crushes anything that stands in its way.

Flinch
Freeze
Attack Up: Self
Counter
Defense Up: Self
Taunt
Confusion Immunity

Prevents the Pokémon from becoming confused.