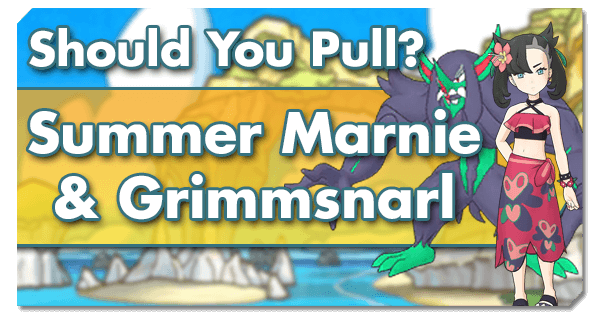 Marnie’s Grimmsnarl is scarily great. Her Trainer Move allows Bulk Up (which is not restricted by Move Points) to buff Speed and Special Defense simultaneously on top of the Attack and Defense buffs already provided by Bulk Up. These are amplified by Double Buffer and topped off with Critical Infliction 9 which allows Grimmsnarl to maximize its critical rate by itself. Not many Sync Pairs can claim to maximize their important stats, even less so as efficiently as Grimmsnarl’s set. Throw on a Sync condition that buffs power for each stat raise (not just one stat) and a 50% chance to get the Super Effective Up Next (SEN) effect for using a Status Move (Super Infliction 4), and you get a sweeping Sync Nuke juggernaut. Just imagine if Grimmsnarl got Power Trip instead of Morpeko... Grimmsnarl ain’t no slouch in the defensive/supportive sector either. The same Trainer Move that makes her self maximization so widely also grants her both Endure and Gradual Healing, while her main attacking moves can also lower the opponent’s stats.

All of the above are just what Grimmsnarl offers at face value, making her a wonderful acquisition already at just 1/5. Summer Marnie’s Sync Grid takes it a step further with a selection of tasty tiles. These would include:

As observed, Summer Marnie’s Sync Grid starts opening up on the 1st duplicate, with only Devastation as the star catch for 3/5. That said, because of how ridiculously good, self-sufficient, and beginner-friendly Grimmsnarl’s base set is, Summer Marnie players don’t need to sink as many Gems into the banner.

The primary issue with Summer Marnie is that the crux of her set lies in her one use Trainer Move. While that is honestly not an issue for most stages, it penalizes her in the Battle Villa. That said, the penalty applies only to Grimmsnarl’s Sync Nuke’s multipliers, since it can still max its Attack, Defense, and Critical Hit Rate so she is still able to do a no-MP Battle Villa run after all.

Grimmsnarl is stellar in just about every stage available as of writing time, Summer Marnie’s capabilities are exhibited in full in the Legendary Arena, where the stat drops from either Spirit Break or Crunch play a bigger role than in other stages.

This grid setup utilizes Grimmsnarl as a Fairy Type Sync Nuker. Both Sync Power nodes + Devastation, with 2 Spirit Break Power nodes and one MGR to round out the set.

This grid setup utilizes Grimmsnarl as a Dark Type sweeper with Sync Nuke, relying instead on the Crunch Defense drops and Foul Fighting to make up for Devastation, since this build does not use Spirit Break. However, there is a way to get the best of both worlds, though that requires players to sacrifice a Sync Power node for a Crunch Power node to compensate for energy.

This grid goes on the contrary and runs Grimmsnarl as a tank since it maximizes both of its defenses and comes equipped with Endurance and Gradual Healing. It does lack Potion, so First Aid is a compulsory pick. This build leans towards Crunch since it isn’t as immediately costly on the Move Gauge and brings some extra utility, though players could argue for a Spirit Break oriented build if the Special Attack drop is more useful for the stage.

As with most, if not all offensively minded Sync Pairs, players won’t go wrong with picking up Critical Strike 2 as Grimmsnarl’s Lucky Skill. Tank Grimmsnarl builds would be better off with Vigilance to help deny the Critical Hits that ignore its bulk boosts.

Summer Marnie’s best partner, funnily enough, isn’t someone who hails from Galar, nor is it someone who runs a Fairy Type Pokemon. It is actually Viola’s Masquerain. AOE Struggle Bug helps quickly accumulate the SpA drops to boost Devastation, while Infestation traps foes and triggers Foul Fighting for Grimmsnarl.

The last teammate is actually highly flexible since Summer Marnie is just that good. It slots seamlessly alongside just about every 2 Sync Pair core as a secondary striker thanks to its immense self-sustainability. As a standalone striker, it can be paired with most bulky supports, particularly those with a Potion like Sygna Suit Leaf’s Mega Venusaur, Ingo’s Excadrill, and Kiawe’s Alolan Marowak. Overall, any Sync Pair that speeds up Grimmsnarl’s buffing process is a good consideration so as to maximize the damage of its first Sync. The F2P pick would be Professor Sycamore’s Xerneas, another free unit that pairs well with both Grimmsnarl and Viola as a Kalos Fairy Type unit. Xerneas makes up for the Speed and Special Defense buffs that players will not get if they need to conserve Grimmsnarl’s Trainer Move. Sure, it does mean that players will need to wait for Xerneas’ Sync, but it is definitely a worthwhile trade.

Summer Marnie is definitely a newcomer’s top pick, considering how self-sufficient Grimmsnarl is. She just misses out on the lofty 6 due to the lack of Master Skills (which isn’t her fault). While there are multiple great Fairy Type DPS units before her, most of them are limited too anyway, so players who wisely ignored the lure of the previous banners will find this banner to be the one that they’ve been saving up for. The biggest dissuading factor to pulling on this banner would therefore be the looming 2nd anniversary, so players would be smart to wait for more information before investing, even if it is to just get that one iteration (that is already pretty darn good).