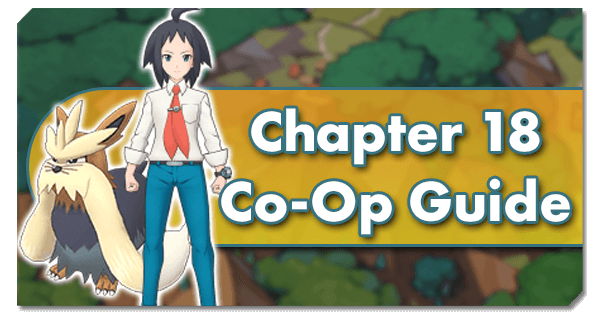 To unlock Gears and EX Challenges, one must best Cheren on Hard Mode via Co-op.

This article will include the following: an overview of all Sync Trainers we will be facing, breaking down on what they are good at, and finally the best way to deal with them.

Taking Emboar down is the hardest task in this mission, as Emboar can use Rock Slide which is an AoE that deals a lot of damage on your entire team. If Emboar is left unchecked, he will take out a lot of your allies, so it is recommended to focus on Emboar first.

Samurott is the bulky support Pokémon of this team, and he spends the majority of time buffing up his allies. His buffs are especially effective for Emboar, as “In This Together!” is a dangerous buff that can raise Attack by a great deal. One should not focus on Samurott, at least not when Emboar is still alive. We recommend focusing on Samurott after Emboar has been taken care of, leaving Cheren alone on the field.

Cheren & Stoutland, due to the nature of Stoutland’s Sync Move “Fundamental Takedown”, which deals more damage if Stoutland is affected by any status conditions, it is actually recommended that one does not focus him at all. When Stoutland gets low on HP, he tends to attempt to heal everyone at the same time too. Furthermore, ignoring him will make him use Giga Impact, which is less threatening. As a result, a good idea is to actually ignore him until the very end. As outside of his Sync Move, he is actually harmless.

Since it is Co-op, it is possible to bring friends. This means that we have access to 9x Sync Pairs. Here we will list the strongest Sync Pairs for this specific encounter. For an extremely fast victory, the best team out there would be:

I'm aware that there are Gacha pulls included. However, this setup is capable of clearing Very Hard difficulty, whereas players only need to clear Hard Difficulty to unlock Gears and EX Challenges. With these units it is possible to cheese the encounter. To people who do not have the stated Sync Pairs, it is recommended to bring one Electric Type, which means Pikachu would also function well, and a Water Type. Barry can do significant damage too. A link to our discord can be found above. If you lack any of the mentioned units, I'm certain there will be allies out there who have them and are willing to help out.

Players should rotate using Wide Guard, where P1 will use Wide Guard for Emboar's first Rock Slide, followed by P2, and then P3.

Feraligatr should be Mega Kicking Emboar until he faints. It is then recommended to either use an Electric-type unity attack/sync move against Samurott, or merely spam discharge with Hau. Samurott should then faint pretty quickly, leaving Cheren as the final target.

During the battle, one should wary of Cheren’s Sync Move. When it is about to be sent out, it would be wise to switch-in for Roxanne & Nosepass as you do not want your strikers to suffer from the Sync Move’s damage. After surviving the Sync Move you can switch-in back your strikers to proceed with the onslaught. After this, the encounter should be cleared.