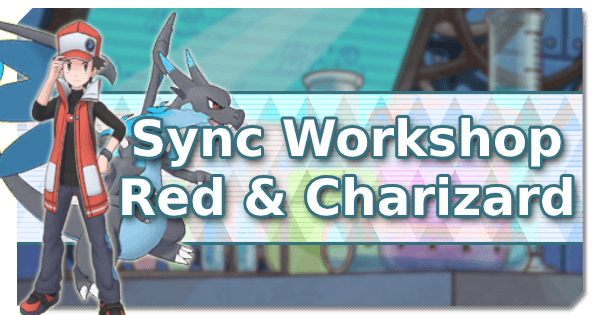 Charizard is a versatile pair who's capable of a lot of things, but the short version is this: there are three main ways to build your Zard. A generic Special attacking set for impressive power throughout the match (and throughout the formats), an absolutely devastating Haymaker mixed set that rules the lategame (especially in 3v9's and Legendary Arena), and the blazingly fast weather set that can end stages in seconds (particularly in the Battle Villa and Solo Co-op). With all three of these, remember to drop a few Move Power slots for Mp refresh before taking them into Battle Villa for a little more breathing room. In terms of Lucky Skills, 90% of the time Critical Strike 2 is the one you'll want since a simple 20% damage boost is really nothing to scoff at. If, for whatever reason, you won't be able to score Critical hits during a specific match Power Flux will still boost your power by a fair bit but it generally isn't worth the cookies to switch back and forth. 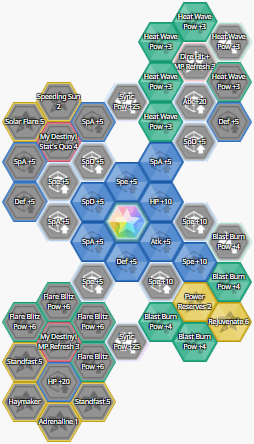 This simple, reliable set plays to Charizard's strengths by maximizing its Special Attacking damage output in a way that allows it to be easily slotted onto any team for any format, free of major drawbacks and team building restrictions. It does, of course, pay for this versatility in raw damage, but a 456 Sp.Atk Blast burn is a 456 Sp.Atk Blast Burn, and Zard's Heat Wave is still one of game's best Aoe moves even outside of Sun. So while it may lack the crushing Sync Moves and brutal Heat Waves of other builds, this Zard is still one of the highest-dps sets in the game (a true testament to the pair's sheer power if ever there was one). Its reliability at dealing solid damage in any format with any partner at any stage of the game makes it a great choice for beginners and more casual players who don't have access to many other Strikers, especially since it's the easiest to modify for a Sync Level 1 or 2 Zard. It also provides a bit more flexibility than other sets, since whether to invest mostly into Blast Burn or Heat Wave is pretty much player preference here as long as Rejuvenate and (if it's coming into Battle Villa) Dire Hit Mp Refresh are accounted for. 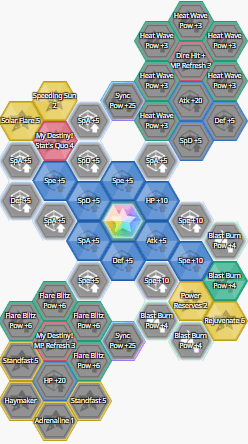 Already one of the game's hardest-hitting pairs, with Sun's 25% boost to the power of Fire-Type attacks and Speeding Sun's Gauge Regen Charizard's dps can hit obscene levels. The drawback to this is that it requires usage of either Rapidash or Ho-oh, two pairs who's bulk and defensive options are lacking and who's damage isn't required when a rampaging Sunzard is on the field. However, the raw damage that a team like this is capable of putting out as well as the speed and efficiency with which it does so makes it well worth using over more traditional Tank-Healer-Striker setups in many situations. Additionally, against certain Event Stages and Legendary Arena bosses that set up Sun for themselves, Sunzard can experience the best of both worlds with two open team slots AND the offensive power Sun provides. 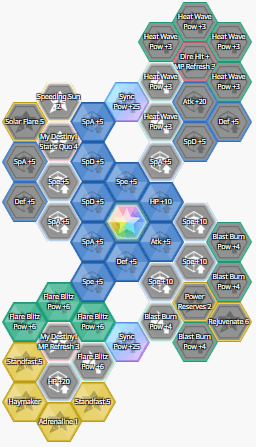 Haymaker builds in general are known for their crushing lategame power, and Charizard's is no exception. Huge Flare Blitzes with near non-existent recoil thanks to Standfast combined with +6 Haymaker boosted Sp.Atk based Sync Moves (and don't forget this set still has a mean Blast Burn) make it one of the most powerful mixed attackers in the game. However, all this damage isn't without its drawbacks when compared to other Zard builds. The main issue with the set is that it needs to wait until after its first Sync Move to buff up with "My Destiny!" for the Attack bonus, which severely limits its damage potential in the early game. While it does make up for this later on with its devastating Sync Moves, the importance of the early game in Events and Co-op can make this build less desirable in those formats. Despite this weakness, in Battle Villa and Legendary Arena (where games tend to drag on), the sheer lategame power of Haymaker makes this build absolutely devastating.

For Charizard, like many Strikers with easy access to Critical Hit buffs, Critical Strike 2 is by far the most efficient Lucky Skill. A flat 20% boost to damage output will always outperform Power Flux, even at maximum Gauge (Flux's bonus ranges from 3 to 18 percent). The only time you'd ever want to use the latter is on the off chance that you run out of Dire Hit+ Mp Refreshes in Battle Villa, but it generally isn't worth the cookies to swap unless you're really drowning in them. Not much more to say, really. Critical Strike is a solid damage buff.