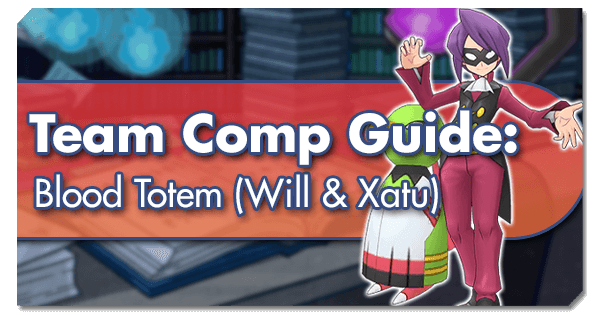 Xatu is the main damage dealer of the team, and the cornerstone upon which the rest of it is built. Its powerful Single Target Confuse along with “Our Power Is Limitless!” allowing it to copy and double an enemy’s buffs give it more than enough versatility to tackle any single Boss Stage regardless of what it is. On top of that, the raw power behind it is huge, and described in detail in the discussion section of this guide. In game, Xatu wants to throw out a Confuse Ray in the early game, wait until the boss has buffed itself up a few times, and then use “Our Power Is Limitless!” to copy its buffs (the latter should only be done against bosses that boost their own Speed and Defenses and is not necessary for the team to reach its max damage potential) . Once that’s been done, all it needs to do is sit back and pile on the damage through devastating Stored Power after devastating Stored Power.

Torchic’s role on this team is simply to throw as many buffs as it can onto the pile of stat boosts that is Xatu. Once it has used all the boosts it can, all that’s left for it to do is make use of its bulk and simply buy Xatu as much time as possible to deal as much damage as possible. Because the boosts “Blazing Hope!” and X Atk All provide the team are so varied, they give Stored Power a huge bonus in terms of Move Power (combining with Eevee’s Sync Move buffs to give Stored Power a whopping 169 power at Move Level one). There’s more on the exact calculations for this in the Discussion section.

Eevee plays two important parts on this team. In the early game, all it needs to do is stay alive long enough to reach its Sync Move and make sure Xatu doesn’t run out of Gauge through Potion and “Let’s Go!”. Once the Sync Move counter hits zero, it uses Extreme Evoboost to bring Xatu’s damage to even sillier levels, and then goes right back to sitting on its bulk and buying Xatu as much damage dealing time as it can.

Although the point of this team is to blast through a particularly challenging Battle Villa stage without putting pairs you’ll need later in jeopardy, not everyone has Eevee and Swanna isn’t quite as ubiquitous as something like Red or Sygna Suit Elesa. In game, Swanna fulfills pretty much the same role as Eevee, except that it trades later buffs to all stats for earlier ones to only Defense and Speed.

This team is designed to do one thing and to do it well: quickly dispose of a single Boss Stage in Battle Villa without putting other, higher priority Pairs in dange. The team’s quick buffing cycle, powerful Confusion, and Xatu’s ability to deal great damage through a two Gauge move without needing to Mega Evolve make it great for quickly disposing of these Bosses. In terms of the team’s actual damage capabilities, consider the formula used for determining Stored Power’s Move Power: Total Power = BP (b + 1) with BP being the move’s Base Power and b being the amount of buffs applied to Xatu, capping out at 12 (credits to Spark over at u/MomoSpark on Reddit for the calcs) . Since this team will be reaching 12 total buffs by the time Eevee uses its Sync Move, we can plug that as well as Stored Power’s base power at Move Level one of 13 into the equation to get Total Power = 13 (12+1), which simplifies to Total Power = 169. 169 power on a Two Bar move combined with sustain and Bulk from Eevee and Torchic’s huge buffs give Xatu the ability to deal incredible amounts of damage very quickly, and more than enough time to do it with. In game, this team simply requires you to drop all of Torchic’s buffs on Xatu and use Confuse Ray right away, and then proceed to Stored Power the opposing pairs into oblivion while occasionally using Eevee’s potion for sustain and “Let’s Go!” for Move Gauge. Once you reach Sync Move, have Eevee buff the team even more and refill the gauge with its Sync and then continue piling on the Stored Power damage until you win.