I have no idea what to do now
@TheKyogre wrote: So…Tomorrow, I will hit 3k gems again and…
So, we are getting a new Legendary Event
@Perfain wrote: A dragon pokemon was seen near a glacier…
Every striker is will soon be viable in single player! What comps are we trying first?
@Svidrigailov wrote: This completely changes the single…
Objective aquired :feh_almdab:
@GamingBro1 wrote: I got him Screenshot_2020-01-15-15-55…
New Pull vs. Re-Pull
@RunRuskyRun wrote: If one were to do the pick-a-5* banner,…
Read More
GamePress 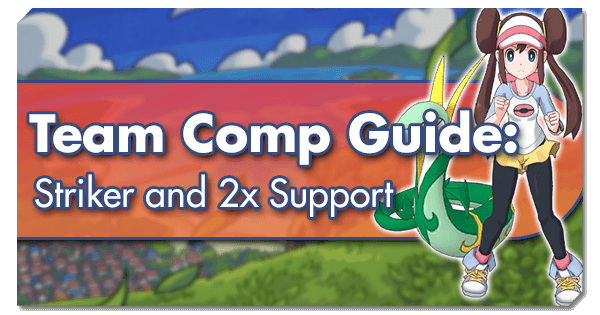 Understanding the key components of each role is very important. For dealing damage, Striker Sync Pairs are the best choice, but they usually suffer from paper-thin defenses, and are usually easy to take down. This means they desperately need the support of a tankier front line Pokémon to soak up damage for them. Support Pokémon Sync Pairs tend to be very bulky. In short, higher Bulk will draw the attention of enemy AI, which protects units with lower defense (usually your Strikers). So far, our ideal roster consists of 1x Striker and 1x Support, leaving us room for another Sync Pair.

As previously stated, Striker Sync Pairs are the team’s main source of damage output. While a Support can cover their defense, Strikers sadly have a second flaw: the Move Gauge. A Striker unit rapidly consumes gauge in order to maintain a stream of offensive abilities, so the moment the bar is empty the overall team damage will significantly fall. This means some method of getting more gauge is required to output more damage. This also means the idea of having a secondary striker would cause more harm than good, as both Strikers still share the same Move Gauge resource pool.

In rare cases it might be possible to fit in Tech Sync Pairs, but we haven’t found actual uses for them in the game's current content, so it is best to bring along another Support Sync Pair. This will provide you with another layer of defense for your Striker, as well as additional buffs, and ideally Move Gauge replenishing abilities. Therefore, we can conclude that at this stage in the game, 2x Supports and 1x Striker is the most efficient team composition a Trainer can run. Note that future content may and probably will change this state of affairs.

“Perfection” itself doesn’t exist, since there will always be edge cases and exceptions, but it is possible to come really close in the current state of the game. A well-thought-out composition can take you very far! For most team compositions, the focus will be about picking a Striker, and then figuring out who they work well together with. The video below features a clip of Houndoom smacking Dusknoir around. Let's begin by breaking down that specific team composition!

This team consists of the standard 2x Supports and 1x Striker, with the three Trainers Phoebe, Rosa, and Karen, where Karen is the Striker. To understand the composition, we need to look into the Striker’s sync partner Pokémon Houndoom.  Houndoom is a decent Special Attacker, but the key to its strength is its Sync Move, Beguiling Dark Pulse. Using it will allow Houndoom to Mega Evolve into Mega Houndoom and gain access to Dark Pulse, which is the highest damage output move Mega Houndoom can use. Because of how strong Dark Pulse is, the goal is to make sure we can spend 9 turns of buildup in preparation for Mega Evolution. The best way to do this is preparing your team with buffs, so let’s look into the buffs that we have access to with this composition.

Support - Rosa & Serperior make up the bulkiest Sync Pair currently in the game. Rosa has the ability  “X Sp.Atk All”, which raises the entire team’s Special Attack by 2. She also has “Time to Energize!” which can completely fill the Move Gauge when used twice in succession. Both buffs will come in very handy for Houndoom, as Rosa will raise its total damage output as well as provide more resources with which the team can act.

Support - The second bulkiest Sync Pair currently in the game. Combined with Rosa, you have the biggest possible meat shields on hand, keeping your Striker safe and sound for a very long time. Phoebe has the ability to raise the team’s Critical Chance with her buff “Dire Hit All”. Phoebe can also use “Unbreakable Bonds!” to fill multiple bars of the Move Gauge. The less health Dusclops has, the more bars of the Move Gauge will be filled.

Every buff can be used twice, so we can determine the following: Phoebe can spend 2 turns using Dire Hit, raising Critical Hit rate by +2 (Critical Hit rate maxes out at +3)  and Rosa can spend 2 turns raising Special Attack by +4 (Sp. Atk maxes out at +6). Houndoom can use both stats very efficiently and we are now 4 turns down, with 5 more turns remaining in the buildup phase before unleashing Karen & Houndoom’s Sync Move.

Striker - Houndoom has 2x offensive moves, which are Bite and Snarl. Bite is physical and has the ability to flinch the target. Snarl, meanwhile, is AoE, which means it will hit every single opponent at the same time, while also reducing their Special Attack by 1 stage per use. The moment Houndoom Mega Evolves into Mega Houndoom, Bite will be replaced by Snarl and Snarl will be replaced by Dark Pulse, which means that Karen still has two trainer moves of her own. One of them is Dire Hit, which is an individual buff that raises Houndoom’s Critical Hit rate by 1. The other move is “Entertain Me!” which raises Houndoom’s Special Attack by +3 to +6, starting at +3 and increasing by +1 for every 20% damage taken by Houndoom. This means at 40% health or less, it is possible to boost Houndoom’s Special Attack by +6 with a single "Entertain Me!".

Now for a quick breakdown of how the buildup phase works with the help of Rosa and Phoebe.

Houndoom can get +2 Critical Hit rate via Dire Hit All and +4 Special Attack via X Sp. Atk All, while Karen has the ability to further increase both stats. Using Karen’s Dire Hit once will bring Houndoom's Critical Hit rate to +3, which means 100% Critical Chance. By using “Entertain Me!” Houndoom can max out at +6 Special Attack, which translates into a 2.5x Special Attack multiplier & a total amount of 6 turns used, leaving 3 turns until Mega Evolution. Now it would be possible to merely spam Snarl to reduce the enemy team’s Special Attack until our Sync Move is ready, but you could also perhaps have fun with Dusclops’s Double Edge, as it can deal a high amount of damage at the cost of some recoil damage.

To get turn-by-turn play for this team broken down in an overview, see the table below.

With +3 Dire Hit, you will have 100% Critical Hit rate, which is a constant 2x damage multiplier, and with +6 Special Attack, you will have a 2.5x Special Attack multiplier, which is 5x your base damage in total. If you were to hit an enemy weak to Dark type moves, that would be another 2x multiplier for a grand total of 10x damage multiplication. This synergy makes this particular team composition a dream team for Karen & Houndoom, making sure that every relevant stat is efficiently maximized via buffs while both Rosa and Phoebe still have the ability to replenish the Move Gauge, allowing Mega Houndoom to spam Dark Pulse. A presentation of the entire buildup phase can be found here.

Have questions, inquiries or other business, feel free to reach out to me, i'll respond within 12 hours.

Should You Pull #12: Ethan & Cyndaquil

Should You Pull #11: Cynthia & Garchomp

A Message from the Pokemon Masters Team (Vol. 5) 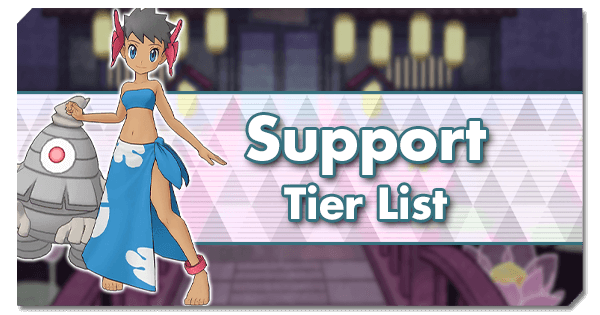 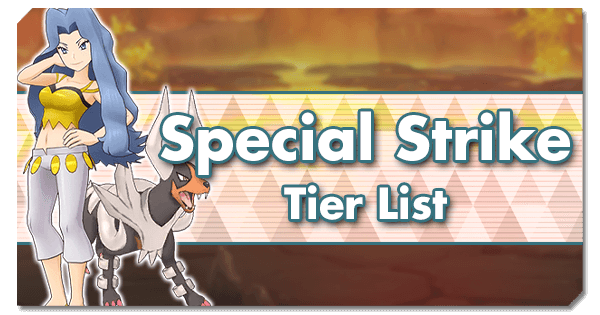 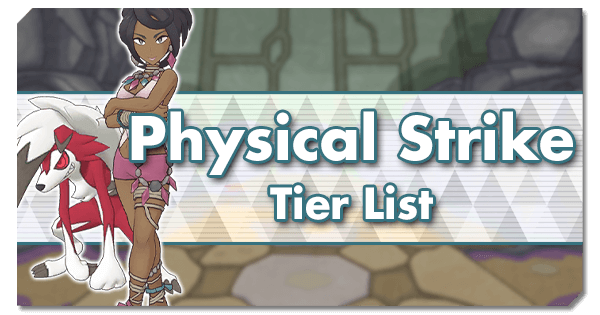 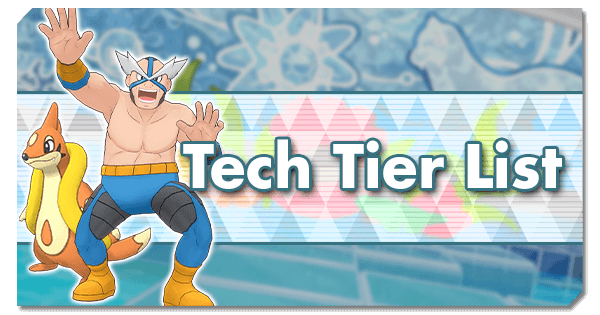 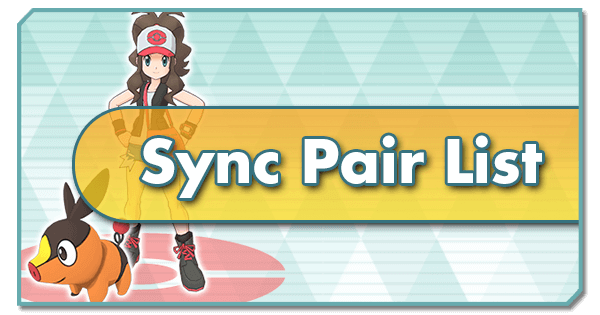 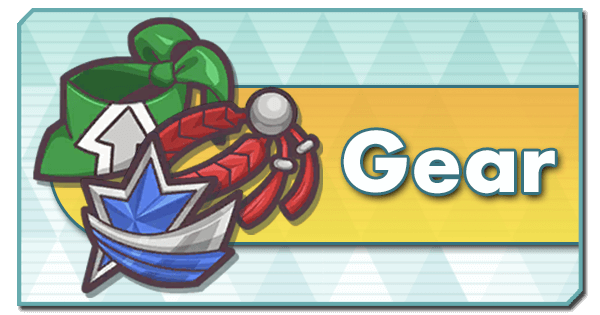 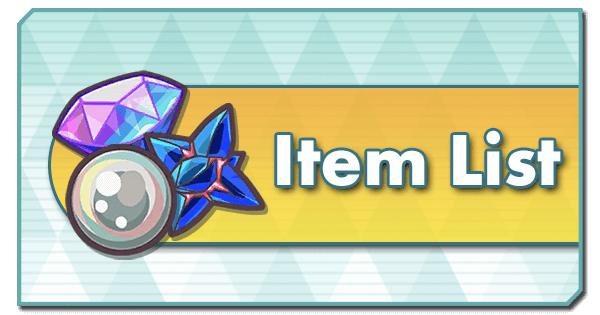 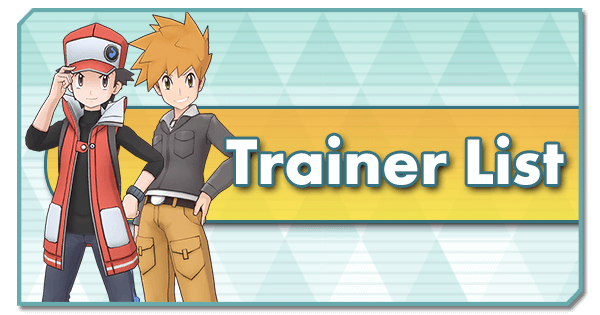 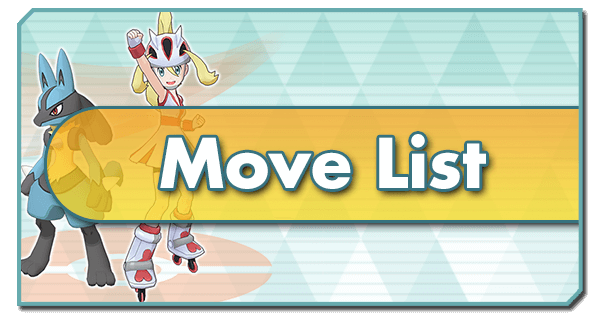 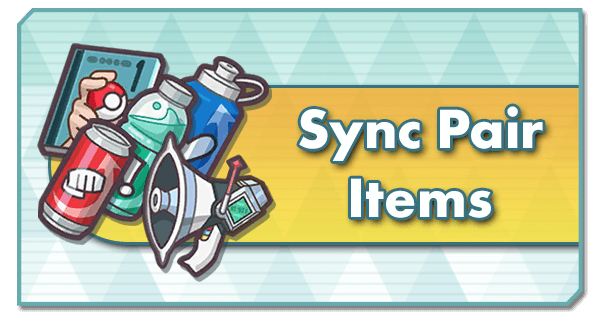 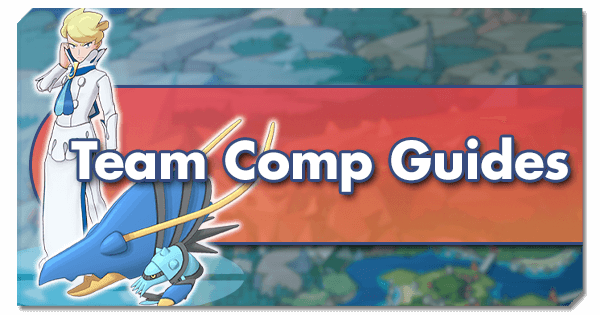 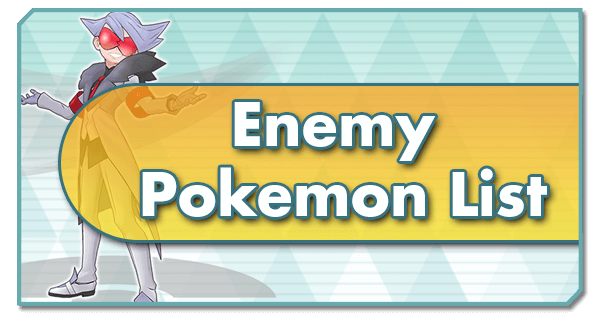 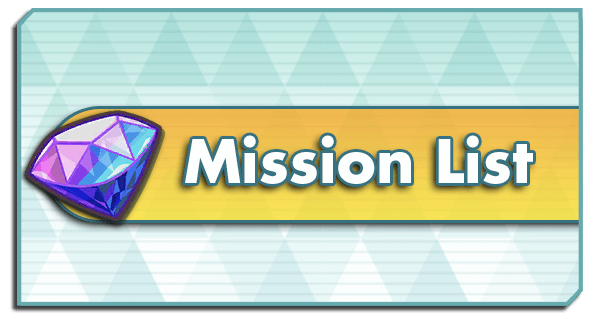 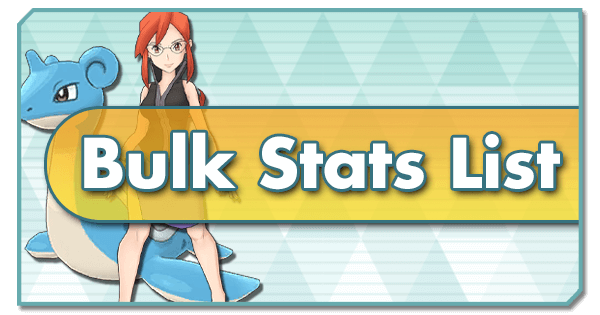 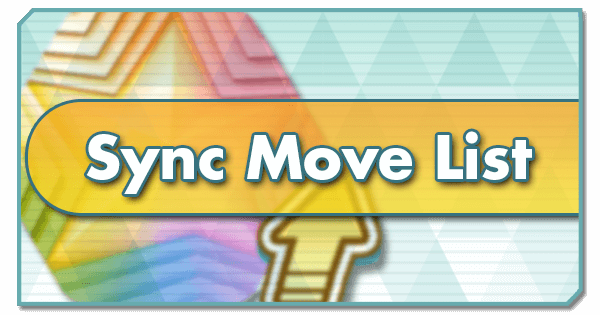 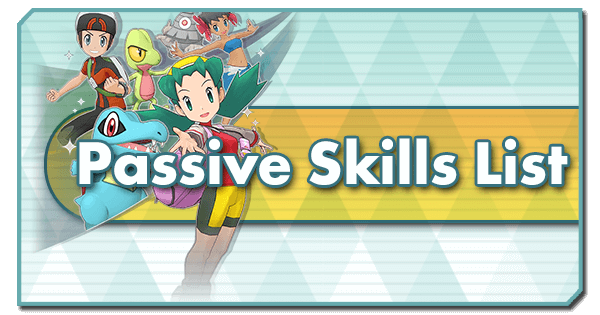 I have no idea what to do now
@TheKyogre wrote: So…Tomorrow, I will hit 3k gems again and…
So, we are getting a new Legendary Event
@Perfain wrote: A dragon pokemon was seen near a glacier…
Every striker is will soon be viable in single player! What comps are we trying first?
@Svidrigailov wrote: This completely changes the single…
Objective aquired :feh_almdab:
@GamingBro1 wrote: I got him Screenshot_2020-01-15-15-55…
New Pull vs. Re-Pull
@RunRuskyRun wrote: If one were to do the pick-a-5* banner,…
Read More
Menu