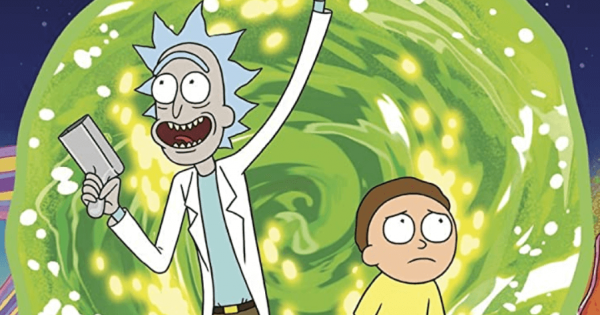 Rick and Morty season four finished this past Sunday. You should try Solar Opposites.

I watched the premiere of Community live on NBC in 2009. It was my first year of college and I was mandated to live on campus, even though I grew up a 30-minute drive away. It was a show that normalized my experiences when I was feeling alienated. Jeff Winger could solve (almost) every problem with his charm and confidence, Abed knew better than anyone about the TV show structure he and they were stuck in, Britta was a comical representation of white guilt, Annie let me be attracted to the idea of a perfect woman, Troy was hilarious thanks to Donald Glover (he’s been funny for a while, apparently), Pierce was the out-of-touch racist that made me feel safe about my views, and Shirley. Well. Her character is problematic. This is one of those dime-a-dozen stories about me, a cis white (passing) male.

Rick and Morty was a show I was very excited to watch the minute I had heard about it. The prototype was not something that resembled Community to me, but Rick and Morty had Dan Harmon’s creative mind backing it. Fortunately, I loved Rick and Morty's first season and it was a smash hit. It’s cultural influence reverberated across the internet in ways that eventually became dangerous. From what I can see now, it might be a net negative for internet culture thanks to those McDonald's Szechuan sauce incidents, but I hope not. Did someone get stabbed? Maybe not, but that’s somewhat believable, isn’t it? I’m Pickle Riiiiiiiiiiiiiiiiiiiick. 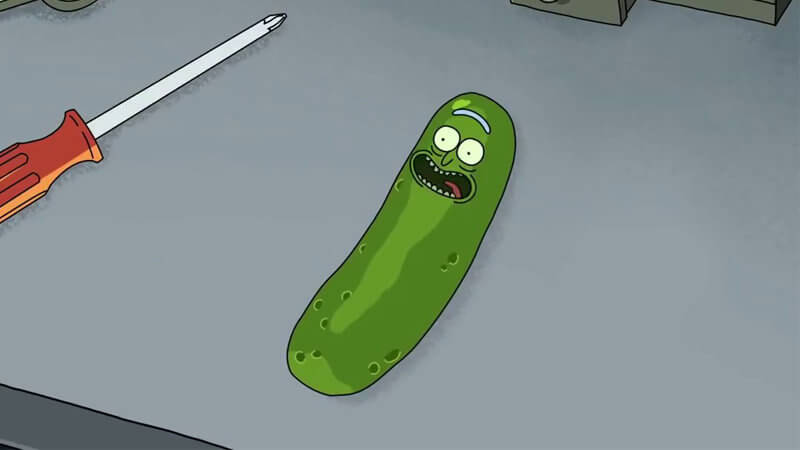 And by the transitive property, Solar Opposites is a show I want to love because of its association with Rick and Morty. I believe the show has a hard time standing on its own merit because of the creative relationship between Justin Roiland and Dan Harmon. Roiland voices the main characters in both. The shows are also distinctly Roiland’s art style. He has an established career not only in TV but in video games as well (Accounting+, Trover Saves the Universe). Corvo’s voice is the same as Rick’s voice, it’s just literally the same. I don’t know if Roiland is trying to do something different but it’s a good example of Solar Opposites’ inability to be evaluated fairly as a solid sci-fi action-comedy that lacks metanarrative.

Solar Opposites has love and talent behind it thanks to Roiland and Mike McMahan (Pickle Rick episode supervisor, won a Primetime Emmy for it). Solar Opposites stands out for the quality of animation, funny dialogue, and familiar sci-fi stories with unique spins. You can see Roiland's fine attention to detail in the opening sequences when Corvo humorously explains the plot and ends with a unique quip about human society. Unfortunately, these are the same reasons Rick and Morty is the biggest animated tv series on Adult Swim. Roiland’s creativity rises to the same quality level as other great TV shows airing today. McMahan has the chops to craft the world within the structure of a Hulu Original. In my opinion, what keeps the show from the level of success it deserves is the lack of 4th wall-breaking humor that comes from working with Dan Harmon.

Community is Harmon's firstborn network TV-success. Evaluated as a whole, the show pushes the genre forward but loses something halfway through, something that made the first three seasons gold-star quality. Season 4, the "gas leak" season (called out by the characters in seasons 5 and 6), was made without Harmon. If I tried to characterize the gas leak season, I would say it lacked the metanarrative recognition and subversion that the first three seasons were known for. The return of Harmon to Community after season 4, a show brought back from cancellation for a second and soon to be third time, brought some of the magic back. But the show was different. It lacked some of the creative sparks that elevated the sitcom above its peers (at the time of its debut, 30 Rock and Parks and Recreation) with episodes like Remedial Chaos Theory or The Paradigms of Memory. Don’t get me wrong: seasons 5 and 6 of Community are still Community. Dean Pelton’s beloved Peanut Bar rap is from season 5. Keith David, Mike Ehrmantraut (Jonathan Banks, but it’s the same character), and the Paget Brewster are fantastic replacements for what was irrevocably lost in the hot lava episode. Harmon had moved on to the tv show that put him into mainstream popular culture.

Rick and Morty premiered in 2013 and is co-created by Dan Harmon and Justin Roiland, the latter being responsible for the voices of both main characters and the art style. Roiland had at least a working knowledge of his co-creator from as early as 2004. His involvement in Channel 101 started Roiland’s first animated sci-fi series, House of Cosbys, which is a high-concept take to say the least. Roiland spent some time on The Sarah Silverman Program before partnering with Dan Harmon, who by 2013 seemed to be an established "creative genius" type. He ran in the same circles as successes like Drew Carey (Community guest appearance in season 1) and the aforementioned Silverman, Harmontown had amassed a fanbase that sold-out live shows, and Community's underdog syndication story reinforced the reputation of the show as troubled, yet brilliant.

To examine Rick and Morty’s distinct Dan Harmon edge you only need to look at season 4 episode 6, Never Ricking Morty. It’s the most meta thing I’ve ever seen on television and I cannot believe they aired it. Who understood that convoluted mess on the first watch? Who, among the vast fanbase of rabid masses, understood what Rick and Morty were trying to do during the mid-season premiere of the fourth season of Rick and Morty?

I hope to God that it was a lot of people. Because it was a great episode! 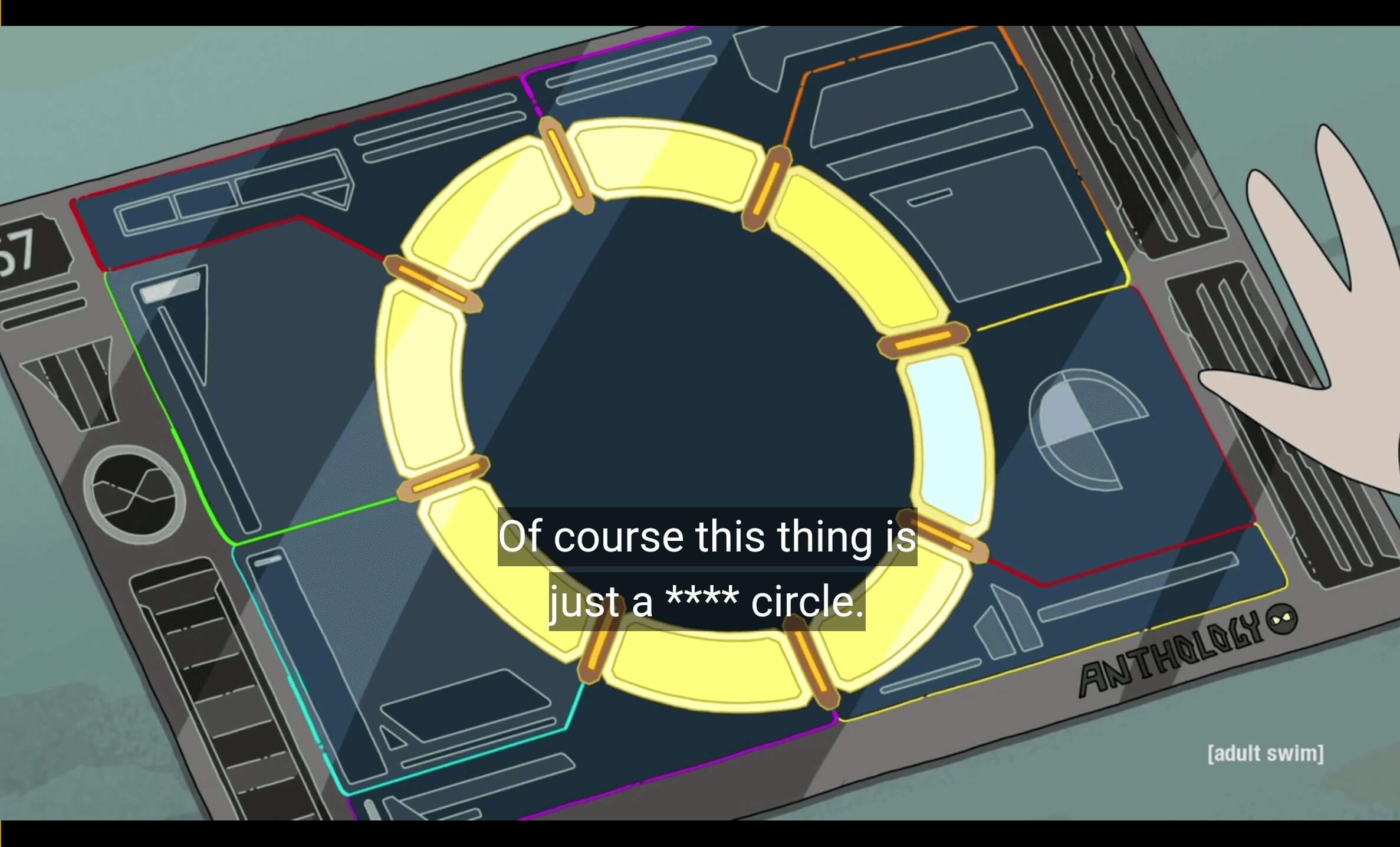 It's all a flat circle,.

Enter Disguised Rick Sanchez the audience does not recognize. Start a frame story trope with gross humor, then subvert it with Rick calling out contrivances. Distract with a clam, repeat with a Christmas theme, and that’s the wayyyyyyyy the news goes.

And when I say “frame story trope” I specifically mean episodes like Interdimensional Cable and Morty's Mind Blowers. It’s an anthology, not a simulation (which is uptight and overwritten but better, according to Rick’s lines in the episode). I think Dan Harmon and Justin Roiland know these episodes are when Rick and Morty is at its funniest, or at the very least most mass-appealing. This type of rapid-fire vignette comedy is something other multi-season tv shows base their comedy on (Robot Chicken, Pop Team Epic). Rick and Morty sit down to watch interdimensional cable at the end of s6e4. This episode is season’s 4 replacement for an Interdimensional Cable episode, only with the Dan Harmon-style that shoves the basic premise up its own ass.

All Aboard the Story Train Choo Choo

The narrative circle in this episode is literally shown on screen by Rick in the middle of an action sequence. This is the Dan Harmon Story Circle, (referenced in Community during Troy’s Jehovah’s Witness rap), and it’s a good example of how Rick is a stand-in for Dan Harmon. Rick is a conduit for the subversion of the type of show Rick and Morty would typically be. It’s an action-comedy animated TV show featuring an insane scientist and his goofy sidekick, akin to the mad doctor in Aqua Teen Hunger Force, or Back to the Future (It was literally Back to the Future in the pilot). What makes it special is the subversion of the tropes the show adopts. The science-fiction tropes lifted from IPs that have reached critical mass are referenced in the universe constantly. Often times not as literal as the episode titles might lead you to believe. In Never Ricking Morty (Which the fandom page says is a reference to The Neverending Story), Rick is constantly referencing and breaking the plot continuity of the episode. Many Rick and Morty episodes are structured as a typical tv narrative. There’s an A plot featuring main characters and a B plot featuring a less important story. Never Ricking Morty’s A plot is Rick and Morty getting to the front of a train except the train is a metaphor for the story and it runs on a track that’s Dan Harmon’s Story Circle. There is an overwhelming number of narrative for the audience to attempt to gather. I did not get it on the first viewing and I have a hard time believing many people did. So how did this happen?

Within this episode we have Rick struggling against the nature of storytelling itself, characterized by Paul Giamatti. He sucks the essence out of Rick which he overcomes by turning the story into...Veggie Tales. It makes sense in context, but my concern is that the setup is too obtuse. Dan Harmon's creative energy is embedded deep into this story, so who do we thank for that?

We have Erica Hayes and Jeff Loveness to thank for a quality Rick and Morty experience (Thank you, Erica and Jeff!). They are credited as the director and writer for the episode. The show, to me, is the story of a sci-fi mad scientist with Justin Roiland’s voice, written by Dan Harmon. And Harmon’s work resonates with me on a level that I have never experienced before. I haven’t heard or listened to Harmontown and I don’t think I’ve read anything about the Story Circle, but I know that Community is a huge part of my formative college experience. And when Harmon moved onto make a hyper-popular show with prolific creator Justin Roiland, and then Roiland made Solar Opposites with Mike McMahan, my love spread to their content as well. And it’s all fantastic, quality content that gets caught up in the debate over which is better or worse. There are many easy comparisons to make, but Solar Opposites (and any story) deserves to be evaluated in a vacuum. Turns out, I think it’s pretty good.