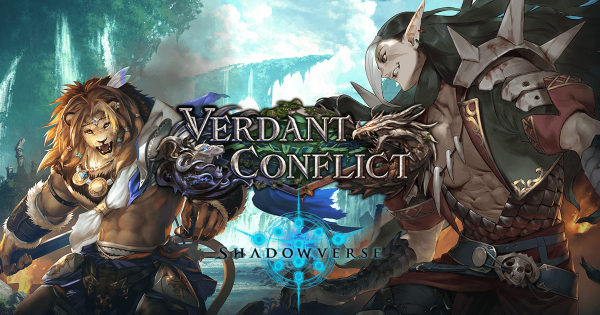 - Set releases on September 25th, with a total of 114 cards.  97 and 2 Leader Cards will be released at the end of September, with 17 more in November.

Shadowverse's story will introduce a new world called, "Naterra."  According to the press release, players will "Navigate your way through the evergreen and divided land of Naterra alongside familiar comrades."  Card previews and information can be found on the Verdant Conflict Special Page and trailer below!

Verdant Conflict will introduce a total of 114 cards, including 2 Leader Cards.  97 cards and the Leaders will be released at the end of September, while the remaining 17 will be released in November.

This card set will add the new "Natura" trait and Crystallize mechanic to Shadowverse, allowing for even more play possibilities!

Crystallize is a follower effect which allows players to play cards as an amulet for the Crystallize cost if they do not have enough play points to play the card at its original cost.

Prerelease allows players to buy cards from Verdant Conflict before the official launch date!  They will be available from September 18-24th.  Prerelease comes with the following benefits: 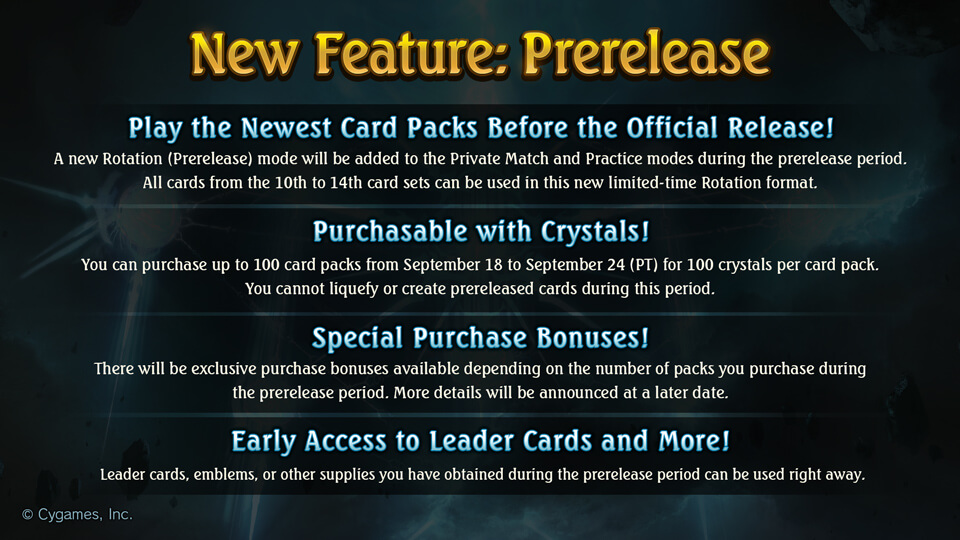 With this new update, purchased card packs will yield card pack points.  These points can be traded for legendary cards or leader cards.  Obtaining these cards for the first time through trading points will also yield other items such as emblems.

Hmm...  Could this be the system they talked about during the interview at Anime Expo? 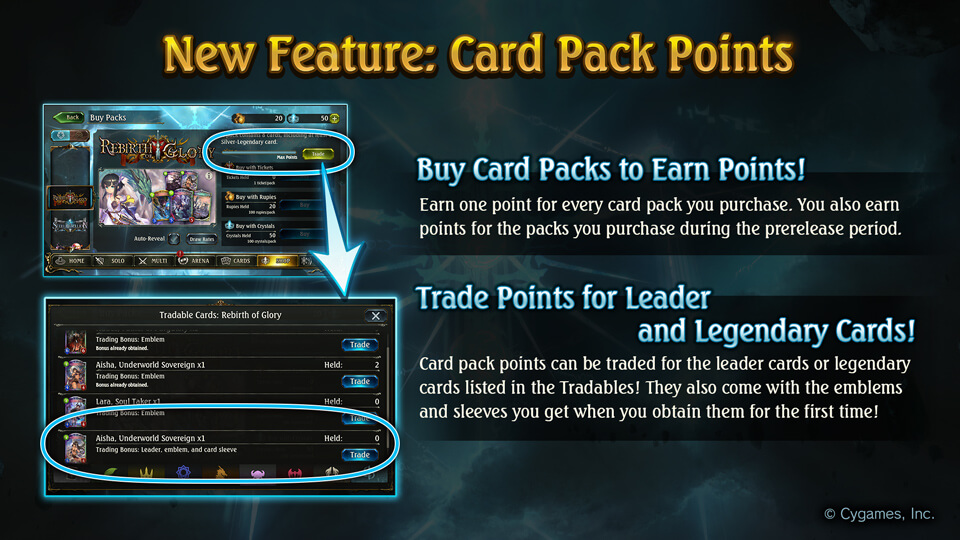