SPECULATION: The Mandalorian and Star Wars: Galaxy of Heroes 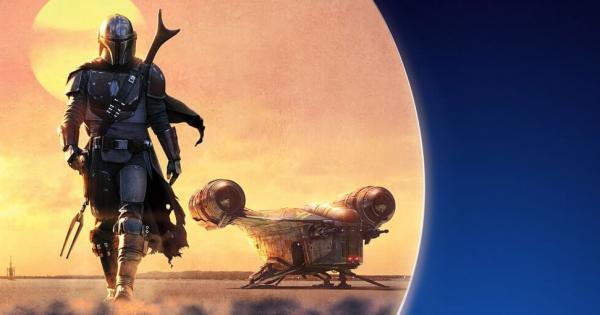 The Mandalorian now streaming on Disney+ shows a lot of promise for source material for the mobile game, Star Wars: Galaxy of Heroes.  I speculate on what characters may see introduction to the game.

Disclaimer: This article contains one minor spoiler, though vague. Great care has been taken to keep the article as spoiler free as possible.

Hi Holotable Heroes, The Mandalorian is the newest Disney Star Wars installment coming to the new streaming service Disney+ today.  The Mandalorian, starring Pedro Pascal, Carl Weathers, Gina Carano, Werner Herzog, Nick Nolte and Giancarlo Esposito, will air eight episodes.  The first episode is available now, the next one will be out Friday November 22, and then the remaining six episodes will air on Fridays after that.   I’m quite excited about the series after watching the first episode, and I’m quite excited by the potential characters that could be added to Star Wars: Galaxy of Heroes.

In the November Q&A Vyeking told us that as the series goes on, it’s very possible that Mandalorian characters will be introduced in the next eighteen months.

Q: Do you have any plans to support the new Mandalorian show? I would love to see a few more bounty hunter kits added to the game.

A: CG_Vyeking - I am so excited about this show. I want so much to share with you all of the ideas and potential I see here, but I can't. All I can say is that I want to really dig into this content! Don't let CG Tophat fool you, it's going to rock. That said, I have to say there are no promises because, of course, plans always change

Played by Pedro Pascal, the enigmatic titular character is all but guaranteed as a potential ingame character.  I wouldn’t rule out the much anticipated Mandalorian tag, as the game currently has three Mandos: Boba Fett, Jango Fett, and Sabine.  It’s unlikely “The Mandalorian” will be the only important on screen mando, and, in the first episode, there was one other on screen mando that could make a Wat/Hoda/C3PO like strong support unit.  In addition to an all new faction, The Mandalorian could be used to rework the Bounty Hunters much in the same way as Jango Fett’s and Bossk’s introduction. From the first episode, it seems that The Mandalorian would be an Attacker,  but there is a lot of show still to go.

Fans everywhere were thrilled when they saw what appeared to be IG88 in one of the early teasers--we now know that the droid was actually IG11.  IG11 is quite powerful on screen, and could definitely be a strong addition to either the Bounty Hunter or Droid faction teams. The minor spoiler I promised could make a powerful mechanic ingame: during his on screen presence he has a penchant for wanting to self destruct according to his manufacturer protocols to avoid capture.  The Mandalorian rebuffs him several times for attempting to self-destruct, and I think it could be a fun mechanic if X doesn’t occur IG11 self destructs as a way to balance him and add flavor. It’s unlikely they’ll make him a second Imperial Probe Droid, but I think the scene was too memorable to leave out of his kit entirely. It’s also possible the Mandalorian and IG11 will have synergy, but from what I’ve seen in the first episode, that’s not guaranteed.

While there were no named jawas on screen in the first episode, IMDB has Jawa’s listed for all eight episodes.  It’s possible their involvement as the show develops could dive more into Jawa culture and society, which could be grounds for a Jawa rework in game.  I’ll admit this is unlikely, but many players did work Jawa’s early for the crit chance mod challenge back when they were required. It would be nice to see that work rewarded even if it means working one or two  more characters in addition to the old ones.

We don’t know at this time what role Brendan Wayne will play in the Mandalorian, but he is credited for five episodes, third in line after the titular character (8) and Jawas (8).  I for one am very excited to see what role he'll play in the series.

What do you all think? Which characters would you like to see included? It’s very comforting that CG is showing a lot of interest in the series as a potential source for ingame content, and the first episode is very promising.  If you would like to see The Mandalorian, it is available on Disney+ starting today, and Disney+ has several other fantastic Star Wars content such as Episodes 1-8, The Clone Wars, Rebels, and Resistance.  The service seems quite worth the price in my opinion.