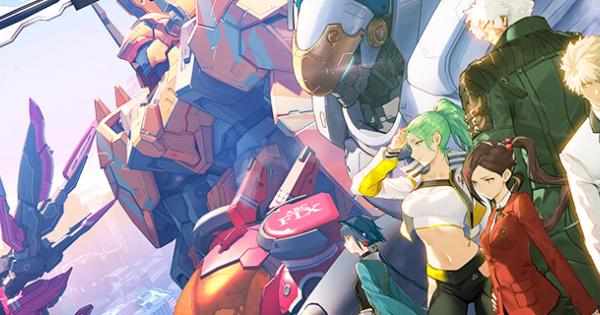 I'd like to make a bold statement. If you are a fan of games like PUBG but haven't tried Super Mecha Champions -- you're missing out.

You've gotta try it. No seriously, go download the game and try it out and come back to me. I'll be here. And if you need a little more convincing, check out the trailer below:

For starters, they added a spectator mode - so now you can actually view your friend's matches instead of needing to join it to see how things go, which is really helpful in a battle royale game. They've also made some great quality of life improvements, cleaning up the leaderboard by showing your unique pilot, adding more interactive elements and emojis so teams can better communicate in emote and movements, and some other cool tweaks.

But the real benefit in this update comes in the form of Lori, a new playable character. The eldest daughter of the Simizu family, a noble family who fights for freedom and glory, Lori gets an exclusive mecha called Skylark. This exclusive mecha has the special ability of leaping into the air with an insanely powerful jump.

Even better, Lori is actually voiced by Ishikawa Yui -- a voice actress who also plays characters in Attack on Titan, Gundam Build Fighters, and NieR: Automata.

And there are also three new SS-level reward packages that players can now unlock by clearing Centurion Agusta, Neptune, and Vesta stages.

This quality of life update with some new bonus playable content, new reward packages, and a new playable character looks pretty awesome. We'll keep you up to date if anything else crops up.

Download the game on iOS or Android with the below buttons.