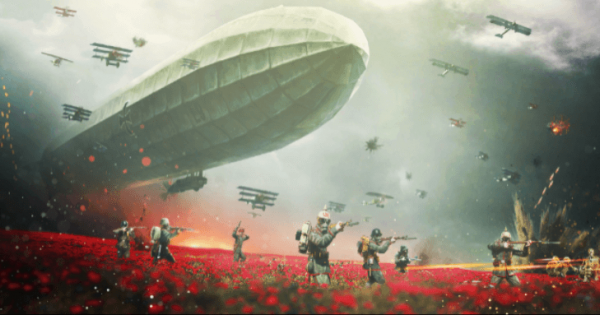 Game developer Bytro - creators of Supremacy 1914, Call of War, and Conflict of Nations, have a new title under the Supremacy brand coming to mobile this fall.

It's called Supremacy 1 - The Great War, and it sounds pretty awesome.

If you've ever played Risk, think of Supremacy as Risk to the power of 1000. It's like Risk meets Diplomacy meets Command & Conquer.

Like many map-based games, players pick a country and the game begins with the AI filling in the gaps, and the moment the game starts it actually doesn't stop. You gain resources over time, building up your stores of grain, lumber, coal, oil etc based on what your country produces best in that era, and you can purchase, trade, or shift the balance of how much of some resource you are using to get a better surplus in other areas.

Check out this trailer to see what I mean:

While the action in this trailer is quite fast, the game seems to move at a much more realistic pace. And the options for what you can do (and how you can do it) are really quite intuitive.

Have a lot of trees? Sell lumber to neighboring nations at a great profit. Have too much coal? Burn it for fuel instead and build up your stockpile of oil and lumber.

Players build up armies, fortifications, shipping ports, and make choices to diplomatically or not-so-diplomatically deal with their surroundings.

And while the game itself is on PC - the mobile version lets you access the same tools on the go to play through matches wherever you are.

So get ready to try out Supremacy 1: The Great War at the end of August as it hits mobile devices which will no doubt feature a lot of the same style of gameplay across the backdrop of World War 1 -- with plenty of new features to boot (we'd expect).

You can check out Bytro's official press release on their website by hitting the button below.