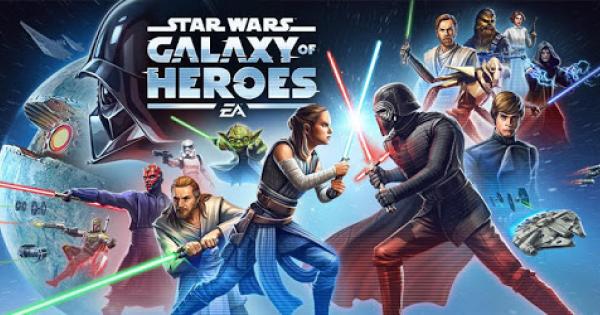 Hey Holotable Heroes!...okay that was bad, sorry, but seriously guys, today we have Tommy Race giving us a breakdown and his thoughts on the recent Q&A, we hope you enjoy it!

It is not uncommon for these Q&A’s to include several spoilers and hints as to what is to come, and this one was no different. This Q&A we were joined by, CG_Tophat, Live Producer, CG_Erik, Player Lifestyle Producer, CG_SvennGG, Sr. Game Designer, CG_Vyeking, Creative Director, CG_Cyanides Data Analyst/Lead Product Manager, and CG_SBCrumb, Community Manager.

New Ship Content Including a Raid and an Epic Confrontation

It’s no secret that CG hasn’t been able to do all they hoped for with ships since their release in 2016. Ships will be gaining some new content including a part in the next Epic Confrontation (no date given at this time but likely before the end of the year), and a new fleet raid coming in early 2020. It is this author’s opinion that investment in Galactic Republic and Separatists Ships will be well rewarded. Even if you do not gain the EC character/ship this time around, you will be in a better place to get the EC character/ship when it returns ~3 months from now.

This almost made top story for me. I am fanatically excited for Sandbox mode specifically for developing counters and gaining valuable experience in niche matchups. For years, CG has said they had no plans of adding a sandbox mode, but today they said “An engaging sandbox feature is an important part of the future feature set for SWGOH and, while we cannot tell you exactly when this feature will make it for the holotables, we can tell you with certainty that a plan for this feature is ‘in the books’” (CG_Vyeking). CG confirmed last month that it was not on their docket at that time, so I suspect this feature will take 8+ months before it is ready for release, but I’m excited and hopeful that it will be worth the wait.

The game will in the near to mid future be removing the three month rotation from their “core events”: Legendaries, Journeys, and Epic Confrontations, “and instead making them a standing event that players can start to interact with whenever they’re ready.” CG_TopHat went on to say, “Fundamentally, we want players to get better oriented earlier and have a clearer understanding of what the path to success in the game looks like.” The hope is that players will have a better guide to the endgame, and the various modes CG has constructed over the years. It is unclear at this time if all events will be available at the same time, or if some events will unlock others.

There has been a lot of speculation that resources have been diverted from SWGOH to a new project, and CG_Tophat says No emphatically, and he continues to explain, “Making the Territory Battle is a pretty monumental undertaking. We have to model the new units, come up with new kits, and balance tens of combat nodes.” He went on to say they are quite busy working on the next Epic Confrontation, a new Raid, and Episode IX content. 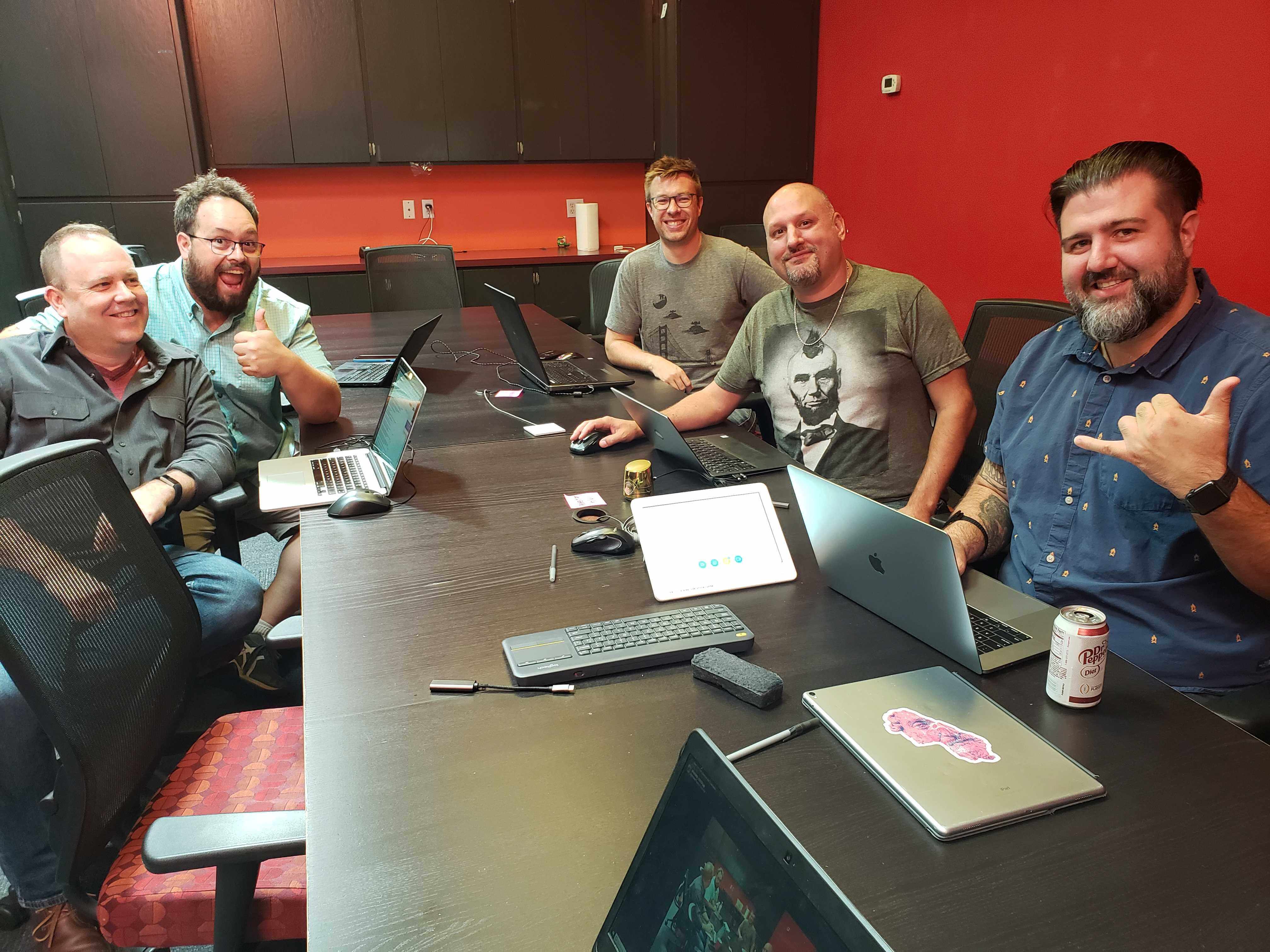 It’s not uncommon for someone to ask if content can come from legends, and they did answer in the affirmative, but it was quite interesting that they said they were planning on working on Disney+ content as a reason to not work on legends content at this time. This is likely a reference to The Mandalorian debuting on Disney+ this coming November 12, 2019. Given no content was developed for Star Wars: Resistance, this is a welcome confirmation, especially for Scoundrel fans everywhere. Looking at you Clash!!

CG is exploring options to use every character for one or more game modes. CG_Erik said, “There are lots of ways to approach this problem, and we don’t really have any specific details or a timeline to share at this time.”

CG has been discussing how to help new players catch up with more enfranchised players, and they will be sharing more details starting in November, and this includes gear bottlenecks that will be relieved by future content designed for all players. Given that we are in a high tide of gear scarcity given G13 and relics, this may be met with skepticism, and though the bottlenecks will never truly be removed, better days are ahead for grind fatigue. One bright point is that no additional relic levels are being considered at this time.

CG_TopHat confirmed that the bug causing Geonosis Territory Battle phases to last 36 hours instead of 24 like the Hoth Territory Battle Phases will not be fixed to allow some players who requested the additional time it provided the time they need to coordinate. I expect this decision to be a source of controversy.

CG responded to one player they will not be looking at ways to upgrade 4 dot mods to 5 dot mods at this time.

CG_Erik said, “We’ll with the team about whether making more of the arena leaderboard makes sense,” in response to a question about Ranks 1-4 being able to see ranks further back to challenge.

CG_SvenGG reported that they are working on a method to craft gear without a character that needs the fully crafted piece of gear.

CG_SvenGG said, “We are actively exploring ways to ensure that crewless ships do not fall behind in power [compared to ships strengthened by relics]”

CG_SvennGG will look into adding a numerical counter similar to ferocity for other characters with stacking abilities to the docket.

CG_SvennGG made mention that he will consider options for setting a preset GAC defense plan, and that “We are actively tracking pain points in the Championships user experience and putting together a holistic solution to improve the feature while respecting and supporting the competitive core.”

CG_Erik said they will look into the request to add notes to to specific characters and nodes similar to TW Defense instructions.

CG_SvennGG said, “[The character preview screen] is a great candidate for a little TLC because it’s one that players interact with repeatedly. An ability to cycle between visible stats like a treadmill could work well in conjunction with some other supporting information

As player’s mod inventories fill to capacity, as managing mod space can be a bit like brushing teeth, there are technical constraints to improving it, but they are planning a system to make selling mods easier. 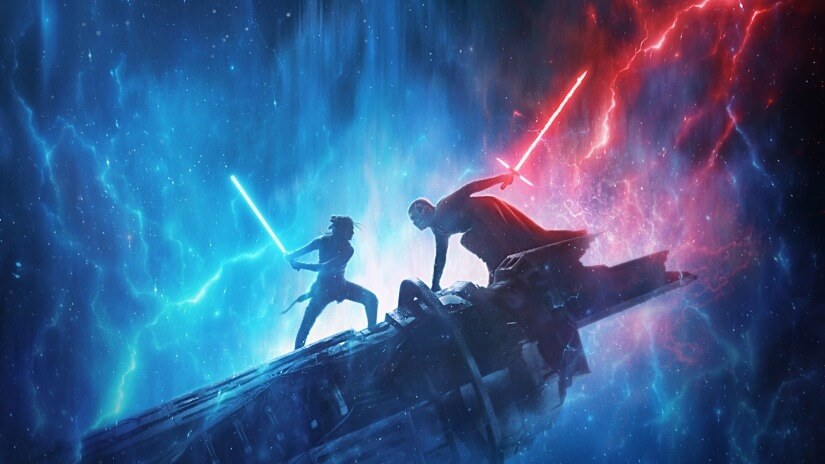