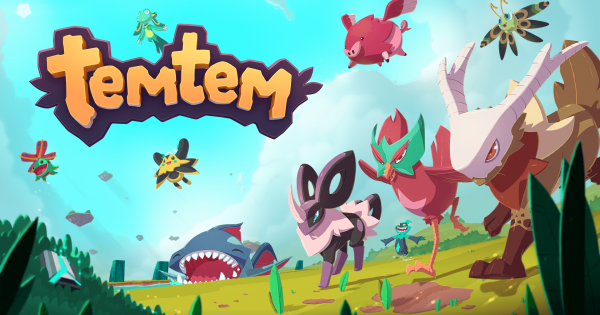 On December 5, 2019, Humble Bundle announced their latest published game, Temtem, will be arriving to PC in January!

You might have heard about Temtem last year when they were running their Kickstarter. The game was looking to raise $70k, but reached about $573,000 towards their goal of creating the fantastical monster-collecting MMO people have been asking for ever since Pokemon and Everquest was a thing.

Players who get into the Early Access will be able to try out the 2v2 combat system, and will have access to the open-world adventure up to a certain point. There will be 4 "Boss Dojo", 76 Temtem creatures to catch, trade, and shiny hunt(called Luma Temtem in this game). There are 3 island areas to explore as well. The game will have at least 50% more content and almost 100 new Temtem before launch, which does not have a date yet.

The developers of the game, Crema, have been around since 2009 and their current list of released games is mostly mobile-focused. Their latest game was Immortal Redneck, a roguelike FPS with an Egyptian vibe. Temtem has not been announced for mobile yet but it will be coming to PC and consoles.

You can check the game out at the links below!