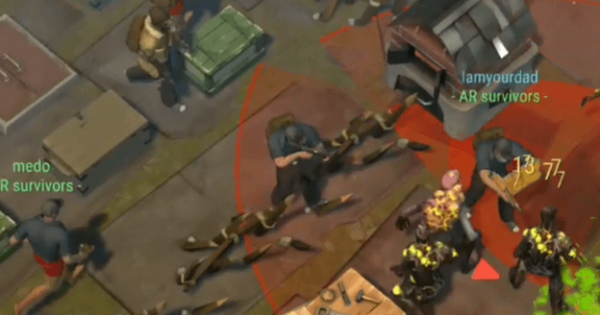 Last Day on Earth has received a small Sector 7 revamp update on 25th October. The main goal of the update was to introduce new mechanics. The most important change saw the storm - it was scrapped and zombie horde mechanics were introduced. The horde functions just like zombies attacking your base every 24 hours, though in Sector 7 it takes a bit of time to face the horde – 7 days. Although attack frequency is slower than that of in the main base, the intensity of attacks is far higher. S7 horde can destroy buildings and chests too, so that means you have to get together with your clanmates every week to fight off the horde or else you will lose all of your hard-earned items!

The horde itself consists of 5 waves, difficulty rising with each wave. You will need 5 or more of your clanmates fighting side by side to have a chance at defeating the horde. You will also need high-tier weapons to deal with later waves.

Another small but quite welcome change was to Sector 7 map system. It’s the same as the global map – you no longer have to access the grid-like terminal system. This change brought two of the new key elements to the S7 – Energy and Territory Claiming.

The addition of the Energy system is directly tied to the current one we see on the singleplayer side of the game. You use the same energy bar both inside and outside of Sector 7. This brought a pace breaker for everyone to not farm S7 non-stop, but it also brought P2W element to S7, where a person spending more energy intuitively gets more points.

Territory Claiming finally brought a considerable meaning to Sector 7.  You may give certain items to an NPC at the S7 entrance to earn points for capturing S7 zones. Farming zones, killing bosses will also give you a considerable amount of points, so be sure to slay that Devourer daily! Not only you will get points and materials for defending and grinding more points, but you will also gain more loot! If you’re in a party, you will no longer have to decide who picks what, because loot is proportionally increased when there are more members in the party! Party members also collect points together, so if one person farms stone, the others get the same amount of points as the person who is doing all the work. So now, one person can work on looting the zone, another one killing the enemies, and one who opens the chest, to clear S7 zones quickly and efficiently.

One of the more questionable additions was radiation mechanics. It has opened up a lot of possibilities because your player is now immune to a certain amount of radiation. You will have to appropriately gear up for facing high-tier zones and bosses, though. As they’re very radioactive, they can bring down your health in mere seconds. The one major setback of this addition was armour getting affected by the radiation. You will have to be on the lookout, as radiation will slowly chip away at your armour’s durability. This addition was certainly met with a lot of criticism and players would like this specific mechanic to be removed as soon as possible.

Although being a major game-changing addition, Developers have increased the durability of firearms and armour in S7 once again. This is huge, as now farming is essential for keeping your points up in the leaderboards. Though, the radiation interaction mitigates all the durability buff that was given to armour, which leaves a lot to be desired.

S7 revamp was met with mixed reviews – most players are concerned about the future of the game as it continues to heavily monetize grindy parts of the game. Now, microtransactions were introduced into Sector 7. Only time will tell how Developers will monetize without hurting the game balance.

With all the interesting, game-changing mechanics added in this update, S7 still feels incomplete. We hope to see more content in S7 soon, though!  Now, let’s enjoy the 3rd season of the singleplayer!

Speedrunner and a weeb, nothing much to say.