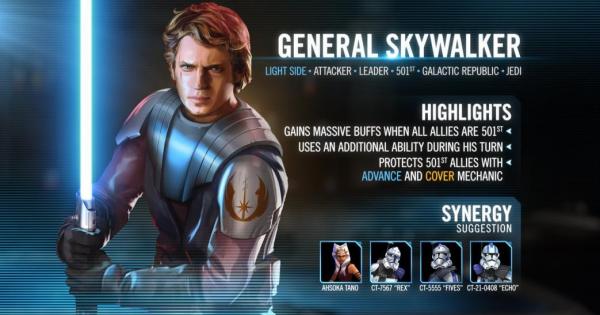 Week In Review (and in progress)

Hi Holotable Heroes, today we have Tommy Race bringing us up to date on the events of this week in Star Wars: Galaxy of Heroes.  Today we’ll be talking about:

AhnaldT101 Attempted and Failed to Solo Clones with G13 Malak

Last week we featured Operation Metaverse’s video showcasing G13 Malak dominating several relic’d clone teams on auto. Other YouTubers such as The Robot Wizard and It’s Just Ian confirmed that this counter was as devastating as it was reliable.  In AhnaldT101’s stream on October 8,2019 Ahnald wasn’t able to clear a single clone from the team, lost, and preloaded the clones.  What Happened?  What can you do to prevent making the same mistake? What can you do to encourage your opponent to making the mistake?

Firstly, we looked at Ahnald’s mods and they were all on point, and Malak was damaging as expected with his current modset.  Ahnald’s strategy was on point and no obvious errors were made.  It’s safe to say that no one’s Malak in the game could have defeated that Clone team.  Why? The secret was how Fives was modded.  Current modding practices favor Health over Protection with the mods 2.0 update, but his opponent, Gilly174, modded his Fives differently. By going heavier on Protection (91K) vs Health (48k), Darth Malak simply couldn’t do enough damage with his Drain Life which does damage equal to max health, in this case 48K*1.6 (Shaak Ti’s Leadership).

In conclusion, check your opponent’s Fives before attempting a Malak solo, and be sure to have your Fives with a very high Protection to Health Ratio by the start of the GAC Lock in Period to hopefully snare a defensive win by an unsuspecting victim. 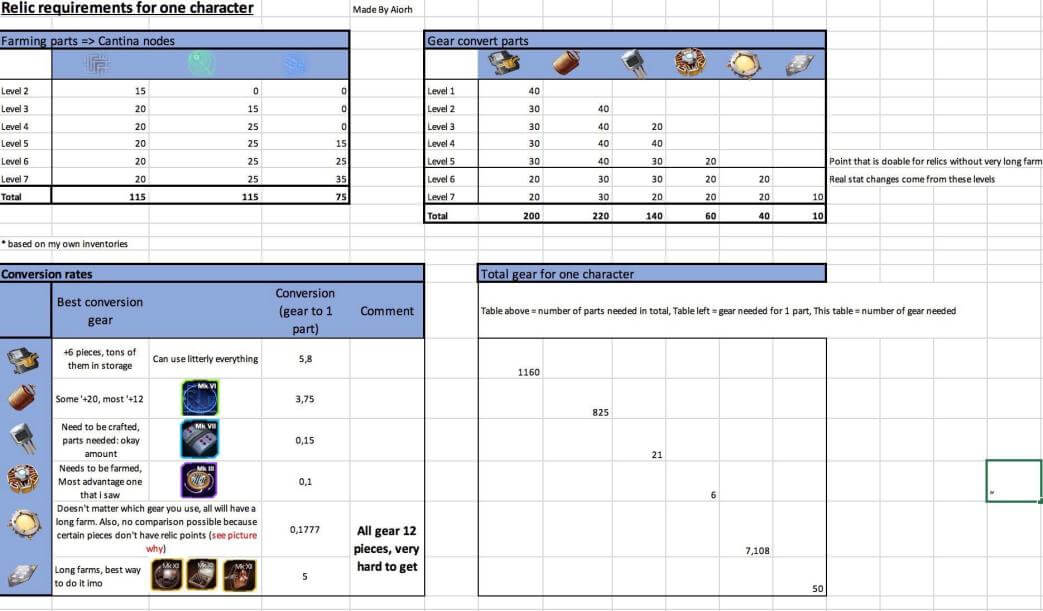 This infographic will certainly be a staple in the community, as it is a one stop shop for all the information you need to know about farming relics from how many signal mats you need to the best gear to scrap for salvage.  Hoarders and Planners everywhere rejoice, as this is the infographic you are looking for.

Will the event live up to the hype. Congratulations to those who are able to overcome the Battle on Kamino today, and may the force be with you those you looking to get him in three months or even six months.  For more information on the game’s second Epic Confrontation, check out the Gampress.gg Event Breakdown here:

His full Kit can be found Here:

In addition to General Skywalker it appears we’ll get one more 501st Clone: ARC Trooper. ARC Trooper looks to be quite an insane addition to the game as well.  His full kit can be found here:

These kits provide quite a bit to break down, so I recommend this amazing Theorycrafting special by The Playbook:

One unfortunate glitch afflicting TB’s and TW’s were the buttons mysteriously vanishing for some players forcing an auto loss where both the team was gone and an attempt on the defense was recorded as a loss resulting in less banners.  CG announced this upcoming title update would have a temporary fix for this issue while developing the final fix.  CG_SBCrumb described the Bandaid as follows: “In the interim, we’ve introduced a short term bandaid, a “kickstart” if you will, to the battle system. If your buttons disappear in battle, we’ve introduced code to restart the battle system and refresh the buttons after 10-20 seconds (that’s at 1x speed).”  It is unclear at this time if the timer restarts with the battle or if this fix could potentially affect arena to lock out your position for a prolonged period of time. Overall, I am very optimistic for this fix, which should make TB and TW far more enjoyable for the affected players.

Mandalore MAW1 Introduces the Top Counters to the Negotiator

The Negotiator, General Kenobi’s Capital Ship, is very much proving to live up to the hype even at 5* saying Hello There to Fleet Shards everywhere. For many who aren’t getting enough GET2 currency to unlock the Negotiator, aren’t actively farming him, or simply are focused on other projects may find this meta shift overwhelming.  Mandalore MAW1 delivers some amazing counter ideas with video including Han’s Millennium Falcon, Thrawn Bugs, and even Mace HT but with Thrawn. Please check out his amazing video here for more information!