What Do Sonic the Hedgehog and Katamari Damacy Have to Do With Performative Wokeness? 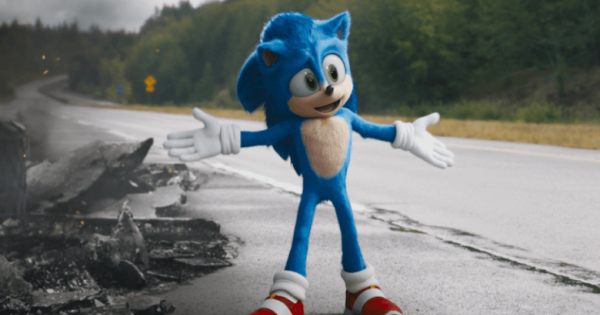 “A strange game. The only winning move is not to play.”

On May 25, 2020, George Floyd was murdered in Minneapolis, Minnesota. The cause of death was asphyxiation. He was accused of using a counterfeit $20 bill, “resisted arrest”, and a police officer used their knee on his neck until he choked to death. According to witnesses, Floyd was unresponsive for almost three minutes while Derek Chauvin, a police officer with a history of aggression, held his knee on his neck.

And oh my God, have you looked outside lately? The world is on fire. And personally my media, especially social media, is overflowing with protest support from everywhere on my news feed (You can use this link to donate). Allies are offering words of encouragement, some of them going so far as to let Facebook friends use their homes as a resource. Video game collector groups I’m in are running charity raffles. People are posting images of their donations and asking others to match. Right now on TV, Nickelodeon is running a 8 minute 46 second empty screen commercial, reportedly over which you can hear breathing. To me, these are demonstrations of genuine compassion for a problem that seems insurmountable.

On nickelodeon they have a “I can’t Breathe” commercial that shows how long is 9 mins. During this 9 mins you hear nothing just breathing.

Now, more than ever, I have been asking myself important questions, such as, “What can I be consuming right now in order to help the radical change that is coming around the corner?”

“How can I help make the world a better place and feel like I’m part of the solution rather than the problem?”

“How important is this movement if it isn’t about me?”

First and foremost, the problem with these questions is that I am not just a consumer. I’m David. I’m a writer and I’m a gamer. I’m also a cis white-passing male who has never experienced prejudice on the level that marganalized groups do every day. How can my opinion make a difference, when there are so many more relevant things to be said, coming from people with personal experience? My voice lacks credibility. Even if I parroted an opinion using a hashtag or reposting an inspirational quote, I do not believe people would see my message as 100% genuine. Not when people like MLK Jr III, Barack Obama, and these activists are speaking. 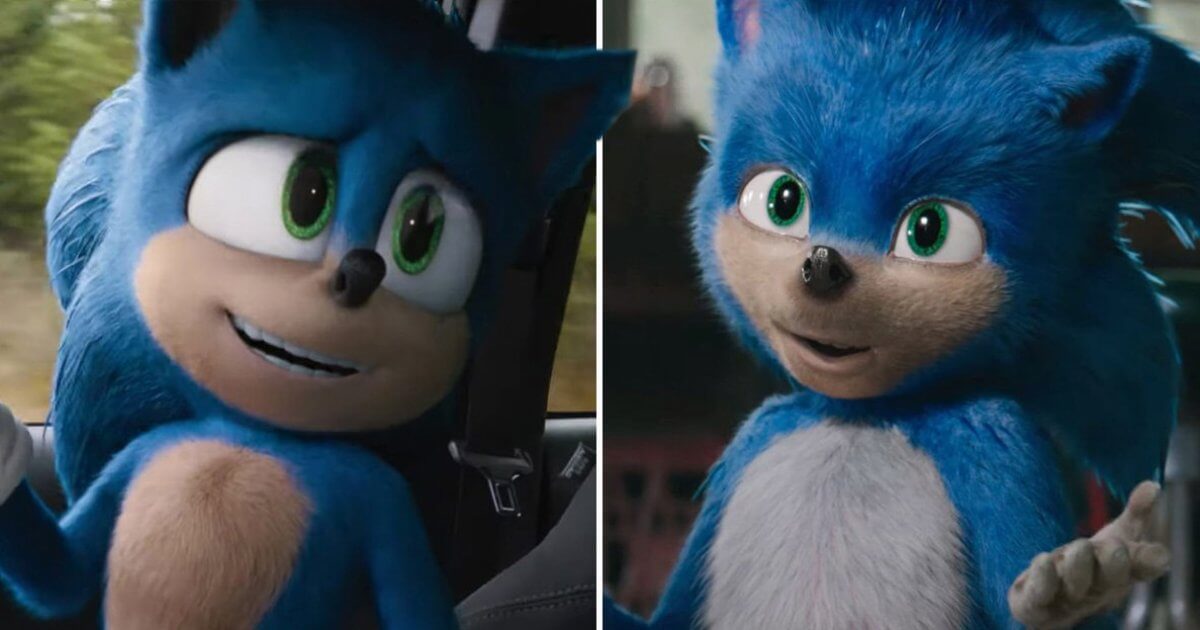 Opinions with challenging ideas are hard to engage with on social media. Posts on Twitter, Facebook, Instagram, and Reddit about controversial topics are easy to misinterpret because the intent of the author is complicated by layers of persona and the diversity of experience. To solve this problem, we should start with the acknowledgement of author intent and end with empathy.

The intent of any written work, whether it be a book, short story, or sentence, is to convey a message. Sometimes that message is, “I can’t breathe.” This person is unable to perform a necessary life function. Now let’s remove all context. Generally, that sentence would be taken for its literal meaning if you were to hear it on the street. This is a statement with no ambiguity; the subject and message are clear. It wouldn’t matter if I was RPing an underwater Sonic level (HydroCity Zone) or if my windpipe was being crushed under the knee of a fascist.

"Sonic's the name, speed's my game"

Let’s break down one scenario to understand how the context of this sentence can change its meaning. Sonic the Hedgehog (1991) does not speak English in Sonic 3 (1994) and Sonic and Knuckles (1994, I never beat the HydroCity stage when I was a kid). To RP Sonic effectively, for the purest of reasons, English must be spoken. I cannot move a part of my body that would effectively convey my desire to roleplay as Sonic the Hedgehog. What could I do to mimic his blue bristles and “too-cool-for-school” attitude with my arms and legs and face that would make you point at me in person and say, “Hey Sonic!”?

In 2020, Sonic speaks regular ol’ English, voiced by Ben Schwartz (Jean-Ralphio from Parks and Recreation). In the movie he quips with a pig played by Jason Marsden (Cyclops from the X-Men series) and they go on an adventure. If I want to RP as Sonic, I can speak and be in-character, contrary to the character’s original design. If I ran down the street painted blue screaming “Chili dogs!” and “You’re too slow!” and uploaded that to YouTube and called it Mega64, someone would laugh. If I jumped into a pool and pretended to sink, as any pure Sonic RPer would do because he cannot swim, I would invariably try to say something like “I can’t breathe.

But I’m drowning. I’m drowning, Tails. Please pull me out of the water and save me with your helicopter appendages. Save me. When I jump into my apartment pool and sink like Sonic I won’t be able to breathe, and I will want to shout so I can be heard through my gentrified apartment complex. I will need to do so in a way that is most effective. In the moment, “Help! I can’t breathe!” might seem appropriate.

But that is not “I can’t breathe”, which was my original statement. Within context, I’m drowning and I need to let people know that I need these people to stop what they are doing to save me. I’m helpless and I am going to die. Sonic is going to die. Can Tails save me in time? Cut to 8 minute 46-second commercial.

If Sonic, Sega’s blue super-fast hedgehog mascot, was experiencing violence that caused him not to breathe, then I would simply press the buttons to save him. But Sonic is a fictional character, and when you’re watching George Floyd be killed by an authoritarian, all you can do in that moment is pause the video or keep watching.

In Sonic and Knuckles, Sonic doesn’t have to tell you he can’t breathe, the game does it for the player. The sound effect is terrifying. It speeds up rather quickly and the player only has 15 seconds to find the air supply. The sense of urgency to find the nearest air bubble could be felt in my chest when I was a kid. This is a feeling received from an experience. The message I got from Sonic in that moment was, “He needs air. He needs to breathe or I will lose the game.” That’s bad. I must save him. I could lose a life and I’d have to start the level over

When I receive that same message in real life. When I hear that sound effect, even out of context, I feel a sense of urgency. That urgency is what pushes me to save a life, and no words are necessary. I tried to listen to Sonic drown for 9 minutes. It was difficult. What do other people hear when they see the video of another black man say he could not breathe? Which one? Why do I have to ask which one?

There are too many videos available online of POCs being targeted and brutalized by people of authority. These videos should not exist in a healthy American society. We know this because this is not a problem in other countries, such as Norway. But when the videos are consumed by the general populace over social media, the intent of the person posting is sometimes offbase. Is this police brutality video being posted to inform, announce, disparage, or profit? The author of the post has an intent, but what is it 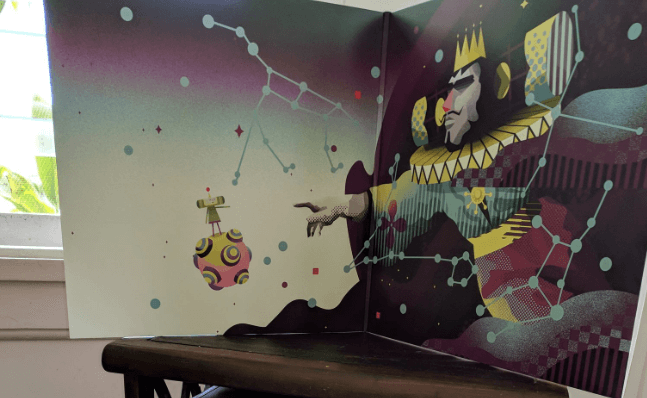 The gatefold to my Katamari Damacy soundtrack on vinyl.

Keita Takahashi authored Katamari Damacy in 2004 and I fell in love with it on launch. It was quirky and colorful. The completely analog stick-based gameplay was unique and immersive. There was a level of artistic expression that not only provoked my thoughts but aroused my senses. The soundtrack is a masterpiece and I own several pieces of merch.

But did you know that Katamari Damacy is a game about consumerism? The Prince must roll up every object he can find into a ball in order to make a bigger ball that allows The Prince to roll up bigger objects. Eventually, The Prince rolls up everything on Earth to make the stars in the sky that the King of all Cosmos accidentally destroyed. The game is accessible, fun, and a cult classic. But not because of the author’s intent. I found out about his intent when I stumbled on the article where Keita Takahashi explicitly states it. The interpretation is caught up in fun and spectacle, which are the same things that make social media a problematic platform for social justice.

Keita Takahashi is still making amazing experiences today. His latest game, Wattam, is less of a game and more of an interactive playground. The player can influence the game world in ways that don’t exactly line up with a full sense of agency, and there’s some poop walking around. It’s adorable and warms my heart. The author’s intent for this game is not as political as a commentary on consumerism, but Katamari Damacy is his most popular IP and nobody “got it” on launch. He got verified on Twitter last year. Well, almost. He did not want the checkmark, he “faked his death” and added RIP to his username and they removed the verification. In this action, Takahashi is refusing a level of authority on social media that would make his voice more relevant to a bystander. But that is not important to him. In fact, it’s detrimental. Keita Takahashi is a human being like all of us and his presence on social media reflects that. He typically posts pictures of his whimsical art projects, things his kids have made, and artistic expression he wants to celebrate. (He retweeted Barack Obama’s George Floyd statement and London Breed’s public address by the way.)

The Moon and the Prince

Keita Takahashi tries to avoid the pitfall of social justice commentary. In making a statement, the author is always relevant. On Twitter, someone with a blue checkmark would be noticed by a user more often than not. That complicates things. How can you know what Keita Takahashi means when you can only read the words he types? Sure, you can guess because you know his art and his public persona, but you cannot truly know.

When the line between entertainment and engagement blurs it becomes hard to see what is the right thing to do. If Sonic is drowning, can the player take action to save him? If a black man says “I can’t breathe”, is there any action a bystander can take that would make a difference? The answer to both is always yes.