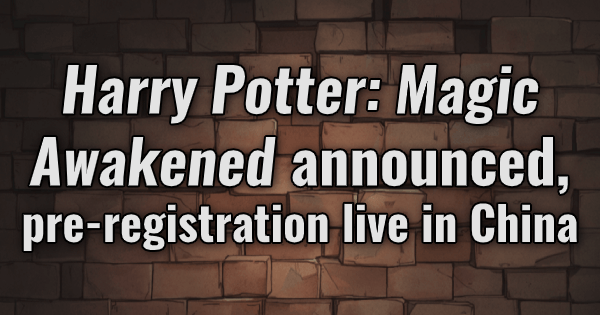 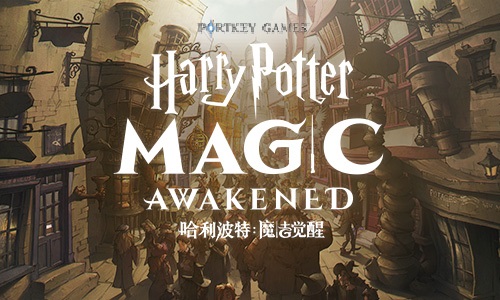 A long-rumoured Harry Potter mobile game has now officially been confirmed as of this morning. Harry Potter: Magic Awakened is coming to iOS and Android, with initial release in China. The game is already available for pre-registration in China.

The official website describes the game as “a card game that combines role-playing elements.” Players will begin the game when they receive a letter of acceptance to Hogwarts  “a few years after the Second Wizarding World War.”

Gameplay footage for an upcoming Harry Potter game was leaked last October on reddit and has since been taken down, though copies of the original video are still available, such as this tweet:

Leaked footage of an upcoming #HarryPotterGame. It actually looks kind of interesting? o_0

While early reports suggested this footage is of Magic Awakened, it may be a separate game. There have also been rumours of a Harry Potter RPG in development by Avalanche Studios, who have developed other open world action-adventure games like Just Cause.

Last year’s leak also suggested the game would take place in the 1800s, while Magic Awakened takes place much later, after Voldemort’s defeat

The game is being made by Warner Brothers and NetEase, a Chinese internet company. Unlike Jam City, which made Hogwarts Mystery, NetEase is far from a small, unknown company, at least in China.

They've worked with Blizzard Entertainment to distribute games such as World of Warcraft, Diablo II: Reaper of Souls, and Overwatch. They also are reportedly developing versions of games such as Minecraft, Minecraft: Pocket Edition, and Pokémon Quest for release in China.

No official word yet on if or when the game might be available outside of China.

This article has been updated to clarify that the leaked footage from October 2018 is likely for a different game.