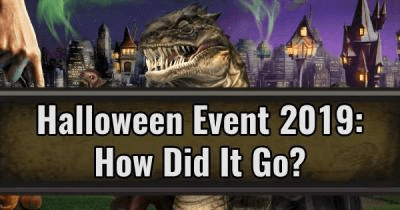 Phew, Chamber of Secrets is closed again. That was a close one. Seems like Slytherin’s Basilisk has left the Fortresses and is hopefully back to being dead in the 1990s, where it can’t petrify or kill anyone else.

Now that the Wizards Unite Harrowing Halloween Event is over, what'd you think of it?

Personally, it felt like the outline of a great event. A lot of good elements were there, but there is still a lot of work to be done building on the good aspects of this event for future events. Here are some thoughts on what worked and what could be improved.

Overall, most players seem to agree that this was a fun event. Despite being limited to only 48 hours, it managed to do a pretty good job of balancing for a range of players, from those with only short pockets of time for the game to those who could spend hours and hours grinding.

The Special Assignment was quick and easy (most players finished in under an hour), which worked even for those with busy holiday schedules. On the other hand, players with the time and Runestones to spare were still able (and motivated) to grind out extra rewards from the Harrowing Halloween Chamber. Players could farm Elites (for the Achievement which awards Spell Books) from the Basilisk or increase their Dark Arts Rank, especially to get more high level Runestones for use in Dark Chambers.

Professors could even complete the Chamber without using any spell energy by using Deterioration Hex on every Foe. Those who, say, have a Fortress at work could passively grind rewards for hours and hours without needing to keep collecting spell energy or focus closely on the app. It was a great time to be a Professor who can multitask at a Fortress for hours. (So, you know, obviously not helpful for all Professors, but great in the right situation.)

The boosted spawns of Young Ginny Weasley and Moaning Myrtle also tied in nicely with the event theme (Chamber of Secrets), even if most players had no need for more Moaning Myrtle. Tom Riddle, who opened the Chamber both times, would have been a good fit too.

What Could Be Improved

While the event was fun, there are a lot of ways the format could be improved for future events.

First of all, the Harrowing Halloween Chamber was far too easy for many players. With a recommended Grade of 4, the Chamber was easily doable without even spending a single Spell Book or Restricted Section book. (Scroll-only builds go to about Grade 6.)

While it was good that new and casual players could easily participate, players on both ends of the spectrum could have been better served by some kind of difficulty scaling. The only option being Ruins IV felt anti-climatic and made the hyped up, big boss Basilisk feel like a pushover. A beast so terrifying that it’s classified as XXXXX should take more than one or two hits to take down.

This imbalance was especially apparent after Werewolves on Community Day were buffed to 300 Stamina. Basilisks only had 248. While a lot has already been said about how the Community Day buff felt imbalanced, it felt even more imbalanced when the Elite, big boss we’d built up to all month was easier than the Oddities we’d faced in droves.

Keeping the game accessible for new players while giving higher Grade players a real challenge shouldn’t be like rocket science. Foes (and maybe even Oddities) should scale in difficulty and give better rewards the tougher they are. Fortresses already offer that, and the lack of scaling for the Halloween Chamber was especially noticeable.

On the subject of Foes, the two new Foes (Dark Witch and Dark Ministry Official) were cool, but felt out of place for the event. It would have been more fun to have Foes that tied in with the Basilisk and the Chamber of Secrets better.

For example, we could have fought a Young Heir of Slytherin (Dark Force, modelled after Tom Riddle, Merope Gaunt, etc.) and, say, Salazar Slytherin’s Ghost or some sort of particularly nasty Poltergeist (Curiosity). Someone else could probably come up with even better ideas for thematic Foes to go with Slytherin’s Basilisk.

Not only would those fit the theme better, but then the Dark Witch wouldn’t have to inexplicably be a Curiosity for no reason other than balance. (Seriously, Dark Wizard and Dark Witch should be the same class. It was weird.)

Along with fitting the Foes in better with the theme and scaling difficulty better, players could have had the chance to learn a new themed lesson, such as The Crowing of the Rooster (canonically fatal to Basilisks), or even a small lesson plan with multiple event-only conditionals. This could have been available all month to give players time (and motivation) to prepare for the big boss fight over Halloween.

As long as the Foe and Chamber difficulty scales well, newer or more casual players could skip these lessons (only applicable for the event, so not much FOMO if skipped) while letting players who have a large surplus of scrolls actually put them to use for the event, in order to take on the hardest difficulty versions of the event Foes.

Requiring Dark Arts Runestones was thematically fun, but in practice, it made for awkward multiplayer dynamics. A stranger could hop in your lobby with a single non-Dark Arts Runestone and turn the Chamber into a regular Ruins IV Chamber instead. Instead of being excited to have an unexpected guest join, it could feel like a waste of a Runestone.

It also made it harder for those who missed Community Day (and therefore had far fewer Dark Arts Runestones) to join in with their friends. While others had hundreds of Dark Arts Runestones to grind away at the Chamber, once their much smaller supply ran out, they couldn't play. If you didn’t have the Runestones, you simply couldn’t play.

All in all, the event was a great first run at a new event format, both as a stand alone event and as part of a fully themed month of events. While there are plenty of ways to improve on the model for the future, it was fun nonetheless, and we look forward to seeing what the Wizards Unite team will come up with next!

Okay, actually, we already know what the next event is, but we're still excited to see what else is in store.

In case you missed it though, the next event is happening at libraries around the world starting today. Check out our article on the event, which we'll update as more player reports come after the event start. 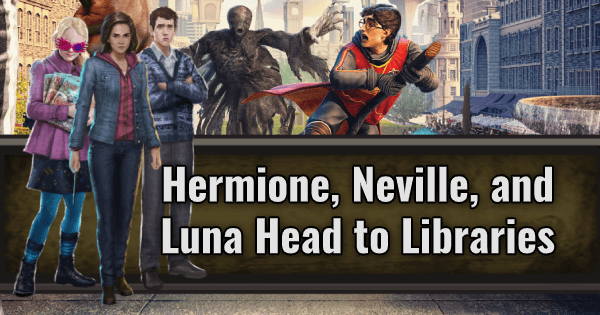