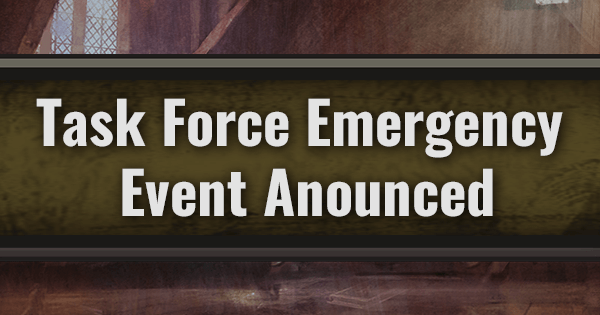 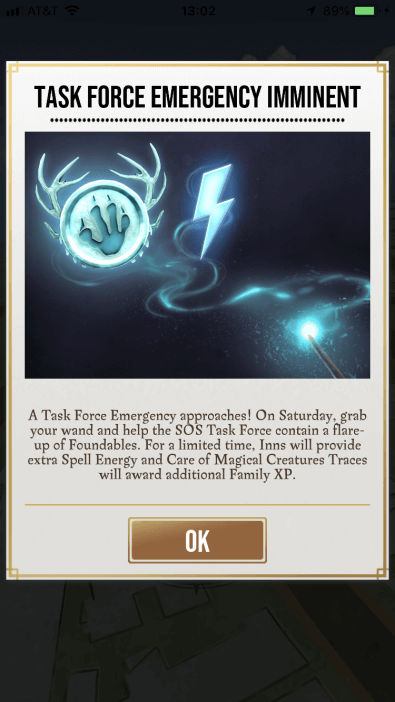 A Task Force Emergency approaches! On Saturday, grab your wand and help the SOS Task Force contain a flare-up of Foundables. For a limited time, Inns will provide extra Spell Energy and Care of Magical Creatures Traces will award additional Family XP.

UPDATE 6/29: We are covering the event live today!

UPDATE 6/27, 1:53 PM PDT: Early reports indicate that this notification has only gone out to players in the US and Canada so far. This may indicate that the event will be region-locked, but it may also be that notifications simply have not rolled out globally yet. Stay tuned for more details.

UPDATE 6/27, 5:54 PM PDT: Reports of players in other regions (including Europe and Asia) receiving the notification for this event have begun to come in. It seems like this may indeed be a global event.

UPDATE 6/27, 6:44 PM PDT: Region-based start times have been announced by the HPWU Team:

The timing for this is event is: