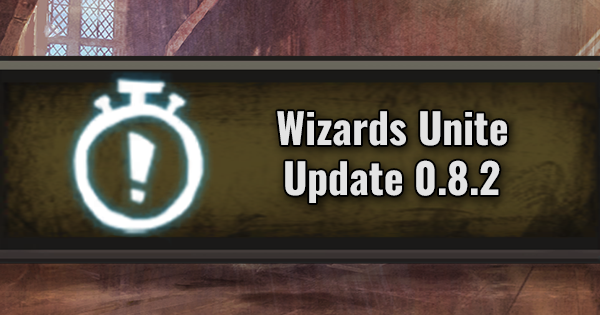 Hey, wizards and witches! Update 0.8.2 of the Wizards Unite Beta has just dropped, and it's got some pretty nice updates! Here's a quick rundown of what changes Niantic made in this recent patch.

Let's walk through the changes!

Finally, we have access to a feature everyone loves - customization! We knew that personalized Portraits were on the way, and now at last they've shown up. You can use Accessories (Lenses, Frames, and Filters) and Stickers to make your very own ideal Portrait. Plus, you can share your Ministry ID, your Portrait, and your Photo Mode pictures straight to social media networks of your choice without leaving the game at all!

On top of that, the coin reward for completing all Daily Tasks has been increased from 5 to 8 Coins!

However, to compensate, the reward for the Brew a Potion Daily Task has been reduced from 4 scrolls to 2 scrolls.

Based on community reaction so far, we would speculate that the Wizarding Challenge Daily Task may get removed, because it's much harder for some people to access Fortresses compared to others depending on location. Keep an eye out - we'll let you know as soon as more changes come through!

Niantic is also shuffling around some facets of Wizarding Challenges!

Last but not least, we have some small updates to a few Diagon Alley products and one of the Potions that Players can Brew.

Several Diagon Alley items have had their prices reduced, allowing Players with fewer Coins to not miss out!

In addition, all three levels of the Exstimulo Potion (basic, Strong, and Potent) have been buffed to decrease the Threat Meter even further when used!

That's it for this quick update, as we get closer to the game's proper launch! What's your favorite part of the update?