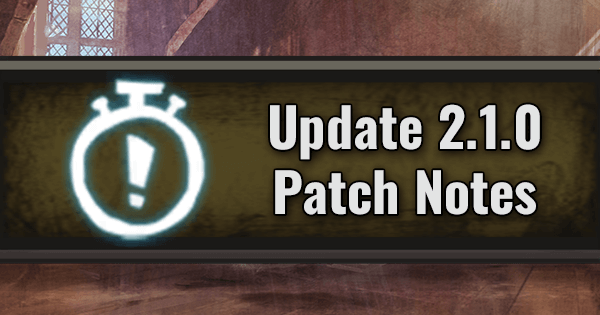 There have been a whole load of news and updates in the past 24 hours! Yesterday, we broke down the event announcements for you, and now we’ve got a breakdown of all of the updates to the game coming with version 2.1.0.

Some of the changes are already live, while others will only go live after updating the app via the Play or App Store. Read on for new content, interface updates, bug fixes, and more!

Six new Foundables can now be found in Trace Encounters:

A whole new page has been added to Wizarding Challenges, Symbols of the Wizarding World III. This page is centered around Ilvermorny and contains the following Foundables:

A few new cosmetic items for the Ministry ID were added:

New but not live (yet)

In addition to all of the new content above, there are also new assets in the game, including new Foundables and new potions! Thanks to u/zviznemte for finding these.

There are five new Magical Games and Sports Foundables. While we don't have the official names yet, they are all on a fourth, unreleased Registry page and all seem to tie in with the Gryffindor Quidditch Team:

The Tonic for Trace Detection seems to function similarly to a Dark Detector, but instead of being placed on an Inn and showing Traces for all players in the area, the Traces come to the player who used the potion and other players do not benefit. (Those familiar with Pokémon GO might recognise it as Incense.)

As with the new Registry page, these potions are not yet available in game.

Finally, there are also some new Portrait Lenses in the code, but these are also not yet available.

Several updates were made to help players better manage their Spell Energy:

There were a couple other changes to combat and Wizarding Challenges:

Players can now also change their “Code Name” (the name that shows to other players in Fortresses and the Friends List) through the Settings menu. Please note that players can only change this once, so choose wisely.

Several players started reporting issues with 7km Portkeys yesterday. Niantic later confirmed the issue and advised players to hold off on opening any 7km Portkeys until after the Potter’s Calamity Brilliant Event starts at 11am PDT / 6pm GMT on Tuesday.

After the event start, all 7km Portkeys (including ones collected during the Fantastic Flora and Fauna event) will award Potter’s Calamity related rewards. It is unclear at this time whether the issue will impact 7km Portkeys opened between the two halves of the event.

We’re investigating an issue where 7km Portkeys opened after the Fantastic Flora and Fauna Brilliant Event causes #WizardsUnite players to lose the Portkey. Please wait until the start of the upcoming Brilliant Event to open these Portkeys. Learn more at: https://t.co/fpGaeU2c0A