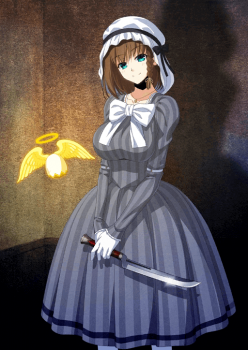 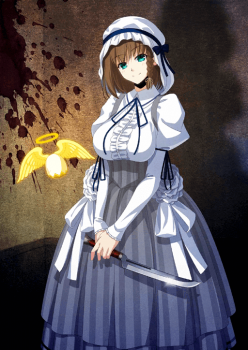 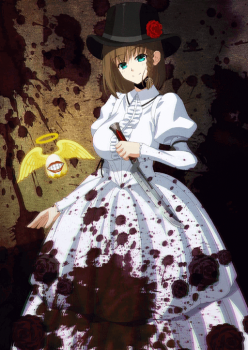 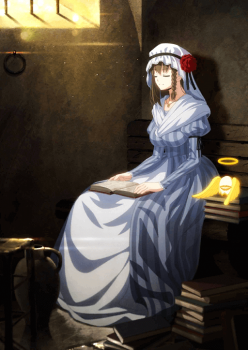 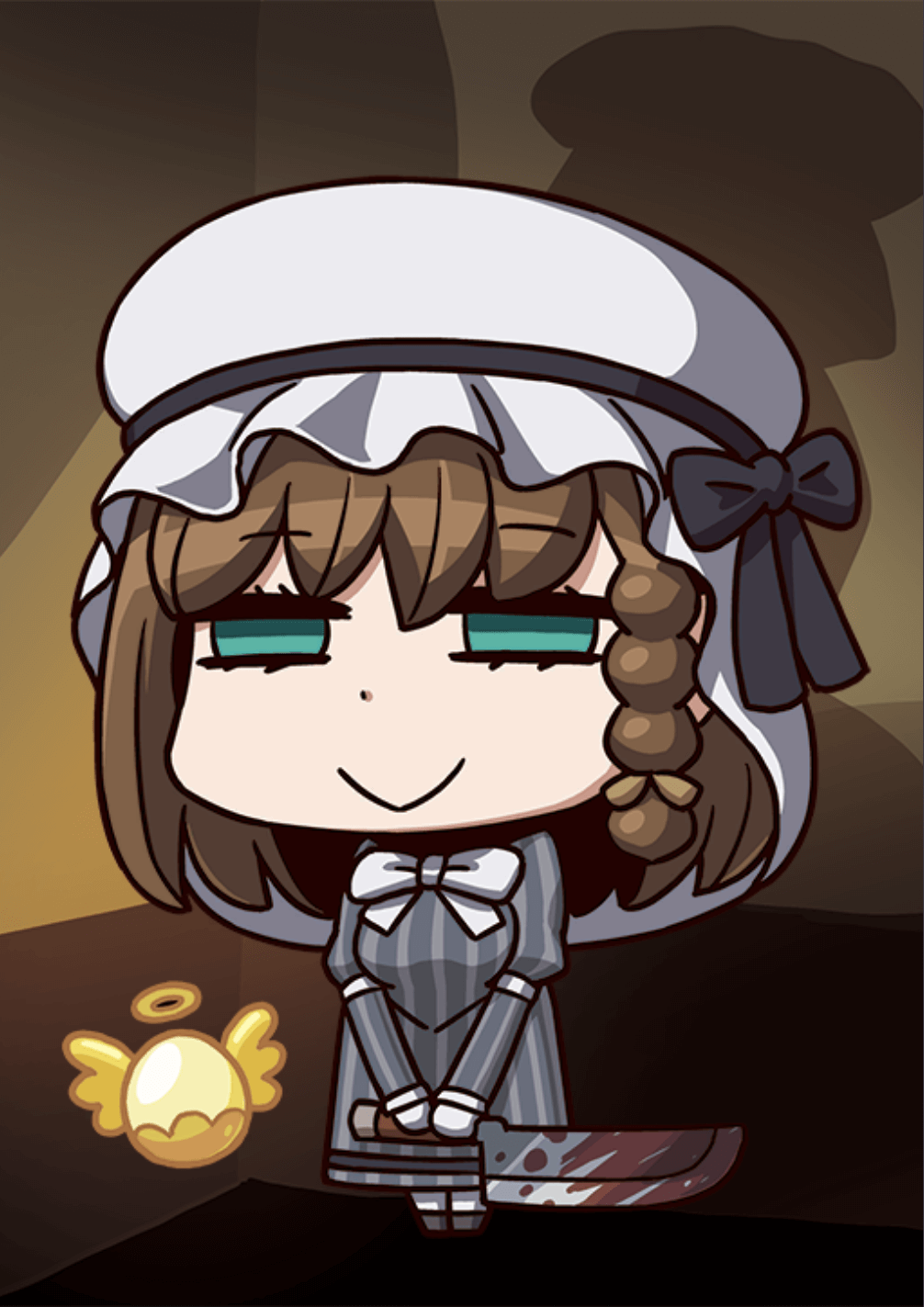 Angel of Assassination A

Chance to inflict Death to the target.

For Love of Country, and for a Dream as if to Drown in

When equipped on Charlotte Corday,
Increase all allies' Critical Damage by 25% while she is on the field.

“Though I cannot move the word, neither can the world slow me down. I pray I am forgiven. Please accompany me in this unknowing murder.”

Charlotte Corday, famous for the assassination of Jean-Paul Marat during the French Revolution, manifests befittingly as the Assassin of the 4th Anniversary's Bronze Servant batch. Her kit is decidedly offense-oriented, with her being a single-target Arts damage dealer with instant death effects.

Charlotte's skill kit is largely selfish, with the most interesting skill in her kit being Haphazard Planning, which provides one random effect of either Arts, Crit Damage, or NP Damage buffs, all at decent values. She also has a self attack buff that grants her a turn of Ignore Invincible and increased Debuff Resist for three turns from Iron Determination. Finally, Angel of Assassination is her primary defensive skill, providing a 2-time evade for 3 turns, while also boosting her Instant Death success rate buff for a turn. The Instant Death buff complements her Arts NP, Le Rêve Ensoleillé, which will remove Evasion buffs before dealing DEF-ignoring damage, and a chance to inflict Instant Death scaling with overcharge.

Her Arts/Quick/Extra cards have decent hit counts, giving her decent NP gain off an AQA chain, although her NP itself only has 1-hit so it is not a strong candidate for NP looping. Her chance-based third skill can also make her performance somewhat unpredictable, although it should be noted that all three effects are decent. Her low rarity means her stat caps are much lower than most Servants, which unfortunately hampers her performance as a whole.

Overall, Charlotte Corday fills out the bronze Servant Assassin roster with a new addition to the ST Arts Assassin list, and she performs decently enough to fill the role of a Servant capable of inflicting Instant Death if the situation calls, while dealing some pain to Rider enemies here and there. And if Masters opt to invest in her, they will be rewarded with a smile from her small angelic egg companion.

Having access to Ignore Invincible on demand, Charlotte Corday can essentially ignore any Evade or Invincibility skills for a turn if the situation arises. Evade/Invincibility periodically appears on Rider class enemies, particularly Servants, for which Charlotte Corday would most likely be used, so this skill may come in handy decently often.

Charlotte Corday is a relatively easy-access Servant available in the Friend Point summoning pool with a notably high Instant Death rate, allowing her to fill in for this role for Masters with underdeveloped rosters if an encounter calls for it. Her death rate of 160% at skill level 10 without overcharge is well above average for instant death effects, only beaten by Servants such as First Hassan and Ryougi (Assassin). This effect is still quite niche, however, given many bosses are entirely immune to instant death, but is still useful to have.

As with most Bronze Servants, Charlotte Corday's performance ceiling is somewhat hampered by her Bronze Servant status, which naturally will come with lower stat caps, even with grailing. Both her HP and ATK stat are low, making her damage output somewhat low while also making it a bit more difficult to keep her on the field.

Her third skill will randomly select one of three buffs, all of which last three turns. The Arts buff is arguably the most effective one, given it will affect the NP Gain and damage of her Arts Cards and NP. The NP Strength buff provides the largest boost to her NP Damage, although its three turn effect may be difficult to take advantage of due to her lower NP refund without the help of supports. Finally, the Critical Strength buff has decent value, although she lacks any instant star generation skills or star gather increase buffs, so it can be somewhat difficult to fully take advantage of this buff as well.

Charlotte's skills all help with her performance one way or another, although the skill that has the best scaling per stat level is probably her third, despite it having built-in randomness. Maxing her skills is not the highest priority, although if Masters are planning to use her often, then higher levels in all her skills are not unwelcome.

Charlotte benefits from Craft Essences that can either provide additional NP Gauge, NP Damage, or Arts Performance buffs, if building her offensively. Given Charlotte has no source of instant NP charge herself, starting NP Gauge will go a long way in helping to give her access to her NP more quickly.