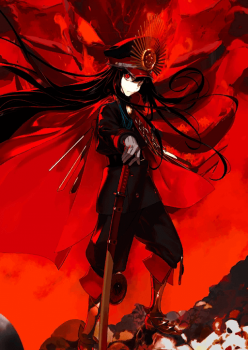 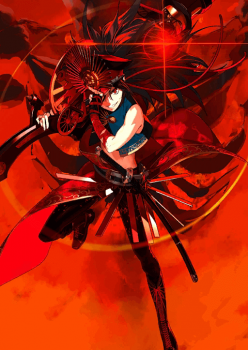 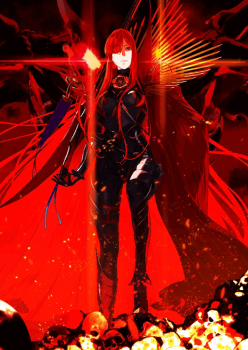 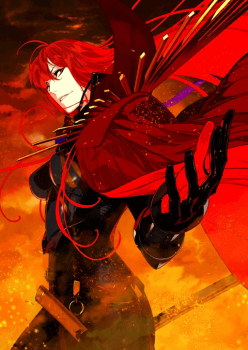 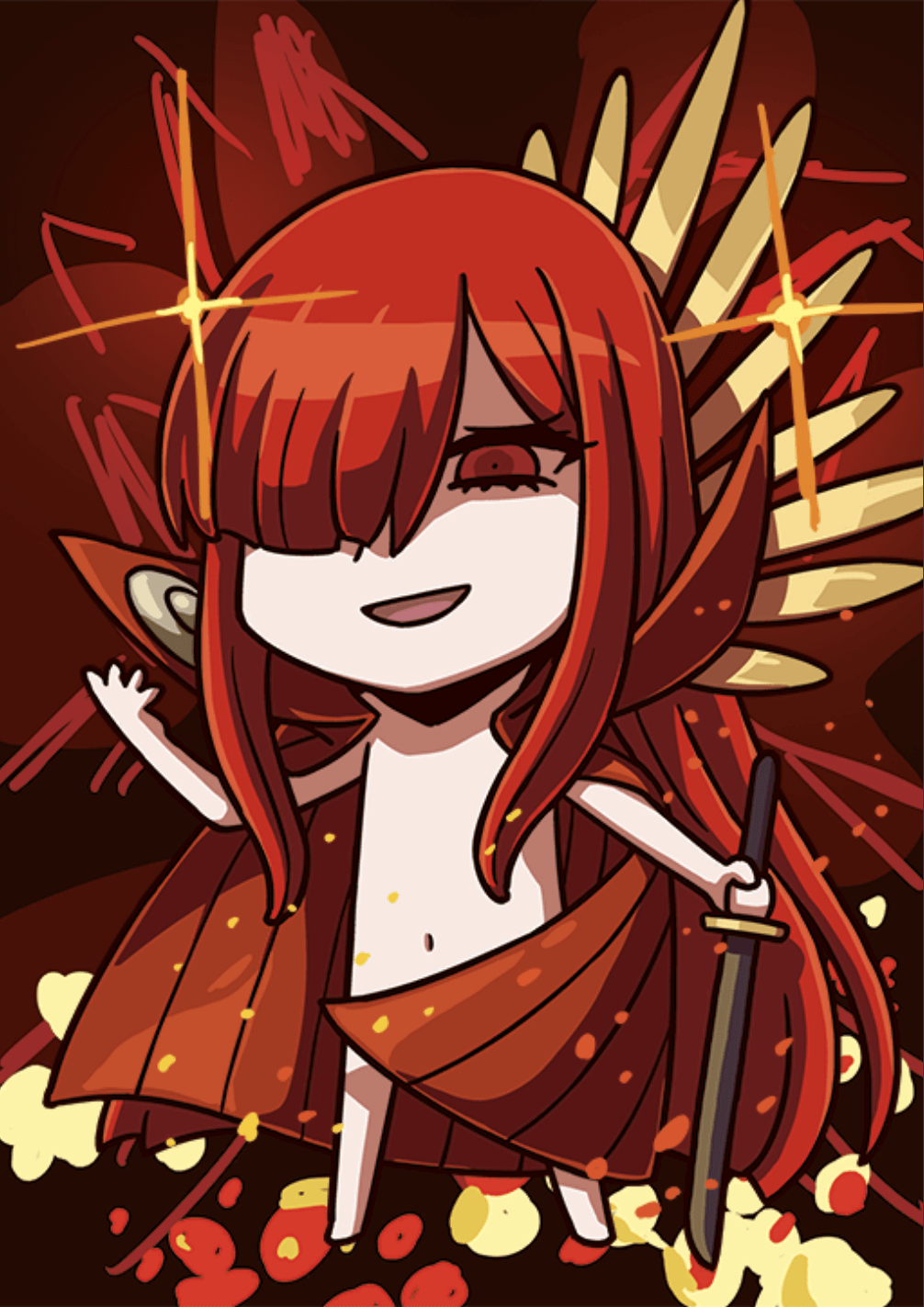 Can't Be Helped A-

Increase own ATK every turn (3 turns).
(Starting on turn 1, reaching max at turn 3, and ending turn 4)
See info for exact multiplier for each turn.
Apply [Burning] field status to self (3 turns).
Inflict Burn to self (3 turns, 1000 damage per turn). [Demerit]

It Is But a Dream B

Apply Invincible to self (1 turn).
Increase own Buff Removal Resist (1 turn).
Apply Special Attack [Heaven] Attribute to self when on a [Burning] field (3 turns).

Increase NP Gain when damaged by 17.5%.
Decrease Debuff Resist for all allies (including sub-members),
except yourself by 7.5%. [Demerit]

Increase your Critical Strength by 2%.

Increase NP Gauge each turn by 3.3% for yourself.

Pāpīyas Reborn, Demon King of the Myriad Heavens A-

When equipped on Demon King Nobunaga,
Increase Party's Buster card effectiveness by 15% and NP Damage by 10%, and reduce Party's Defense by 10% [Demerit] when she is on the field.

“Me, an Avenger...Wahahaha! How karmic!”

There are never enough Nobus, so we now have a new one who fits under the “gender unknown” category. As an AoE Buster Avenger, Demon King Nobunaga (Avenger), who shall from now on just be called “Big Nobu” burns through all Rulers in their wake… at least when there is a wave of multiple Rulers to take care of.

Big Nobu is primarily a damage dealer, and a selfish one at that. They primarily work by gaining Attack power via Can’t Be Helped A- and then unleashing it on turn three. Another advantage comes in their Noble Phantasm, which strips defensive buffs first and make it unavoidable, and especially painful against Divine enemies. Lastly, they do have fairly good NP Gain with both a charge on Demon King of the Seventh Heaven EX and good passives.

That said, Big Nobu does not find much practical usage. They are classed as an Avenger, which means their primary advantage comes against Rulers. They have an AoE Noble Phantasm as well, and there are rarely situations in the game where a Master faces multiple Rulers at once. That, combined with no passives and only one damage buff, leads to low damage overall. Their survivability is also in question as, while they have a 1-turn invincibility from It Is But a Dream B+, they take Burn damage from their skills and are saddled with low HP. They also provide nothing to the party in most cases, even taking away defensive resistance.

Big Nobu will one day shine as bright as the heavens thanks to their brother and bring enemies to their knees. For now, they mainly turn fields into fire and attack Rulers, albeit with unparalleled style.

Big Nobu’s Noble Phantasm makes her a pain to fight as an enemy, as it will remove all defensive buffs from Divine targets first. As an ally, this proves useful as they can go through all evasive maneuvers of enemies with Divinity and deal out damage at all facets of the game.

Despite having a Buster Noble Phantasm and a Buster gorilla deck, which normally comes with NP gauge charging troubles, Big Nobu does have a small self-NP-charge per turn passive, a 20% on-demand charge skill, and generates a ton of NP gauge from taking hits.

Big Nobu has almost everything going against them in terms of damage. They are Avenger class, making them hit neutrally against most all enemies. They have no passives to boost damage, and only one attack-buffing skill. Their charge is minimal, making damage CEs hard to field and still find usage. All in all, they hit horrifically low numbers on their Noble Phantasm, and their card damage is acceptable at best.

It’s strange to write Low Durability on a Servant with an invincibility skill, but Big Nobu qualifies for it. They have a low HP pool for a 5-star Servant, and their first skill takes away 30% of it in burn damage over 3 turns. Their invincibility also only lasts a single turn out of six, making it perhaps best saved for burst turns such as enemy NPs, and it is unlikely they’d be able to use it again without external support.

In order to have Big Nobu effectively use their only attack up, they need to be on the field for three turns after activation. This makes them poor as a swapsuit option for a final wave. Their passive also permanently decreases debuff resistance for all members while only generating a handful of stars, making them a pain for the rest of the team.

As a primarily selfish damage dealer, Big Nobu’s skills revolve around increasing damage and availability of Noble Phantasms. Masters primarily will want to work on improving the Noble Phantasm-centric part of their kit before the damage part, given their NP is the largest burst of damage they are capable of providing.

How do you all stay F2P with Fate Grand Order?
I really need to learn to conserve my funds especially since I also play FEH and I…
Melt (Lancer) General Discussion
Apparently one ice skater wasn’t enough, and so we have not only da Vinci (Rider) but…
Busti's Stall Diary Chapter #344: A Not-So-Mysterious Alter Ego
Melt, I know your a sadist and all, but please don’t make this hurt too much. Thankees…
Is there a way for me to tell when a Servant will be on rate up next?
There are a few that I really want but I don’t know when they are gooing to be on rate…
LB6 New Class (Spoiler Warning !)
Warning ! This video solo purpose is for your saint quarts management. aka skill…
Read More