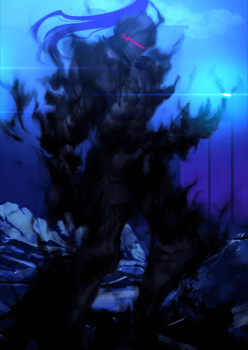 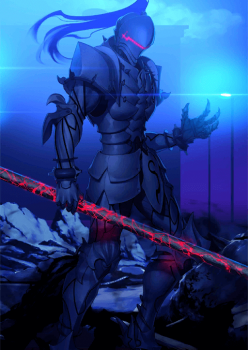 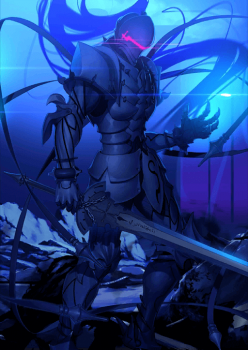 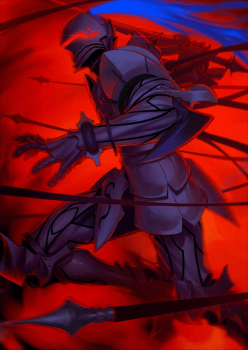 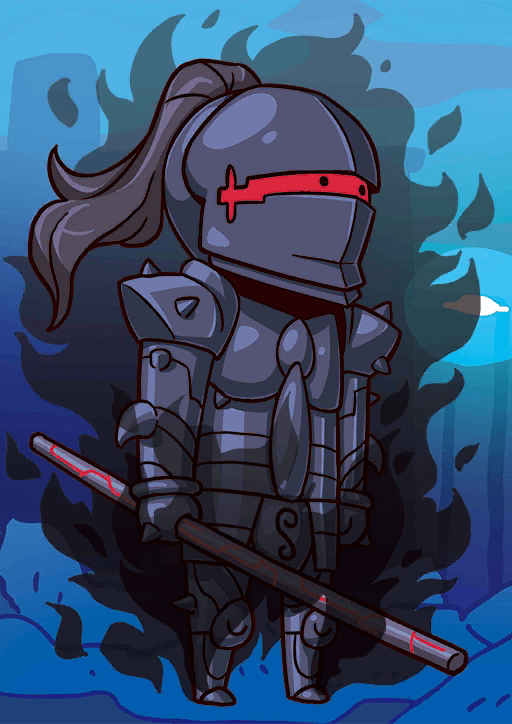 Protection of the Spirits A

Knight of Owner A++

A Knight Does Not Die Empty-Handed

When equipped to Lancelot only,
Increase own NP Strength by 30%.
30% chance to decrease the target's Critical Rate by 10% (3 turns) each time you attack.

Known as the knight whose adulterous affair with Queen Guinever brought the ruin of Camelot, Sir Lancelot’s guilt eventually drove him into madness, resulting in his appearance as a Berserker. Ingame, Lancelot (Berserker) is a glass cannon most well-known for his AoE Quick Noble Phantasm, as well as the critical-oriented playstyle he sports.

After a certain Quick support’s release, Lancelot’s greatest asset proves to be Knight of Owner’s 10 hit count. With a Starting NP Gauge CE, sufficient Quick Performance and/or NP Gain buffs (including his own third skill Mana Reversal), the NP’s massive hit count and AoE nature allows the Knight of the Lake to overcome his awful base NP Gain, granting him enough NP refund to perform NP looping. Furthermore, Knight of Owner applies a 3-turn Attack buff with every use, and Lancelot complements his NP damage with solid single-target damage through his critical hits, which can be guaranteed through Eternal Arms Mastery and Protection of the Spirits. To top it all off, Lancelot’s Berserker class means that he performs effectively against enemies of most classes.

On the flip side of the coin, Lancelot’s greatest weakness is that his primary playstyle requires specific supports and CEs to be effective. Without access to these things, Lancelot’s horrible base NP gain means that he will likely be unable to fire more than a single NP for the whole stage, which in turn cripples his damage and critical capabilities (as his NP also acts as a primary source for critical stars). This problem is exacerbated by Lancelot’s nonexistent survivability, which leaves him vulnerable towards stray critical hits even in well-supported teams.

Overall, Lancelot is the type of Servant who can be summed as ‘go big or go home’. With proper supports and CE, he would be an unstoppable farming machine, but otherwise, Masters can only sigh whenever they see him, imagining what could have been.

Knight of Owner’s incredible hit count means that any NP Gain or Quick Performance buff will greatly increase its NP refund. The use of Scathach-Skadi setups allow Lancelot to perform his NP every turn for three turns with ever-increasing damage (due to the NP’s attack buff), turning him into a very effective farming machine.

In addition to his NP damage, Lancelot’s critical affinity provides him with a way to deal with higher-health bosses. Boasting three Buster cards as well as buffs from Knight of Owner and Mana Reversal, his Critical Brave chains are capable of depleting the health bars of most stages’ bosses.

In terms of farming, Lancelot’s Berserker class provides a unique advantage in that he can be brought to more stages overall than most of his competitors, minimizing the need of switching teams and therefore greatly increasing the value of investing into him.

Much of what Lancelot brings to the table requires rather specific compositions in order to even work, which means that his value decreases massively without access to said compositions. This reliance is caused by very fundamental problems in Lancelot’s kit, which will be explained in the following points.

Lancelot’s poor base NP Gain is something that is widely known, and while this is a bad enough problem on its own, it also affects his star generation capability, which is tied to Knight of Owner. In turn, this also cripples Lancelot’s critical damage aspect, leaving him with little more than his hard-hitting Buster cards to rely on.

Lancelot has zero ways to protect or sustain himself, which leaves him as one of the squishiest Servants in the game. In fact, his lack of survival is such that he sometimes struggles to survive even in the most well-supported of teams. In short, it’s very much a ‘kill or be killed’ scenario with Lancelot, and the best way to avoid him dying to a stray critical or another is to end the stage as early as possible.

As a farming-oriented Servant focused on quickly finishing the stage, Lancelot rarely uses his skills more than once a fight, which means that his skill leveling priority focuses more on getting as much immediate advantage as possible. In general, it is recommended to have his third skill maxed, and his first skill at relatively high levels (6-10). His second skill, on the other hand, can be left at a lower level for the most part.

Which will you roll first? GSSR or Castoria
Which are you rolling first? Click to view the poll. I’m interested to see peoples…
Are craft essences just glorified fanarts?
textextextextextextext 13 posts - 11 participants Read full…
FGO 7th Anniversary Servant Poll Thread
So, we’re about a month out from FGO’s 7th anniversary. We’re about to be due for…
Busti's Stall Diary Chapter #520: 7 years and going strong, it's the journey of a lifetime!
7 years ago, a small company in the recesses of urban Japan collab’ed with a doujiin…
What is your opinion on fate/ redline?
I just caught up on the most recent chapter of redline after finding out about it. I…
Read More