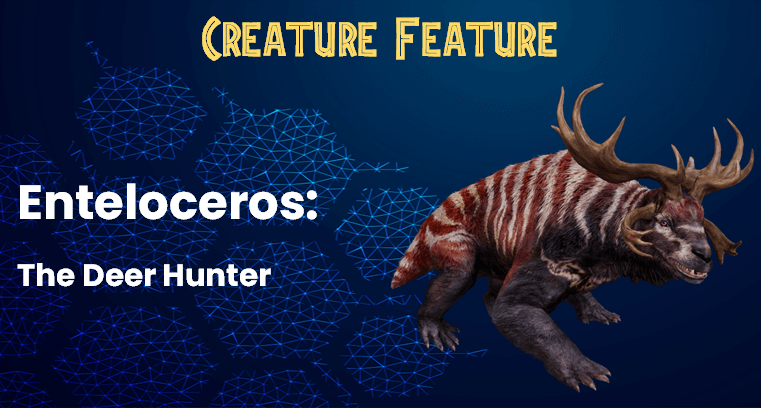 When it comes to broken creatures, you've had many creatures that fit this category. Entelomoth, Mammolania, and Geminititan before 2.0 are perfect examples. However, with almost any Ludia game, you can be broken strong or the game just doesn't work with you, and right now, Enteloceros seems to be one of the most broken creatures in the game right now with its rampage not working right upon release and now being a hologram in the lab when unlocked. However, is Enteloceros just this kind of broken or both types of broken?

Starting unboosted, Enteloceros has some really solid base stats.  4500 hp and 20% armor makes any creature decently bulky,  and Enteloceros can tank a few hits. Enteloceros also has decent output with 1300 attack and a 10% critical hit chance to give it a bit of extra oomph. As for the moveset, it has mutual fury and dig in to speed up and cleanse,  superiority strike to have better speed control and to work around dodge and distraction, and revenge group shattering rampage, which allows it to bypass absorb on revenge, and act as a shattering rampage. And on top of all of that, it has a plethora of resistances with vulnerability and stun immunity as well as deceleration, pin, and rend resistance. And with swap in slow, it can still be useful as something to sack to set up a sweeper.

Boosting can make a the difference in JWA. Some creatures rise from mediocrity while others fall into it. Enteloceros cannot escape this fact of the game. I thankfully have Cesar from Olympus Rex here to help me talk about Enteloceros and help you decide if it's the creature you are looking for.

What is the best boost spread for Enteloceros?

Focus on attack and hp. Enteloceros has great bulk and decent output, and combined with mutual fury, that output can be a major pain in the rear for anything. So shoot for a bit over 2000 damage and then dump almost all the rest into hp to really make it bulky and hard to take down. Cesar says speed isn't that important as most of the things it wants to outspeed are either slower than it or can be outsped with a dig in or mutual fury, so it's just a waste at that point.

What are the major strengths of Enteloceros in the arena and tournaments?

Cesar points out how big the resistances are. Stun immunity is always big, and with Ankylomoloch and Megalotops looking like good picks, it's no wonder why you want to be immune to stuns. Also vulnerability immunity is nice with creatures like Mammotherium, Megistocurus, Testacornibus, Skoonasaurus using vulnerability to deadly effect. Rend resistance came out of no where, but comes in handy against creatures like Grypolyth, which also hates the pin resistance on it. And while not immune to slow, it can gain priority pretty easily, and in fact can use that weakness to its advantage with mutual fury. On top of this, you also have the good stats holding it up.

What are the biggest weaknesses of Enteloceros?

Cesar says that its rampage is a bit of a setback as it is essentially a defense shattering rampage with an extra cooldown without revenge, and even then revenge shattering rampage would still probably be more useful. And without its rampage, Enteloceros relies a bit on stalling to get it back up, which may not always work. It also is not a fan of Phorurex, especially when injured. It also doesn't like to see Indotaurus come in, especially when it can cloak.

What future do you see for Enteloceros?

Cesar says that as long as Testacornibus is relevant, Enteloceros will be too and his will remain on his team until Testacornibus fades away. With its powerful kit and resistances, the future looks bright. The moves are somewhat outdated, but it will still be able to compete with the future legendaries and maybe the newest uniques. It has options to deal with some things and the stats to back it up.

When it comes to using Enteloceros in battle, Cesar says there are 2 prime times to bring it in. First up is a late game sweeper. With big damage and bulk on something with good speed, it can take down a bit, especially after being injured throughout the battle. Another big time to bring in Enteloceros is when Testacornibus shows up. Swap in on it turn 1 and win by going for mutual fury and then either rampage or dig in followed by rampage depending on what the opponent does. In certain settings it can be an opener, but you should keep it in the back if you have something else.

That's Enteloceros. Overall a very good legendary with many options and good stats that keep it going. Sure it lacks stuff here and there, but what doesn't? Thank you all for reading and make sure you stay tuned tomorrow for the final creature feature of the year. Also, I hope everyone has a Merry Christmas. Happy Playing!