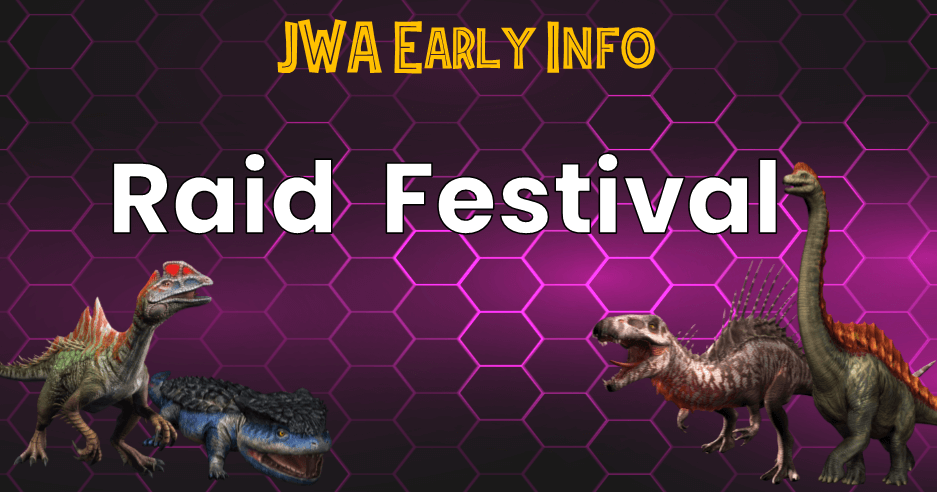 Explorers! We have an exciting couple of RAID themed weeks ahead, and Ludia shared the following information with us so we could share it with you. They have provided the most recent information available at this time. The information is considered not final and subject to change if necessary. Let's see what we have to look forward to!

From September 20th to October 3rd, we are invited to celebrate Raids and the creatures who perform well in them with two weeks of special events and featured creatures! "Let's show those Raid Bosses who the REAL boss is!".

As an added bonus, the Carnotaurus raid will make a second weekly appearance each week on Saturday (September 25 and October 2nd).

Below is a list of creatures that will be featured under the green supply drops during this 2 week event. 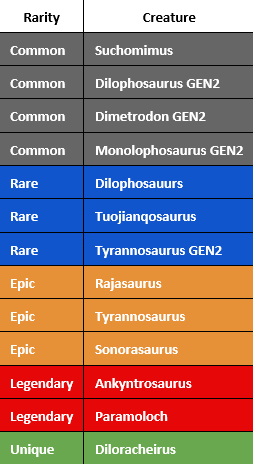 This looks like a pretty exciting two week event that will help us all improve our raid squads! As always, we will have the weekly guide out on Monday letting people know more information and what we suggest you should go after. In the meantime, if you want to chat about it more, make sure to head over to our discord!